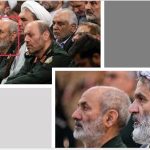 Can Mohammad Kazemi save the IRGC Intelligence Organization of the Iranian regime? 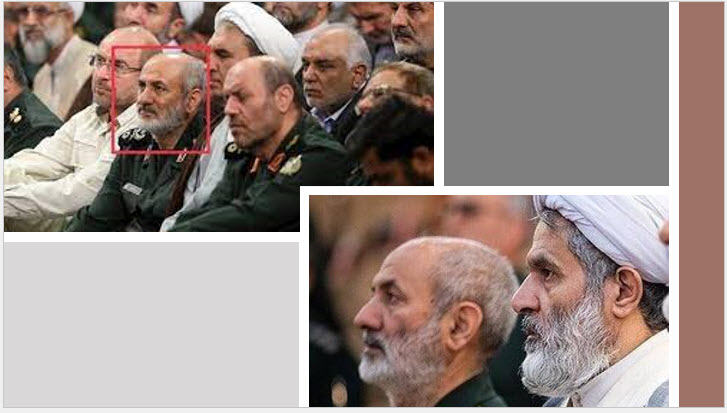 On June 23, IRGC Brigadier General Mohammad Kazemi was named as the new leader of the IRGC Intelligence Organization by IRGC Commander-in-Chief Hossein Salami.

Hossein Taeb the former commander of the IRGC-IO, was deposed after 13 years in office, following a series of assassinations of IRGC commanders and numerous operations by the Iranian Resistance Units against the regime’s oppressive centers. Sacking Taeb, a confidant of Ali Khamenei and his son Mojtaba, reveals the extent of what Khamenei refers to as the “crisis of infiltration” in the security apparatus of the regime.

Since its founding in 2009, the IRGC-IO has been directly supervised by Khamenei and has served as a security agency separate from the regime’s Ministry of Intelligence and Security (MOIS). By suppressing domestic dissent at home and exporting terrorism abroad, Taeb demonstrated his loyalty to Khamenei. However, as the number of assassinations carried out by the regime’s foreign adversaries and operations carried out by the Iranian Resistance increased, Khamenei recognized the faltering state of the IRGC-IO. He named Kazemi as the new leader of the IRGC-IO to put an end to the “crisis of infiltration.” But who is Kazemi?

Mohammad Kazemi was not a public figure prior to his appointment as the new head of the IRGC-IO. Since 2009, he has served as the head of the IRGC’s Intelligence and Information Protection Unit. The IRGC’s counterintelligence organization is in charge of locating spies and thwarting attempts to infiltrate the security services. As a result, the organization works in the shadows. While in charge of the political-security surveillance of the IRGC commanders and its members, Kazemi made an effort to stop the leak of sensitive information outside the IRGC.

Kazemi is regarded as the top representative of the IRGC, according to information gathered by the Error! The hyperlink reference is not valid. He examines each IRGC commander and certifies each mission. Even Mohammadi Golpayegani, Khamenei’s chief of staff, and Vahid Haghani, his closest ally, are prohibited from altering the security system of the regime without Kazemi’s approval. 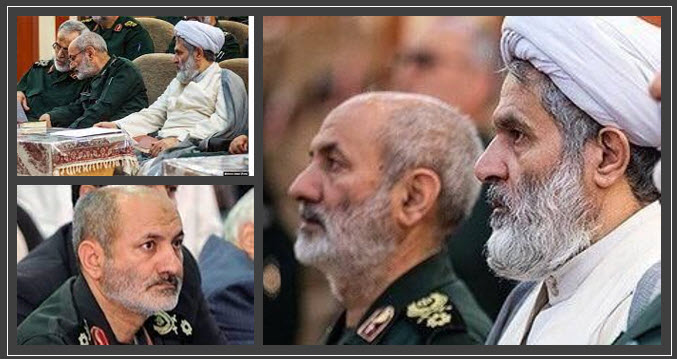 Kazemi is regarded as the top representative of the IRGC, according to information gathered by the He examines each IRGC commander and certifies each mission.

Information Protection Organization for the IRGC

Through the IRGC commander-in-chief, Khamenei directly appoints the leaders of this group.“Mohammad Kazemi has been in charge of the IRGC secret box. Khamenei’s emphasis on preventing the enemies’ ‘infiltration,’ offers some insight into his appointment,” the state-run Iran Dideban wrote on June 23. Khamenei appointed Kazemi as the new leader of the IRGC-IO despite the fact that he has been unable to stop infiltration in the IRGC in recent years. Wouldn’t it have been preferable to choose a person who was more “capable”?

However, Kazemi’s “loyalty” to Khamenei and his “cruelty” in dealing with the intruders and spies take precedence over his ability. Kazemi is highly regarded by Khamenei and his son Mojtaba, in contrast to Taeb, who lost his credibility after countless unsuccessful operations. As a result, Kazemi will concentrate on quelling espionage and putting an end to any dissension within the IRGC. The recent events in Iran highlight the fact that the entire IRGC-IO is like a “beehive” full of agents and spies of the regime’s rivals, so Khamenei will ultimately not benefit from this.

Khamenei’s failure to “clean up” and unify the IRGC-IO is demonstrated by the recent arrest of IRGC Brigadier General Ali Nasiri, a top security official. Although doing so would deal a serious blow to the IRGC-oppressive IO’s apparatus, Khamenei should dismantle the organization or deal with infiltration.