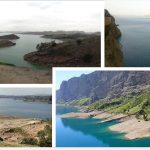 Dez river dries up: Another victim of the regime’s poor management of Iran’s water

Written by Mohsen Aboutalebi on July 1, 2022. Posted in NEWS 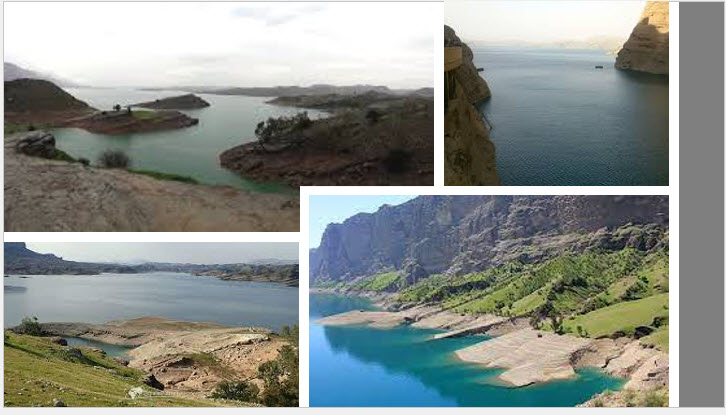 Dez river joins the Karun River after flowing through the cities of Andimeshk, Dezful, Shousha, and Shushtar and irrigating nearby farms.

Another river in Iran has dried up as a result of the Iranian regime’s insistence on building pointless dams and diverting rivers.The Caesar and Bakhtiari rivers originate at the Zagros springs of Qalikuh and Oshtrankouh. These two small rivers merge to form the Dez River, a larger river that travels through the province of Khuzestan.  This river eventually joins the Karun River after flowing through the cities of Andimeshk, Dezful, Shousha, and Shushtar and irrigating nearby farms.

According to the Mehr News Agency, the drying up of Karkheh is largely due to poor management of water resources and unsustainable dam construction. The water supply plan for the cities and villages of Khuzestan was provided from the Dez River in accordance with the “Ghadir Plan” because the Karkheh River was in a critical situation for the second year in a row. After Karkheh, the Dez River is now affected by the water crisis, and it has dried up.

The state-run daily Iran added: “In recent days, environmental activists, and residents of the downstream of the Dez River in the Shoaibiyeh area of Shushtar in northern Khuzestan have released videos depicting the catastrophe of the Dez River drying up. Criticizing the reduction in the outflow of the Dez Dam of the river upstream, they launched the hashtag  (free the water right of Dez)  and demanded the flow of water in the Dez River.” 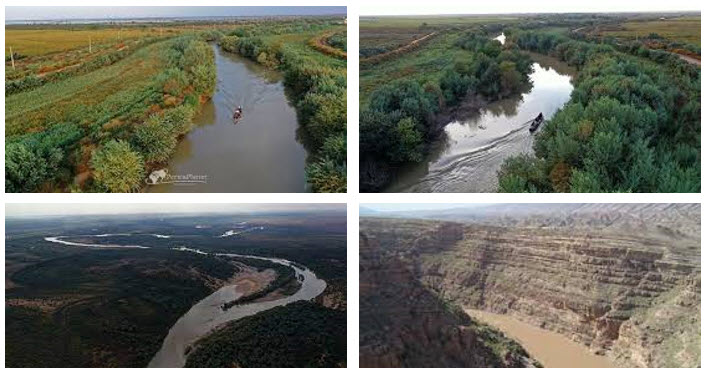 The Karkheh River was in a critical situation for the second year in a row. After Karkheh, the Dez River is now affected by the water crisis, and it has dried up.

The state-run daily Fararu referred to the destruction caused by these factories and companies: “Increased water consumption by sugarcane crops and industries, including Haft Tappeh, Miyan Ab, Dehkhoda and Shoaibiyeh sugarcane crops in summer, is reducing the water of this river.”

The project to transfer water from the Dez River’s tributaries to Qom and Arak is another reason why the Dez River is drying up. Three water transfer projects with a combined volume of 365 million cubic meters have been put into action thus far: Qamroud 1 and 2, as well as Kamal Saleh Dam. 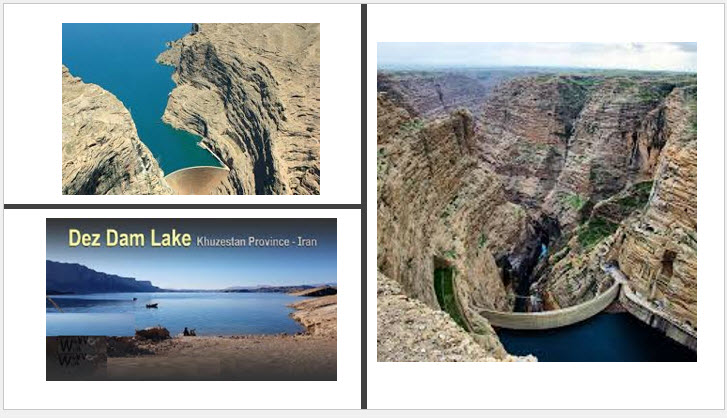 The high energy consumption of industrial plants controlled by the Revolutionary Guards of the regime and associated private companies is another factor that has caused the water levels of this river to drop.

The villages of Chois, Abutoyur, and Beit Fanian are among the approximately 10 villages in the downstream of this river that are located in the Shoaibiyeh section of Shushtar and have been struggling with the river’s complete dryness, Fararu continued.

The director of the Romaneh Environmental Association told IRNA: “It has been about a week since the Dez River in the downstream close the villages of Shoaibiyeh district has dried up completely such that the riverbed is visible. “We have been facing water shortages for several years and the water of the Dez River has decreased a lot in recent months, but this is the first time that the river has dried up completely.” 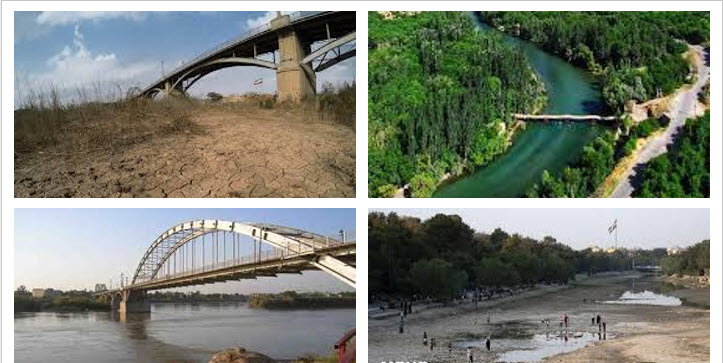 The water supply has currently been cut off to the villages in this area. People in rural areas are compelled to use the leftover river water for washing and sanitation because their water pumps cannot collect any water.