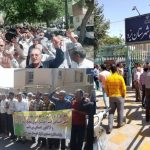 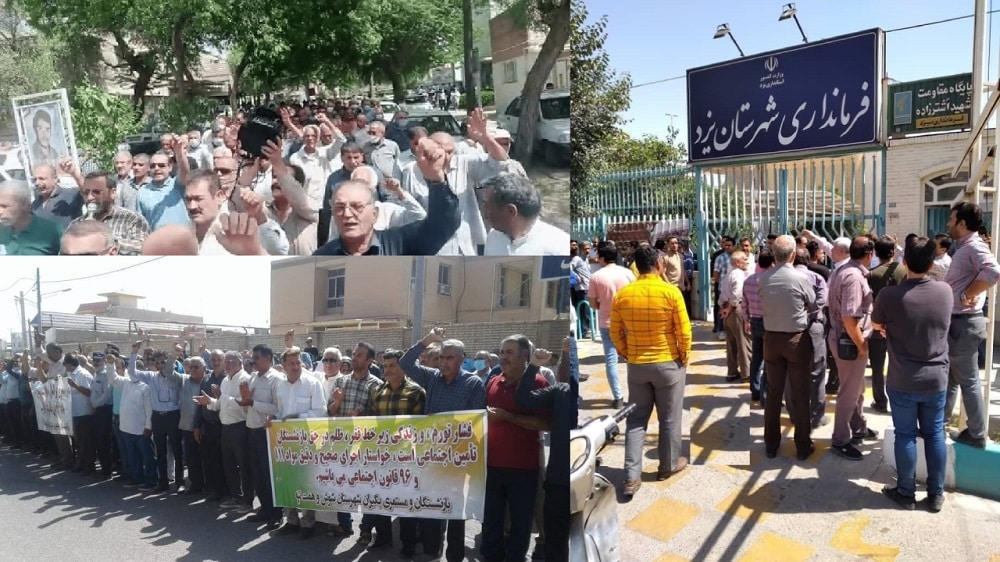 In Tehran, automotive parts vendors in Cheragh-Bargh Street went on strike and marched towards Lalehzar, urging other bazaar merchants to strike.

As of this morning, stonecutters workshops have been on strike in six cities in Isfahan province, including the industrial town of Mahmudabad, Rezvanshahr, Maymeh, Najafabad, Shahin Shahr, and Dolatabad. Unprecedented tax increases, a 500 percent increase in electricity prices, power outages, a 100 percent increase in gas prices, rising workers’ wages, and lack of water supply for stone cutting was the stated reason for the strikes. 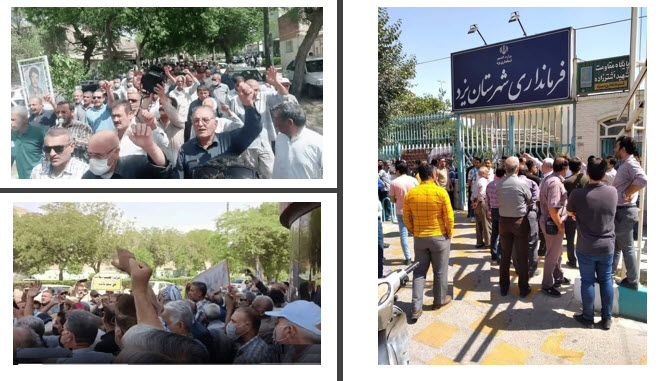 Pensioners gathered and marched today in various cities, including Ahvaz, Shushtar, Zanjan, Bandar Abbas, Abadan, Shush, Kerman, and Rasht, to protest low wages and failure to meet their demands. They chanted: “Liar Raisi, what happened to your promises,” “Both the parliament and the government are lying to the nation”, “Our tables are empty, enough of empty promises,” and “No more humiliation. Either death or life”, “We will not accept humiliation,” “Deceitful government, give us our rights back.” Repressive forces in Tehran and Tabriz prevented the formation of rallies.

In addition to bazaar merchants and pensioners, workers at the Arak Aluminum, Arak Azarab, and Kangan Petropalayesh factories went on strike today. The families of the arrested teachers in Saqqez also gathered outside the city’s central prison to demand the release of their loved ones. 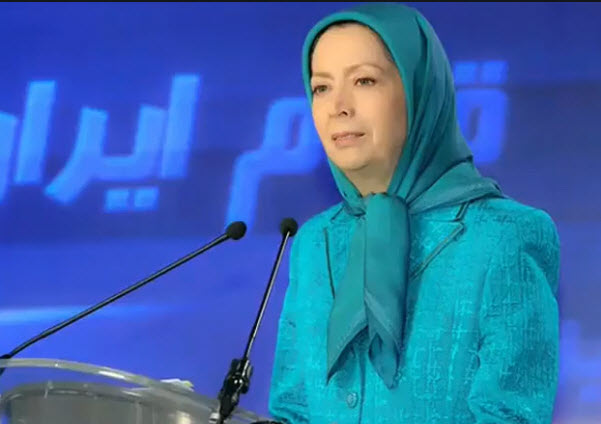 Ms. Maryam Rajavi hailed pensioners and bazaar merchants who, despite the onslaught of repressive forces, once again shouted their inalienable right to life and freedom in various cities. She stated that their resistance to arrest and in the face of regime violence was a testament to the fact that the Iranian people are determined to overthrow the clerical regime and are not afraid of anything.