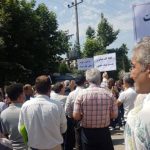 Iran: Nationwide retirees protests continue for the sixth day in a row 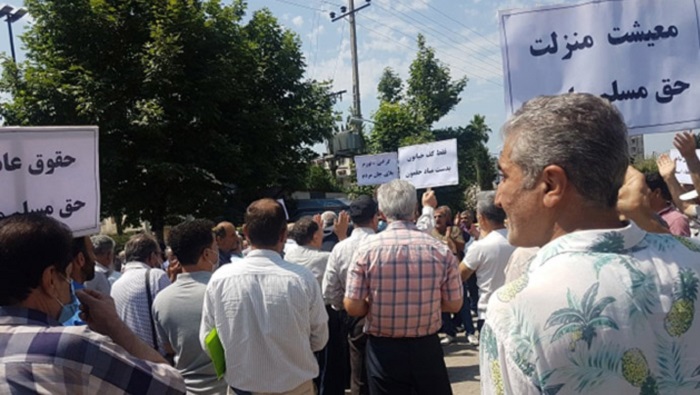 For the sixth day in a row, Social Security retirees and pensioners rallied in several cities, protesting the government’s failure to respond to their outstanding demands regarding low wages and pensions, insurance issues, and poor living conditions. Demonstrations were reported in a number of cities, including Ahvaz, Kermanshah, Borujerd, Bandar Abbas, Sari, Isfahan, and Zanjan.

These regular protests come after two waves of intense anti-regime demonstrations in Iran in the last two months, sparked by deteriorating economic conditions, rising inflation, and skyrocketing prices of food staples such as bread, milk, dairy products, eggs, poultry, and cooking oil. At the same time, Iran’s national currency, the rial, has continued to fall and is now trading at nearly 330,000 to the US dollar, its lowest level ever.

The retirees and Social Security Organization pensioners have previously held weekly rallies, but this is the first time they have gathered for several days in a row. Despite the regime’s heavy security measures, the protests continue. Security forces reportedly attacked demonstrators in Tehran and arrested several people, according to reports. Security forces attacked demonstrators in Shiraz as well. To put down the protests, a large contingent of anti-riot forces was dispatched to the city.

Raisi made bold promises to eradicate poverty and improve the country’s economic situation after taking office in August 2021. Prices of basic goods are skyrocketing less than a year into his presidency, inflation is at an all-time high, and the value of the rial continues to plummet. Protesters in Kermanshah, western Iran, chanted “Death to Raisi!”

The elderly and retirees are among the hardest hit groups in society. The regime has refused to raise their pensions in line with rising inflation and the national currency’s depreciation in value.

In the new Persian calendar year, the government was supposed to raise pensions (starting in March). It was also supposed to take care of any outstanding pensions from the previous year. It has so far failed to meet both demands. The regime has approved a ten percent increase in pensions, but its own Labor Council has stated that to keep up with rising living costs and inflation, retirees will need at least a 38 percent increase in their pensions.

The pension fund, which is supposed to pay retirees’ pensions, has been looted on a regular basis by regime institutions and bodies. The regime is facing a growing budget deficit as it continues to spend its wealth on fighting terrorism in the region and pursuing nuclear weapons dreams. It has made up for the budget deficit by raising the retirement fund, raising taxes, and taking money from the poorest members of society.

Protests in several cities have turned into anti-regime rallies calling for the mullahs’ overthrow as a result of the regime’s hollow promises to fix the economy.

The regime continues to fund its military and terror apparatus, funneling billions of dollars into the coffers of the Revolutionary Guards and its terrorist proxies in the region, and spending massive amounts on developing and testing ballistic missiles, while pensioners, workers, drivers, teachers, and other sectors of society are deprived of their most basic needs.