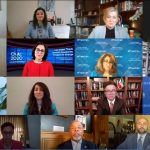 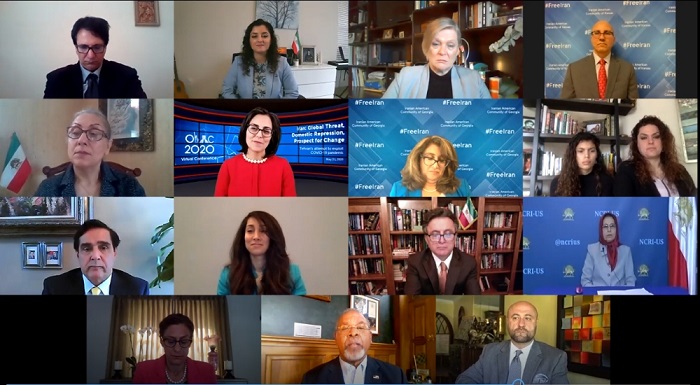 Iranian American scholars: We remain vigilant and concerned about any concession toward Tehran’s terrorist regime. Between the IRGC and the Quds force, there is no distinction.

On Tuesday, April 12, more than 500 prominent Iranian American scholars signed an open letter to US President Joe Biden, urging him to keep Iran’s Revolutionary Guards Corps (IRGC) on the State Department’s list of Foreign Terrorist Organizations (FTO). The Iranian Professionals’ Ad Hoc Committee on Iran Policy spearheaded this initiative. The majority of the signatories are supporters of the National Council of Resistance of Iran (NCRI), an Iranian opposition coalition, and NCRI President-elect Maryam Rajavi’s ten-point plan.

The letter emphasizes that the IRGC is Tehran’s tool for fuelling and expanding terrorism abroad while enforcing harsh anti-Iranian measures across the country.” Removing the IRGC from the FTO list will project blatant disregard for the hope and legitimate struggle of Iranians for freedom and dignity,” said prominent Iranian American scientists, scholars, professors, physicians, industry executives, professionals, and successful entrepreneurs.

“While we welcome President Biden’s opposition to removing IRGC from the FTO list, we remain vigilant and concerned about any concession toward Tehran’s terrorist regime. Between the IRGC and the Quds force, there is no distinction. They work together to fund, promote, and carry out Khamenei’s agenda. In a media interview, Professor Kazem Kazerounian of the University of Connecticut, one of the main organizers of this letter and leading coordinator of the Iranian Professionals’ Ad Hoc Committee on Iran Policy, said, “The current designation is justified and should remain intact.” 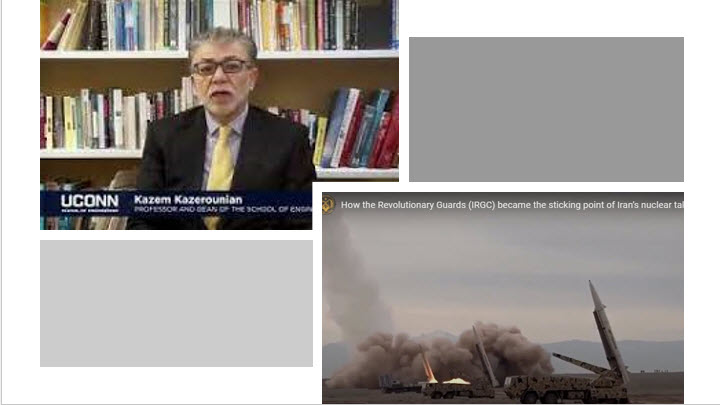 Professor Kazem Kazerounian of the University of Connecticut, one of the main organizers of this letter and leading coordinator of the Iranian Professionals’ Ad Hoc Committee on Iran Policy, said, “The current designation is justified and should remain intact.”

“This regime has survived on two pillars,” University of Connecticut professor and dean of the School of Engineering, Kazem Kazerounian, told Fox News Digital. “One is repression at home and terrorism abroad. IRGC has been the main instrument in securing its survival and pursuing these two sinister objectives… That’s why they are so keen on removing IRGC from the FTO list.”

Despite the fact that the State Department’s FTO list focuses on terrorism, the international community should not overlook the IRGC’s long history of repression of the Iranian people, particularly the killing of over 1,500 protesters during the nationwide uprising in November 2019.

“The letter reflects the views of many Iranian Americans who communicate with family members in Iran, many of whom are victims of the IRGC’s brutal repression at home,” said Ms. Sima Yazdani, an internationally recognized information technology expert.

“The ongoing anti-regime protests in Iran show that the people want the regime to fall. “This regime is weak, lacking in legitimacy, and the MEK, the main opposition, is gaining ground inside Iran,” Kazerounian said, referring to the Iranian opposition People’s Mojahedin of Iran (PMOI/MEK). “For the sake of world peace and stability, we need to take a more holistic approach to Tehran’s problem.”

It’s also worth noting that the IRGC oversees and controls the Iranian regime’s nuclear weapons program and missile development, and they stand to gain a lot from a possible Vienna nuclear deal and removal from the State Department’s FTO list.

“The Vienna talks only serve to legitimize Iran’s brutal and terrorist regime.” There should be no concessions made to the mullahs, the IRGC, or their murderous president Ebrahim Raisi. In an interview with Al Arabiya English, Dr. Shahin Toutounchi, a distinguished engineer from Lattice Semiconductor Corporation, said, “If anything, America must verifiably hold the mullah’s regime accountable for its human rights abuses at home, terrorism abroad, and destructive support for terrorist proxies in the region.”

“It is not by chance that the Iranian regime has prioritized the removal of the IRGC from the terrorist list over all other concerns. Such US action will re-establish this horrible group – on the Iranian people and other countries in the region,” she added, noting that many of those who signed Tuesday’s letter and their families had first-hand knowledge of the IRGC’s heinous acts.