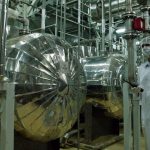 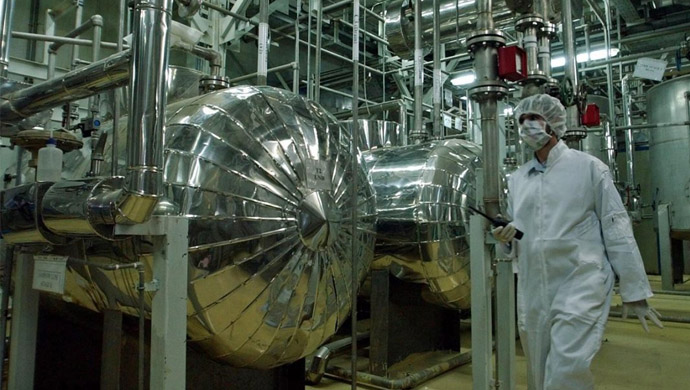 On April 10, about 250 members of Iran’s Majlis (Parliament) wrote an open letter to Iranian regime president Ebrahim Raisi, outlining conditions for ongoing nuclear talks and the revival of the 2015 nuclear agreement. The conditions include legal assurances from the US Congress that Washington will not pull out of the agreement. The lawmakers also want the snapback mechanism abolished, existing sanctions lifted, and assurances that previous sanctions will not be reinstated. Members of the Majlis also want access to all of the regime’s frozen assets.

“The state has stood on its red lines and will continue to do so,” foreign minister Hossein Amirabdollahian said. “We are looking to have all sanctions removed in a way that is dignified and lasting,” Amirabdollahian added, without specifying what these red lines are.

“Our knowledge and technology in the nuclear field are not reversible,” Raisi said at the regime’s exposition on the National Day of Nuclear Technology in Tehran on April 9. our message from Tehran to Vienna is that we will not back off from the Iranian people’s nuclear rights… not even an iota.”

Senior regime officials have made it clear that the regime is desperate to have sanctions lifted. However, the red lines to which Raisi, Amirabdollahian, and other officials are referring are unclear.

The terrorist designation of the Revolutionary Guards (IRGC), which has become a sticking point of the nuclear talks in Vienna, is widely discussed in news reports and analyses. As part of the agreement, Tehran demands that the Revolutionary Guards (IRGC) be removed from the US list of Foreign Terrorist Organizations (FTO). The IRGC’s delisting has become such a contentious issue that it has sparked debate among the regime’s own officials.

Simultaneously, politicians in the United States and the Middle East are warning about the dangers of delisting the IRGC, a move that will almost certainly exacerbate terrorism and chaos in the region. As a result, the regime is now faced with two opposing demands. On the one hand, it desperately needs economic sanctions lifted, but it also needs to keep exporting terrorism and warmongering in the region, primarily through the IRGC and its proxies.

The current geopolitical situation in the region, as well as the current state of the talks, have made it extremely difficult for the regime to achieve both goals, as it did after the original nuclear agreement in 2015.

The US diplomatic team has gone above and beyond to offer the regime concessions and satisfy it. According to reports, the US proposed delisting the IRGC on March 23 if the regime commits to regional de-escalation and abandons plans to assassinate American officials. The regime retaliated by attacking Saudi oil facilities through its Yemeni terrorist proxies, the Houthis. Shortly after, the IRGC issued a statement declaring that its missile program and regional influence were both off-limits.

According to a recent Reuters report, an Iranian diplomat said Tehran had rejected a US proposal to resolve the impasse by keeping the IRGC Quds Force under FTO sanctions while delisting the IRGC as a whole.

The regime has made it clear that it will not compromise on its terrorist activities. Reversing its regional warmongering will, in the words of its own officials, bring the war inside Iran’s borders, where millions of enraged Iranians want regime change.