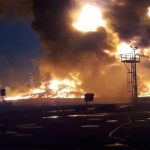 Written by Mohsen Aboutalebi on April 5, 2022. Posted in NEWS 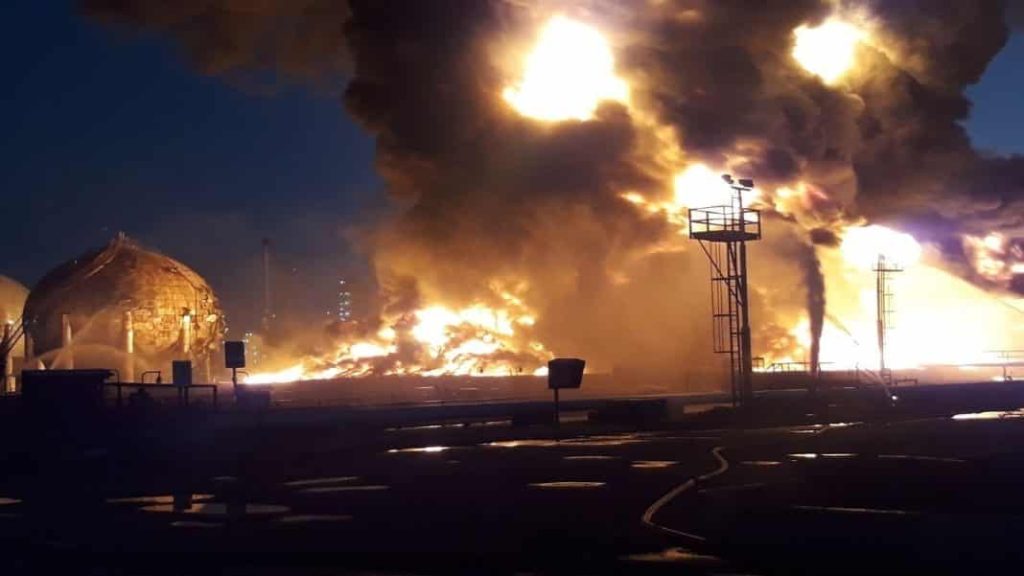 The chemical waste warehouse of Hamour Company, which is located in the Mahshahr Petrochemical Special Zone, caught fire in August 2021.

On Thursday, March 31, two members of the unit were severely injured after an explosion and fire at the Kavoshgaran Petroleum Refining Company, one of the Mahshahr Petrochemical Complex’s sites in southwestern Iran. The official state news agency, IRNA, confirmed the incident and stated that the fire was extinguished and under control. It was reported that two workers from this petrochemical plant had suffered severe burns and had been transferred to Mahshahr’s Hajieh Narges Hospital. According to IRNA, firefighters were able to put out the fire.

The most widespread and destructive fire at an oil facility occurred at the Tehran oil refinery in June of last year, killing one person and injuring another. While some of these incidents are suspected to be deliberate, poor condition and worn-out equipment are also major factors.

Two days earlier, official websites reported a fire at this facility's parking. "The fire's perpetrators were armed and arrested." pic.twitter.com/7hhJueYPR0

This came just three days after the IRNA news agency reported that “the perpetrators of the fire parked in the parking lot of the guest house of Rah-e Avaran Fanun Petrochemical Company in Mahshahr” and had been arrested by police.