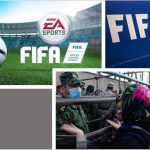 Written by Amineh Qaraee on April 3, 2022. Posted in NEWS 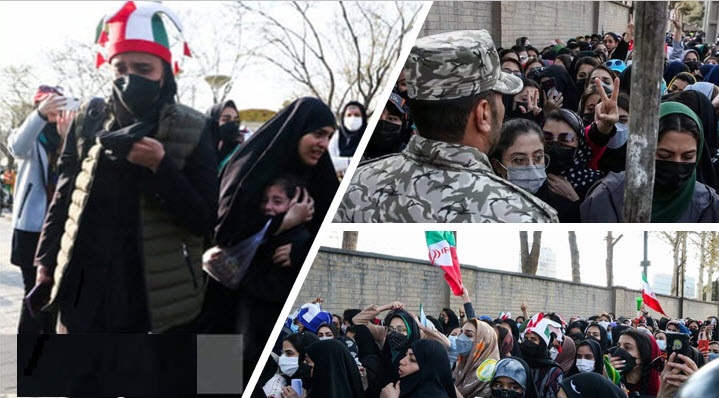 Despite selling tickets to women, officials reportedly barred women from entering the stadium.

On March 29, 2022, the misogynistic clerical regime barred women and girls from entering Mashhad’s Imam Reza Stadium. According to the state-run Asriran on March 30, the women had legally purchased tickets to watch the national teams of Iran and Lebanon play football.

Despite selling tickets to women, officials reportedly barred women from entering the stadium. The State Security Force (SSF) is seen in social media videos spraying pepper gas on the heads and faces of women and girls attempting to enter the stadium.

The National Council of Resistance of Iran (NCRI) Women’s Committee strongly condemns the mullahs’ regime for barring women and girls from entering Mashhad’s Imam Reza Stadium and assaulting them with pepper gas.

“As you are aware, the number of spectators and other issues are coordinated in such competitions from Tehran,” Ali Akbar Hashemi Javaheri, Director-General of the Department of Sports and Youth of Khorasan Razavi Province, said. We were the ones who put the decisions made in Tehran into action. The decision to hold the game in this manner was made at the last minute,” state-run Asriran reported the same day. 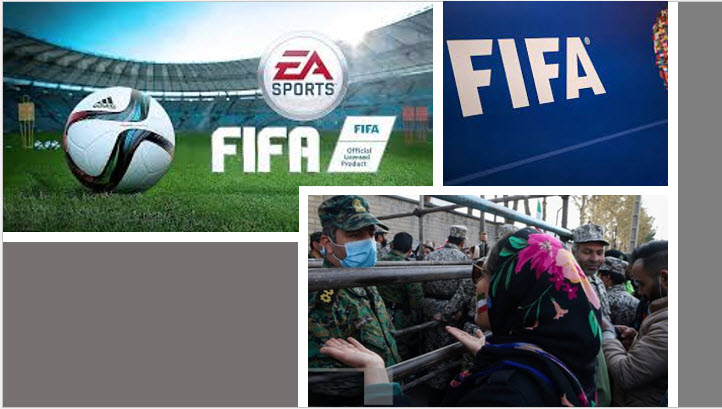 Officials from the World Football Federation (FIFA) and the Asian Football Confederation (AFC) have no right to bar women from entering the stadium, according to FIFA and AFC rules.

“The girls bought tickets to watch football, but their share was the pepper gas!” wrote Mojtaba Tavangar, a member of the mullahs’ parliament, on Twitter. These measures cost the country at home and abroad.”

The decision of the Ministry of Sports was criticized by some social media users. They said the measure foiled the regime’s attempt to deceive FIFA by pretending to allow women into the stadium.

On the evening of Tuesday, March 29, 2022, the national teams of Iran and Lebanon played a football match. This sporting event was one of Qatar’s qualifying matches for the 2022 World Cup, in which Iran won 2-0. 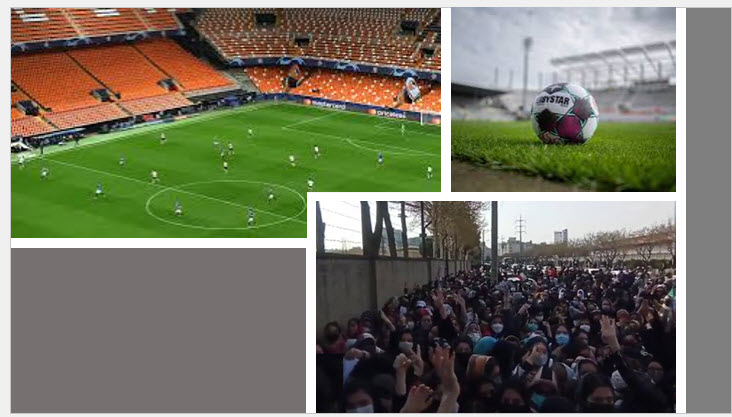 A football match between Iran’s and North Korea’s teams was held at Azadi Stadium without any spectators on October 12, 2021.

The clerical regime allowed a small number of women into the stadium to watch the Iran-Cambodia game two years ago, on October 10, 2019. The move came after Sahar Khodayari, also known as the Blue Girl, self-immolated in September of this year. For attempting to enter the stadium, Sahar was arrested by the State Security Force and sentenced to six months in prison. 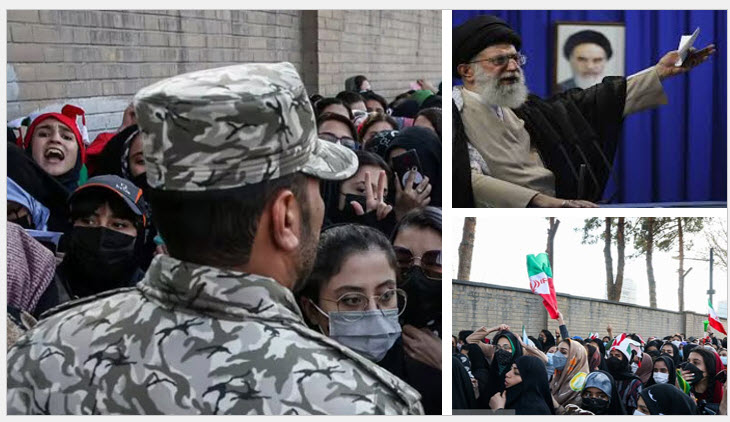 Under international standards, FIFA must support Iranian women and respect women’s rights in this field.