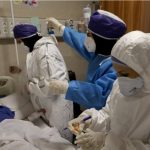 Iran coronavirus update: Over 522,900 deaths, 6th peak to be followed immediately by the 7th 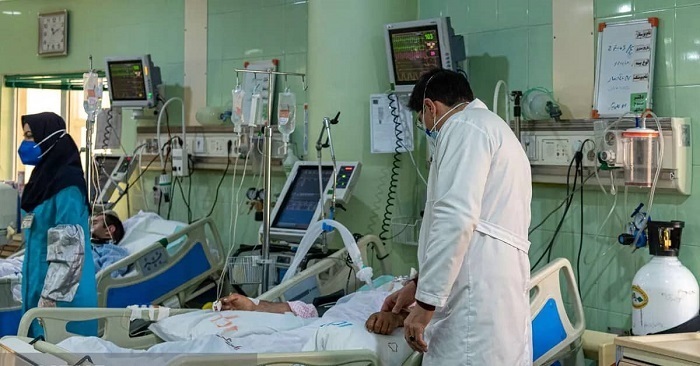 The novel coronavirus, also known as COVID-19, has taken the lives of over 522,900 people throughout Iran, according to the Iranian opposition PMOI/MEK.

Over 522,900 people have died of the novel coronavirus in 547 cities checkered across all of Iran’s 31 provinces, according to reports tallied by the Iranian opposition People’s Mojahedin Organization of Iran (PMOI/MEK) as of Monday afternoon local time, March 14. The official death toll declared by the regime stands at 139,180, around a fourth of the actual figure.

The regime’s Health Ministry announced the mullahs’ engineered Covid-19 numbers from the past 24 hours on Tuesday as 3223 new cases and 117 deaths. 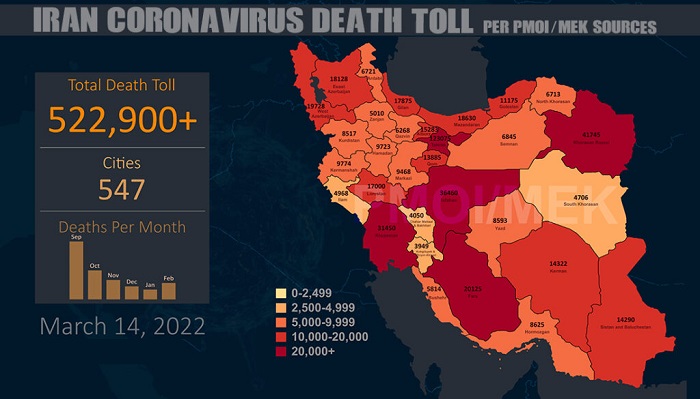 Furthermore, 2531 patients are in ICUs and 675 of the new cases have been hospitalized.

“It doesn’t appear that we are at a stage where I can say we can feel relieved. We have yet to overcome omicron and there are still new cases,” said a member of the National Covid-19 Task Force Scientific Committee on Monday regarding the seventh peak, according to the state-run Mashreq daily.

“The sixth peak has yet to end. We will have the seventh peak afterward. Despite the constant reminders, the Health Ministry failed to analyze the threats inside the cities and different areas. If they had done so we could have imposed more serious restrictions for high-risk areas,” said Hamid Souri, a renowned epidemiologist in Iran on Monday, according to the Shafaqna news agency.

There are currently 15 of 23 cities registered as red zones in Kerman province, five are orange zones and three are yellow zones, according to a report wired on Monday by the regime’s official IRIB news agency.

“We currently have 603 coronavirus patients hospitalized, of which 125 are in ICUs. Furthermore, 16 patients lost their lives in the past 24 hours,” according to a joint statement released on Monday by the Isfahan and Kashan Medical Sciences universities.