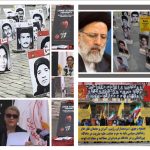 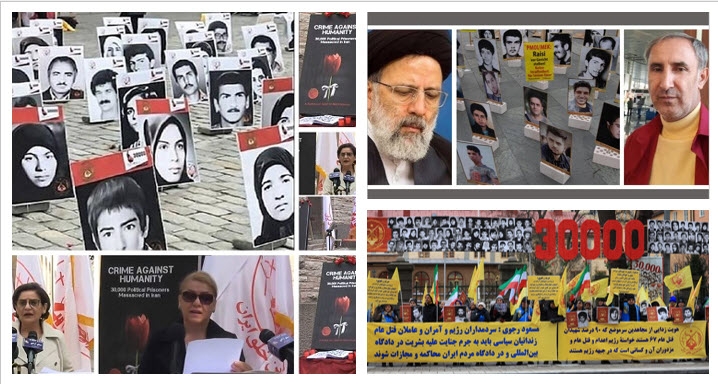 Kenneth Lewis, a prominent lawyer who represents the MEK, delivered incriminating evidence about the 1988 crime against humanity in Iran during Tuesday’s session.

The Hamid Noury Trial reached its 70th session on Tuesday, March 8. Noury, an Iranian prison officer, was arrested in Sweden in 2019 and is facing charges related to the massacre of 30,000 political detainees in 1988. The People’s Mojahedin of Iran (PMOI/MEK) was responsible for the majority of the genocide victims in 1988.

Kenneth Lewis, a prominent lawyer who represents the MEK, delivered incriminating evidence about the 1988 crime against humanity in Iran during Tuesday’s session. Many of these documents were confessions made by regime officials in order to justify their horrible atrocities. Despite his initial open refusal of papers, Mr. Lewis’ proof forced Noury to admit to the regime’s deliberate killing in 1988.

Mr. Massoud Rajavi, the Iranian Resistance Leader, addressed a telegram to then-UN Secretary-General Pérez de Cuéllar on August 25, 1988, which was one of the documents given to the court on Tuesday. “On August 14, 15, and 16, alone, 860 corpses belonging to the executed political prisoners were carried from Evin Prison in Tehran to the Behesht-e Zahra Cemetery,” Mr. Rajavi wrote in his letter. Mr. Rajavi had mentioned the regime’s then-Supreme Leader Ruhollah Khomeini issuing a fatwa ordering the execution of all MEK detainees. As a result, tens of thousands of convicts who had been released were re-arrested and executed.

Mr. Lewis also produced an archive page from Iran’s Ettelaat newspaper from May 30, 1990 as evidence. On this date, the regime’s then-Judicial Chief, Mohammad Yazdi, admits that Khomeini had sentenced the MEK to death in a judicial decision authored by himself. 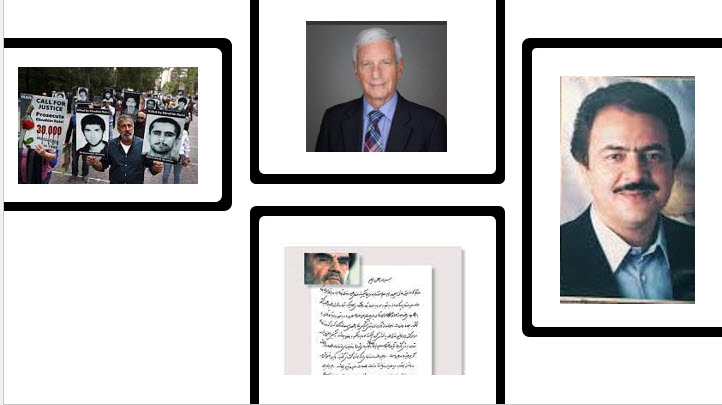 Kenneth Lewis: Massoud Rajavi had mentioned the regime’s then-Supreme Leader Ruhollah Khomeini issuing a fatwa ordering the execution of all MEK detainees. As a result, tens of thousands of convicts who had been released were re-arrested and executed.

Another piece of evidence was a 2017 speech by Ahmad Khatami, in which he corroborated the 1988 assassinations. According to the state-run Tasnim News Agency on July 21, 2017, Khatami, who was Tehran’s then-Friday Imam at the time, lauded Khomeini’s mass killings in 1988 as a good act and urged that all those who carried out Khomeini’s fatwa should be awarded medals.

Video clips of regime officials recognizing the 1988 massacre were shown at Tuesday’s session. Mr. Lewis showed an Al-Jazeera interview with Ebrahim Raisi in which he verified the 1988 mass executions. Raisi was elected president of the Iranian regime in an illegitimate procedure during a sham election boycotted by the Iranian people in June 2021.

In an interview with Al-Jazeera, Raisi admits that in 1988, Khomeini issued a judgment declaring all Mojahedin and their sympathizers to be Mohareb, or waging war on God, for which the sentence was death. Raisi then declares that “future generations should be grateful to him” for Khomeini’s actions.

Kenneth Lewis played audio recordings of Mohammad Moghiseh, nicknamed Nasserian, and Ali Razini’s lectures, which had previously been exposed by the MEK. They attempted to warn Hamid Noury about his impending arrest a few days before his journey to Sweden. During the 1988 massacre in Karaj’s Gohardasht jail, Nasserian was Noury’s boss. Noury is also referred to as an “interrogator” by Ali Razini, the Judiciary’s Deputy of Legal Affairs and Judicial Development.

Noury sought to avoid the questioning by referring to unrelated topics, but he was eventually forced to admit that Khomeini had issued the fatwa, which he had previously denied existed. “I accept whatever Ayatollah Raisi and officials say,” he said.

In front of the court, Iranians, MEK supporters, and family members of the 1988 victims gathered in great numbers to demand justice. They urged the international community to hold top Iranian regime leaders accountable for crimes against humanity and genocide, including Raisi.

Ebrahim Raisi, stepped into Iran’s political scene after the 1979 revolution against the monarchy as a pro-Khomeini cleric who would carry out his mentor’s every command. Raisi was born in 1960.