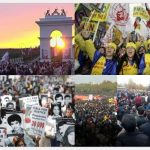 Written by Amineh Qaraee on February 26, 2022. Posted in NEWS 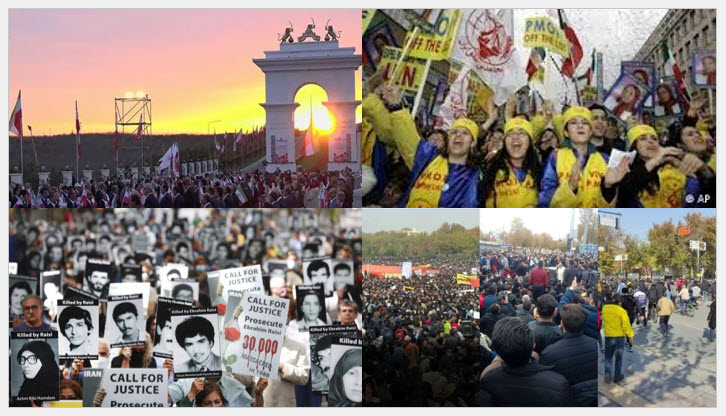 Freedom-loving Iranians and relatives of victims of the 1988 massacre in Iran have gathered in Stockholm, urging the international community to hold the mullahs’ dictatorship accountable for human rights violations and crimes against humanity.

During the past few weeks, freedom-loving Iranians and supporters of the Iranian opposition, the People’s Mojahedin of Iran (PMOI / MEK Iran), have held regular rallies in three different cities around the world, condemning the mullahs’ regime and urging the international community to stand with the Iranian people and their organized resistance.Iranian Resistance supporters gathered in Vienna, Munich, Stockholm, and Vancouver to criticize Iran’s theocracy for its human rights violations, support for terrorism, and hidden nuclear weapons program. They also committed to continue their support and solidarity with the Iranian opposition coalition, the National Council of Resistance of Iran (NCRI), as the democratic alternative to Iran’s medieval system, and to remove the religious dictatorship completely.

February 21—Stockholm
Freedom-loving Iranians and family members of political prisoners killed by #Iran's regime during the #1988Massacre and calling for the prosecution of Khamenei, Raisi, and other officials for genocide.#ProsecuteRaisiNOW

Demonstrators in Vienna and Munich sang chants against the Iranian regime, in favor of the NCRI and MEK, Iranian Resistance commander Massoud Rajavi, and NCRI President-elect Maryam Rajavi, while highlighting that the mullahs’ dictatorship is buying time to acquire nuclear weapons.They have traveled from all over Europe to meet in the bitter cold to express their demands as an Iranian regime henchman, Hamid Noury, stands trial for his role in the 1988 mass executions of over 30,000 political prisoners, predominantly PMOI/MEK members and supporters.

In addition, Iranians and supporters of the PMOI/MEK held a rally in Vancouver, Canada, urging the international community to intervene in the Iranian regime’s continuous human rights crimes.These demonstrations in Europe come after a recent online conference on February 11 in which 50 bipartisan members of the US House of Representatives called on the Biden administration to establish a tough Iran policy and stand beside the Iranian people in their fight for freedom and democracy. The 43rd anniversary of Iran’s anti-monarchical revolution in 1979 was commemorated at an event held by the Organization of Iranian American Communities. 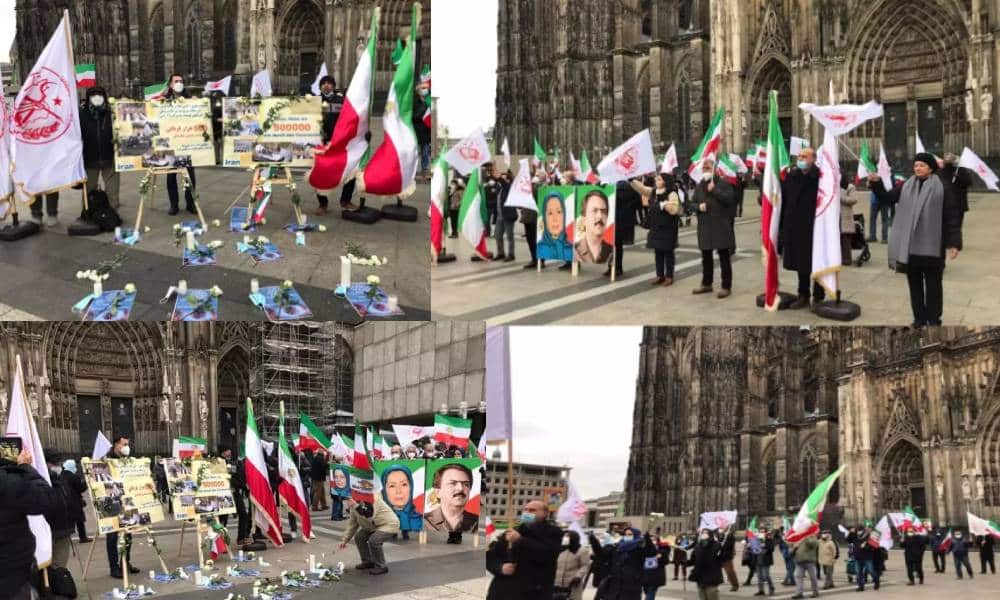 There is a significant social base for a democratic alternative. It has turned widespread societal unrest into a goal-oriented effort to overthrow the regime as a whole,” she continued.

While expressing their support for the Iranian people, the representatives denounced the Iranian regime as the world’s leading state sponsor of terrorism and chastised the United States’ current attitude on the regime’s nuclear weapons program. The lawmakers also stated their support for an Iranian republic that is democratic, secular, and non-nuclear.

The meeting’s keynote speaker, Mrs. Maryam Rajavi, detailed how the 1979 revolution began with the fall of the Shah and his “violent dictatorship” and was hijacked by the Islamists who now rule Iran.

“The Shah tyranny was defeated by the Iranian people’s nationwide revolt 43 years ago today.” The Iranian people rose up against a brutal dictatorship. They desired liberty and democracy. “However, because the Shah effectively suppressed all democratic movements, he paved the stage for a conservative mullah to seize power,” Mrs. Rajavi explained. 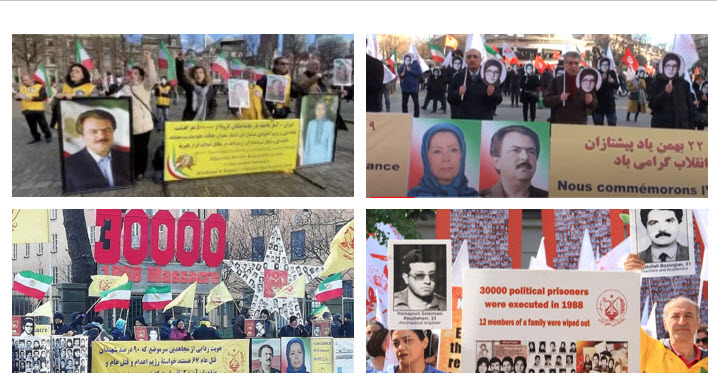 A look back over the previous year reveals the intensifying confrontation between the Iranian people and their organized opposition, on the one hand, and a failing dictatorship, on the other, urgently striving to stay in power.

A look back over the previous year reveals the intensifying confrontation between the Iranian people and their organized opposition, on the one hand, and a failing dictatorship, on the other, urgently striving to stay in power.

Despite the regime’s repression and the West’s continued appeasement policy, the mullahs fear that the Iranian people and organized resistance pose an existential threat to their survival. And this is a fact that the West cannot overlook.

The meeting’s keynote speaker, Mrs. Maryam Rajavi, detailed how the 1979 revolution began with the fall of the Shah and his “violent dictatorship” and was hijacked by the Islamists who now rule Iran.