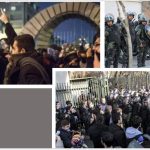 Written by Esmail Mohades on February 18, 2022. Posted in NEWS 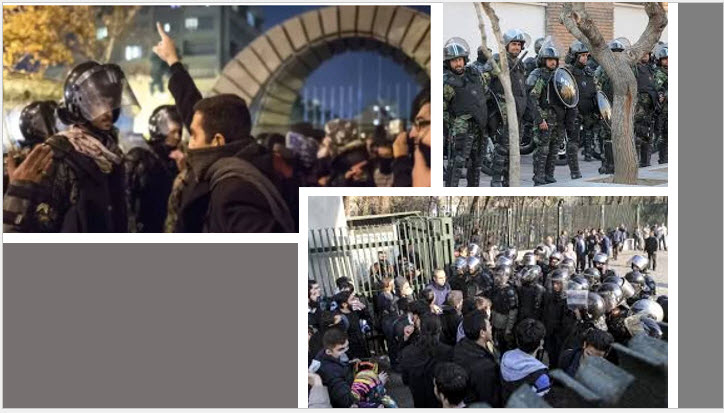 A member of the regime’s Revolutionary Guards (IRGC) provided a horrible picture of the ferocity with which the security forces crushed the November 2019 uprising.

The Iranian people’s rage against the system is growing and manifesting itself in a variety of ways. It reached a tipping point during the November 2019 protests but was ruthlessly suppressed by the administration. Officials are now condemning the regime’s behavior because they are afraid of the implications of their actions in the future months and years.

A member of the regime’s Revolutionary Guards (IRGC) provided a horrible picture of the ferocity with which the security forces crushed the November 2019 uprising during the second round of proceedings in the Aban Tribunal, a London-based unofficial court dealing with the crackdown on the uprising.

“In Tehran, I am a senior Revolutionary Guards officer.” I agreed to testify before this court. I witnessed a large number of arrests and interrogations. “Unfortunately, I was involved in the arrests and observed the interrogation,” he stated, adding, “The forces were given permission to open fire, arrest, interrogate, and enter homes where suspects might have fled.” A warrant from the prosecutor’s office was not required. They were directed to confiscate automobiles, destroy vehicles, and do anything they could to put a stop to the protests.”

On the second and third days, they used full force against the demonstrators, deploying the Bassij, Imam Ali Units, and Saberin Units. I saw buses full of detained demonstrators. There were numerous demonstrators, both injured and uninjured, both male and female, young and elderly. They were transferred to Revolutionary Guards prison facilities. 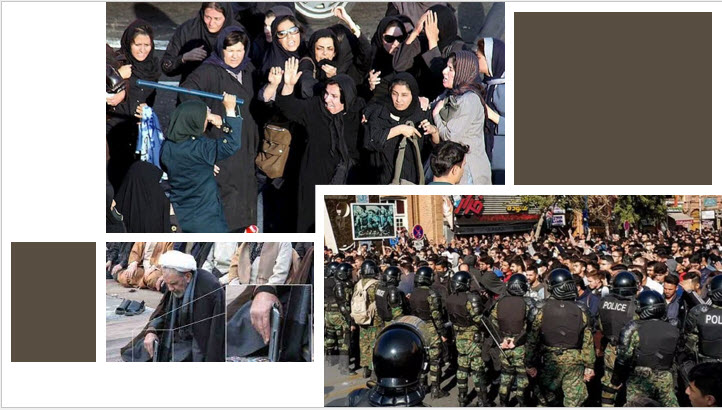 On the second and third days, they used full force against the demonstrators, deploying the Bassij, Imam Ali Units, and Saberin Units.

“I saw interrogations, beatings, and lashings. In groups of 50 to 100, the demonstrators were stripped naked in the cold. I don’t think you could pack and beat animals as they did.” “Anyone attempting to enter the station should be shot.” We could see 200 to 300 individuals from the roof. Other police officers on the street were also shooting at the protesters. A person shot near the door was on the ground with blood around his head, and 10 to 15 people were injured. And I couldn’t tell whether he was alive or dead.

“I cried and felt awful and depressed when I saw the blood from above and the 10 to 15 persons who were shot and injured laying on the ground… The people assembled in front of the entrance were not threatening us because they lacked firearms and we could stop them without resorting to violence. They could use batons to halt the demonstrators and safeguard the station, because I didn’t see any guns among the protesters, and no one shot at us.” 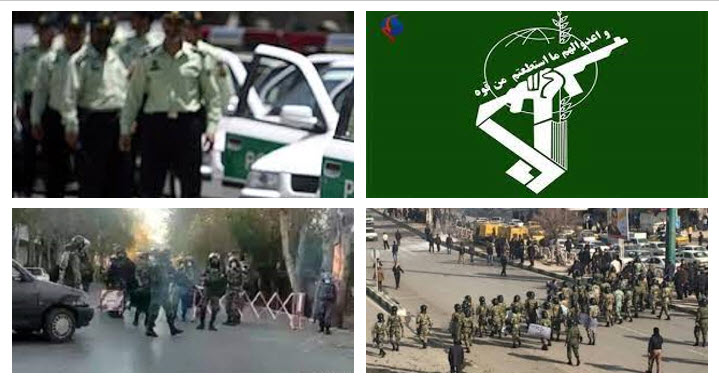 IRGC member :The people assembled in front of the entrance were not threatening us because they lacked firearms and we could stop them without resorting to violence.

When these confessions are combined with the dictatorship’s political, social, and cultural crises, it is apparent that the regime is facing popular outrage. The daily news and reports, as well as the reactions of officials to public protests, indicate their uneasiness. On February 4, comments by Mojtaba Mirdamadi, the regime’s Friday prayer leader in Isfahan, demonstrate the regime’s problem and incapacity to govern the country’s grave condition.

“If we don’t have this leader’s support one day, they’ll cut off your heads first,” he warned, adding, “Be careful! If we lose this authority, we will be left with nothing.”This reveals that the wall of repression is beginning to crumble, and once the wall crashes, the dictatorship will be buried in history’s ash heap.

The Islamic Revolutionary Guards Corps (IRGC), is the main force of the Iranian regime, which both oppresses people inside Iran and exports chaos and terrorism abroad.