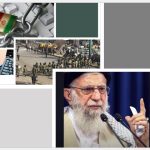 Written by Mohsen Aboutalebi on February 16, 2022. Posted in NEWS 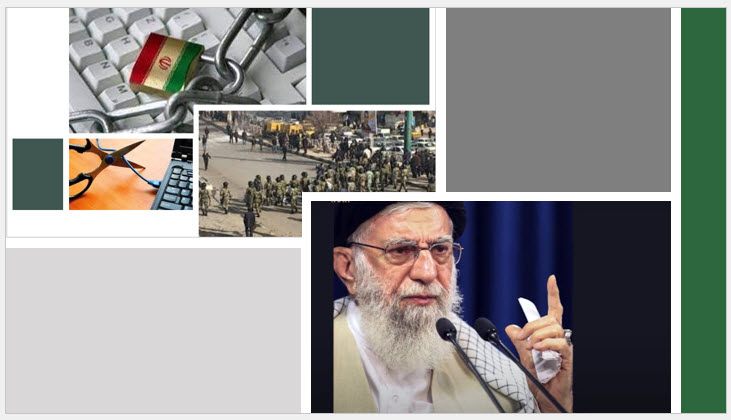 “the enemy holds the key to cyberspace,” warning that “this enemy can hold the management of the country’s cyberspace in its hands and create problems for the nation whenever it wants,” as quoted by the state-run daily Entekhab on February 10.

The propaganda apparatus of the Iranian regime has been damaged by the growth of social networks and the development of communication. Even as the regime has enlisted the help of many of its followers to combat global awareness and expand the regime’s restrictions. Despite its massive efforts in information suppression, the regime has been proved to be the main loser in this conflict, with even its supreme leader Ali Khamenei warning that cyberspace has become “unbridled.” He even stated that if he hadn’t been the regime’s supreme leader, he would have seized control of the country’s cyberspace.

The regime’s and Khamenei’s principal concern regarding cyberspace is the rise of operations targeting the establishment, particularly in recent years. As a result, it’s not surprising that regime officials close to the leadership keep repeating Khamenei’s cyberspace warnings. They encourage those in charge of censorship to act now before it’s too late. Because, according to Morteza Agha Tehrani, Chairman of the regime’s Parliamentary Cultural Commission, “the enemy holds the key to cyberspace,” warning that “this enemy can hold the management of the country’s cyberspace in its hands and create problems for the nation whenever it wants,” as quoted by the state-run daily Entekhab on February 10. 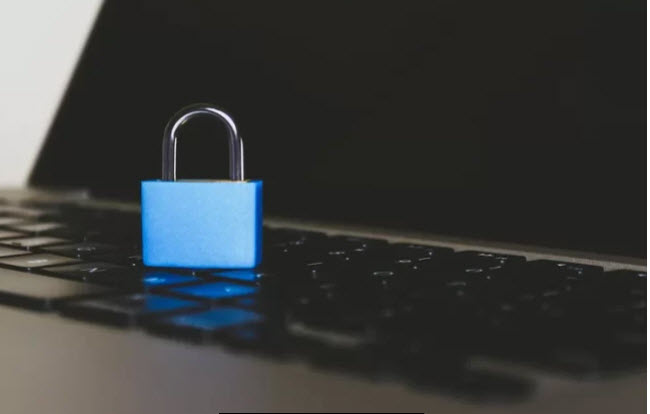 Iranian youths are echoing the message of change promoted by the regime’s major opposition, the People’s Mojahedin of Iran (PMOI / MEK Iran), as they become aware of various solutions for a prosperous existence and the knowledge to run a democratic government.

On February 11, Ahmad Alamolhoda, the Friday prayer leader in Mashhad, Iran’s second-largest city, expressed his concern about the regime’s antagonism online, saying that the adversary had made the internet its arena and was “attacking us with all its strength.”He then addressed the regime’s parliament speaker, Mohammad Bagher Qalibaf, who was present at Mashhad’s Friday prayers ceremony, saying: “As Commander-in-Chief of the Soft War Defense, you should ratify the cyberspace regulatory law as soon as possible in the parliament.”And the same day, Seyed Ahmad Mehdinejad the Friday prayer leader of Semnan expressed his concern: “In this virtual and non-virtual space, (the enemies try) to separate the youth from the revolution and the Islamic system.” Ahmad Salek, the Friday prayer leader in Isfahan, warned parents to “be aware that sworn enemies are active on the internet” and that it seeks to “present a dark image of the country.”

“The enemy has been effective in cyberspace,” he continued. In a statement to the state-run news agency IRNA on February 11, parliament deputy Reza Taghavi expressed his displeasure with the situation, saying, “The enemy has chosen the polluted cyberspace as a stage to assault the (system’s) thoughts and ideas, and has attacked all the honors of this nation in this space.”

The regime’s officials’ unease is evidenced by such statements of alarm. “The enemy has control over 85 percent of cyberspace from the outside,” Alamolhoda added, “and aims to create a gap between the people and the system.”

The event was held in the exceptional and special circumstances imposed by the coronavirus pandemic, which has pushed the world into social distancing rules and lockdown. The online rally connected more than 30,000 locations in 102 countries of the world, including Iran, where internet access is very limited.