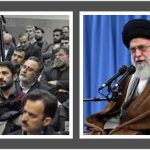 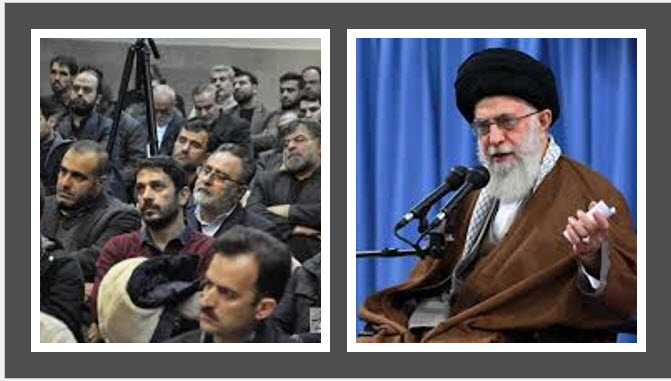 Khamenei: No matter how many organizations and actions have been put in place to promote worship culture, it is still insufficient.”

During a recent meeting with his supporters, the regime’s Supreme Leader Ali Khamenei was compelled to admit the regime’s developing internal cracks.  His audience of religious vocalists expressed their allegiance to the dictatorship by pushing Iranian youths to fight in regime-sponsored wars such as the Iran-Iraq war and the Syrian conflict. Their primary goal is to pervert reality and persuade ordinary people to believe the regime’s lies and deceptions. As the Iranian public has become more aware of the regime’s schemes, these officials have become objects of public rage and mockery at the same time.

One might question why, of all the dictators in Iran’s history, Khamenei has produced so many loudmouths. Iran is the only country in the world to have established a dedicated organization for such individuals, known as the “Panegyrists’ mobilization organization.”The “Organization of Mobilization of Panegyrists and Religious Bodies,” according to its official website, has the following key responsibility: “The Basij of Panegyrists has the country’s greatest worship network, with bases and a panegyrists club in even the most remote corners of the country.”In a statement published on his website on January 23, Khamenei highlighted why such persons are needed in Iranian society.

It stated, “Today, why do a lot of media exist which cannot be trusted, especially with this situation in cyberspace, which have thousands of experts, art specialists, media specialists, communication science specialists, media that have massive financial support and substantial security? The answer is to divert minds in the Islamic Republic, to divert tastes, to weaken and destroy beliefs and faiths. This is what is happening.”These remarks aren’t just about the media controlled by the ‘global arrogance,’ as he refers to western powers. He has never had a problem with them because they do not advocate for the regime’s overthrow and do not encourage Iran’s youths to challenge the system. 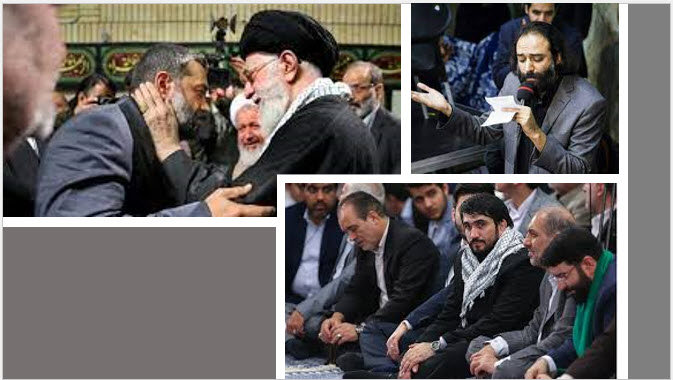 Khamenei does not have any problem with them because they do not advocate for the regime’s overthrow and do not encourage Iran’s youths to challenge the system.

These are the channels exposing and fighting the regime’s antiquated worldview and extremism, as Khamenei fears. As a result, he was forced to issue a warning to his forces, reminding them not to switch sides in this fight, which is fought between the regime’s tyranny and the Iranian Resistance’s search for liberty.” Where are we on this battlefield in this unrelenting war between Islam and infidels, between truth and deception, between the narration of deception and truth?” he asked his regime’s authorities. We must decide for ourselves and concentrate on our position.”

Khamenei isn’t the only one who has expressed such concerns. In an interview with the state-run Farhikhtegan daily on January 24, one of the regime’s Revolutionary Guards (IRGC) officers, Abdollah Ganji, expressed a similar fear. “In this psychological combat, we face great enemies with experience, competence, and motivation; on the other hand, we engage them with utter shallowness and negativity,” he explained.

The state-run daily Javan, which is associated with the IRGC, also commented on the issue. “Today’s system is engaged in an unequal conflict in the arena of narrative warfare, and the adversaries have fought a narrative war against us with all the enormous potential of their media empire,” it stated. Those hurt in the war of narratives will undoubtedly become infected with the destructive virus of despair, dread, hatred, worry, and distrust, and a society afflicted with these hazardous and deadly viruses would unintentionally bow to the adversaries’ will.” 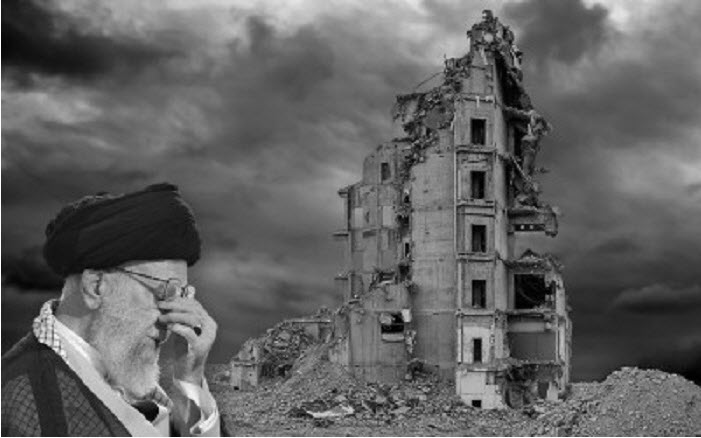 These concerns reflect the reality that, on a daily basis, an increasing number of people, particularly young people, are rejecting the government and joining the Resistance in large numbers.