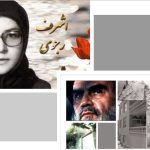 Written by Amineh Qaraee on February 11, 2022. Posted in NEWS 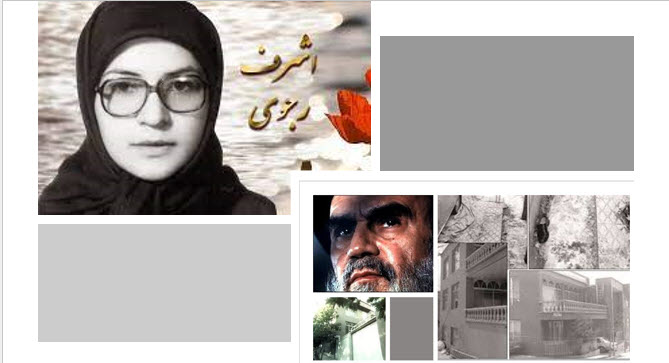 Today, women’s determination and courage have multiplied in the ranks of the PMOI’s pioneering women who lead the Resistance movement.

On February 8, 1982, Khomeini’s Revolutionary Guards surrounded and destroyed the People’s Mojahedin of Iran (PMOI / MEK Iran) headquarters, killing some of its most prominent leaders. Khomeini, who was still alive at the time, believed that by dealing such a heavy blow to the opposition, he could put up a show of force, demoralize the movement’s staunch supporters, and break their resistance in prisons and outside. The women who fought in this battle left an indelible mark on the history of the Iranian people’s struggle for freedom and democracy. These shining stars and heroines refused to give up. They put up a strong fight and fought bravely until their last breath to usher in a new world for their fellow citizens.

She was born in Zanjan in 1951 and earned a Bachelor of Science in Physics from Tehran’s Sharif Industrial University. However, Ashraf’s heart bled for the impoverished people who suffered in a country that sits on an oiled sea. Despite having the means to live a comfortable life, she chose to assist the underprivileged and traveled long distances to various cities and villages to learn about their problems and assist them in finding solutions.

During this time, she became acquainted with the PMOI, a newly formed underground anti-Shah organization, and joined it in 1971. She was arrested twice, in 1972-1974 and 1976, and subjected to heinous tortures as a result of which she lost hearing in one ear. She was sentenced to life in prison the last time she was arrested, but she was released with the last group of political prisoners on January 20, 1979, just before the Iranian Revolution that deposed the Shah on February 11, 1979. 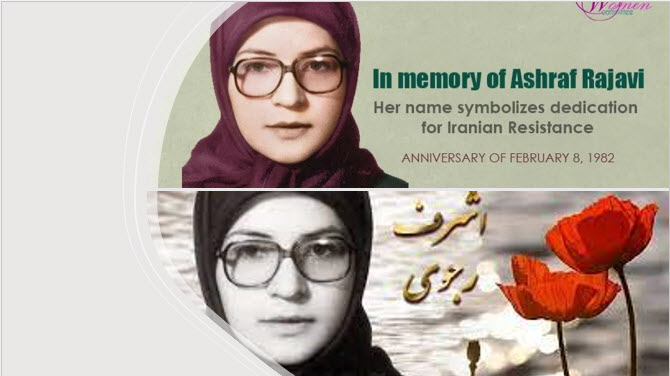 After February 8, 1982, Ashraf’s life and death became a tradition for a generation of PMOI women in Iran who currently led the Iranian Resistance.

Azar was born in 1960 in Tehran, the daughter of the famous and popular Rezaii family, who had lost four of their children in the struggle against the Shah’s regime. As a result, she had been involved in the struggle since a very young age, and she had even been imprisoned at the age of 14.

She joined the PMOI after the Shah’s fall and worked in the students’ department.

Azar was married to Moussa Khiabani, the PMOI leader’s deputy. She was killed along with her unborn fetus during the February 8 attack.

She was born in 1958 in Tehran and was exposed to the Shah’s oppression at a young age. She enrolled at Tehran University in 1978 to study Laboratory Sciences. As a student, she took part in all of the anti-government protests of the time.

Mahshid joined the PMOI after the Shah was deposed. She was always upbeat and enthusiastic about her work for her people’s freedom.

She, her husband, and their infant daughter were in the house when the attack began on February 8, 1982. In this unequal battle, Mahshid and her husband fought and died valiantly.

After the 1979 Revolution, she was a university student when she joined the PMOI. Mahnaz was a serious and hardworking advocate of freedom at her university, and she was well-liked by her peers.

Sorayya was born in Isfahan in 1959 and attended high school there. Then she joined PMOI supporters in that city. She eventually relocated to Tehran, where she worked with the Mothers’ Society to support the PMOI.

Mothers were defined as free-thinking middle-aged women whose sons and daughters were involved with the PMOI or were killed as PMOI members, but who were also willing to support the cause in any way they could. However, due to their age difference, they were referred to as mothers.

Sorayya had a one-year-old daughter, whom she placed in a safe place before being killed in the clashes on February 8, 1982, along with her husband.

Supporters of the Iranian resistance commemorated the anniversary of Ashraf Rajavi’s martyrdom on February 8, 1982.

Fatemeh was born in Tehran in 1955. She lost her father when she was very young, and her family faced great adversity; however, through her own hard work, she was able to complete her high school education and gain admission to one of Tehran’s best universities, the Poly Technique, where she met PMOI supporters and began her anti-government activities.

She joined the organization after the Revolution and became actively involved in organizing PMOI sympathizers in the capital.

Fatemeh had two young children at the time of her death on February 8, 1982.

Tahmineh was born in Gorgan, northern Iran, in 1955. She studied chemistry at Mashhad’s Ferdowsi University. In 1973, she joined PMOI supporters at her university and began her activities in support of the anti-shah movement.

She had a pleasant voice, so she served as moderator and announcer at many of the organization’s gatherings. She and her husband were both killed in the February 8 attack on the PMOI house, leaving behind a child.

Nahid was born in the northeastern Iranian city of Quechan in 1952. She went to Mashhad to further her education after graduating from high school. Then she got a teaching job and began teaching in a school on the outskirts of her hometown, Quechan.

During the revolution, she was a key organizer of women and girls in her city. Following the revolution’s victory, she worked with a variety of departments, including teachers, students, and mothers’ organizations.

When the mullahs’ new government began purging women from workplaces, Nahid was fired from her teaching position. She later relocated to Tehran and became more involved with the PMOI. Finally, she was killed in the February 8, 1982 attack.

Jila was only 17 years old and had yet to complete high school. She was a bright young adolescent who wished to see her country free and prosperous, so she joined the PMOI. She was adamantly opposed to the mullahs and their oppression, so despite her youth, she was among the defiant detainees. They had severely flogged her and sentenced her to death in order to force her to cooperate with the regime and go on TV and “repent,” but she refused and eventually paid a courageous tribute to the bodies of Ashraf Rajavi and Moussa Khiabani, for which she was executed on February 9, 1982.

Soghra was born in Tehran in October 1963 to a lower-middle-class family. She was only 14 years old when the Iranian Revolution occurred, but she took part in all of the demonstrations alongside her sister and brothers. She was a good student in high school and studied economics, but she had to drop out and go underground when the regime sought her elder brother for his support for the PMOI.In December 1981, she and her mother (Arasteh Qolivand) were arrested and taken to Evin’s infamous 209th ward. Soghra was one of dozens of prisoners in Evin who foiled the mullahs’ plot by yelling anti-regime and pro-PMOI slogans. 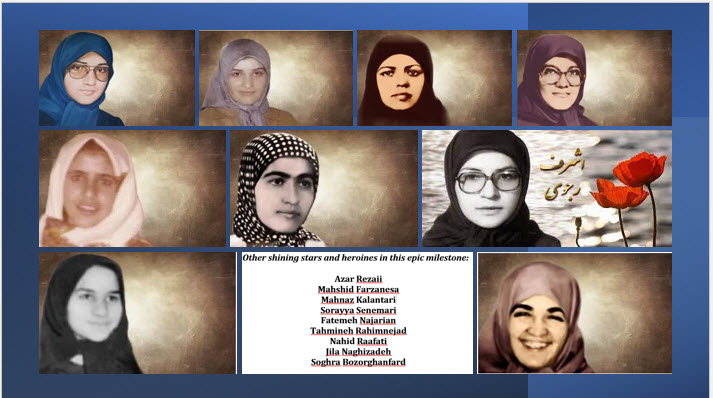 These shining stars and heroines refused to give up. They put up a strong fight and fought bravely until their last breath to usher in a new world for their fellow citizens.