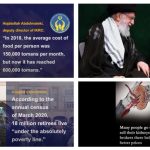 Written by Esmail Mohades on February 10, 2022. Posted in NEWS 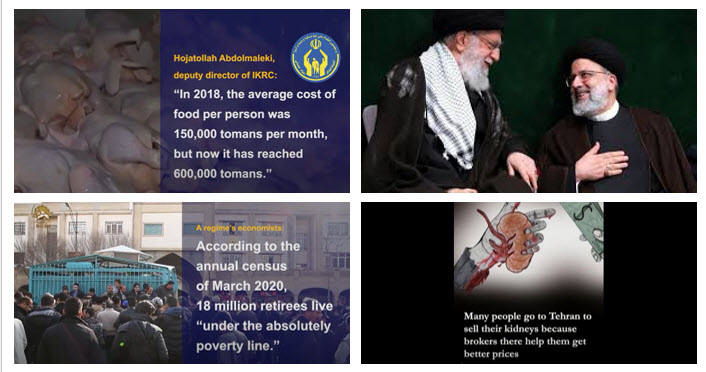 The migration of inner-city residents to the outskirts of cities is one such example of living under the poverty line.

Following President Ebrahim Raisi’s recent statements, the Iranian regime’s state media are predicting new and optimistic improvements in the Iranian economy, including an improvement in the stock market, an increase in the earnings of Iranian employees, and the settlement of many of the country’s difficulties. They remain skeptical, nevertheless, because Raisi’s statements failed to offer any tangible suggestions for a route out of the current crisis. There is very little likelihood of an increase in production or an economic boom due to the existing challenges and the fees that have been imposed on the people.

, if anything, is unlikely to have a significant impact on the country’s society and social issues. The migration of inner-city residents to the outskirts of cities is one such example. Of course, this will have social effects and will almost certainly increase poverty, as well as entail the regime in security implications that many in the regime’s media and officials are concerned about or warning about.

The impoverished middle class is already struggling to make ends meet, having lost most of their purchasing power, prompting them to flee to other countries in search of a better life. The regime, on the other hand, is compounding its mistakes as it continues to lose expertise and qualified professionals, and with them, the potential to handle Iran’s current challenges. They put proposals in the budget that have nothing to do with economic principles or societal welfare demands, based on the premise that they will collect wealth taxes. 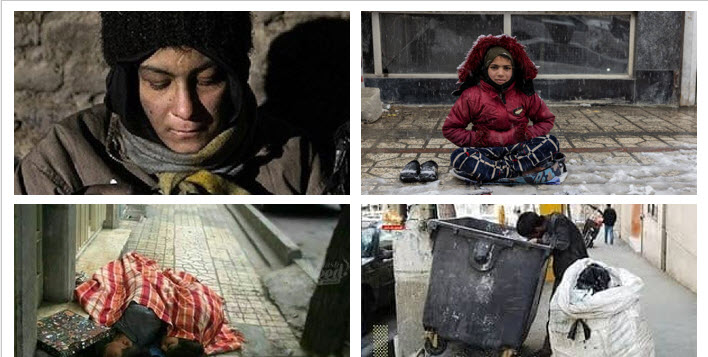 As a result, anything Raisi does will have social effects and will almost certainly increase poverty,

“Someone bought a car for three or four billion rials roughly three years ago,” the state-run Fararu newspaper said on January 27 in an article about Iran’s perplexing economic situation. Due to successive inflationary variations in which the public had no say, the price of this car has soared to almost 10 billion rials. By 2022, this gentleman, who had been having problems repairing his car, will be required to pay a ‘luxury car’ tax to the government. In fact, we are dealing with a class of people who can be described as ‘penniless billionaires.'”

“Lacking the power to deal with influential institutions with special relations, the government is shifting the tax burden to people who have already succumbed to inflationary shocks,” the daily continued, exposing Iran’s weak economy and discussing the Iranian government’s criminal imposition of taxes on the impoverished classes, who are already suffering under the heavy burden of uncontrollable inflation. At the moment, Iran’s wealthy and merchants pay no taxes and take full advantage of the country’s inflationary conditions. Monthly energy subsidies amount to up to 2,300 trillion rials. “A large portion of this energy subsidy flows into the pockets of society’s wealthy.” 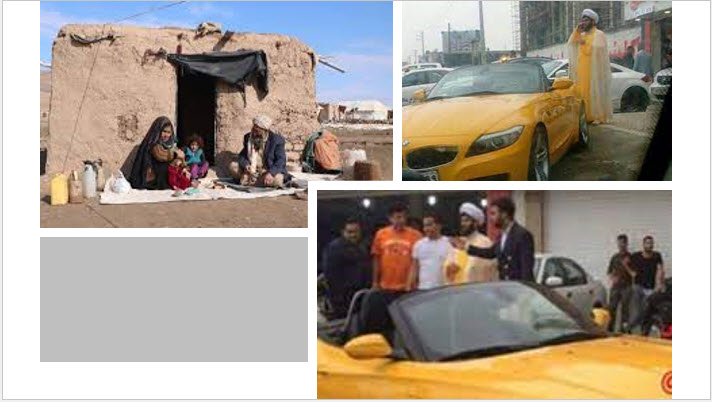 The Fararu daily detailed the extent of Iran’s widespread corruption, emphasizing that the rise in corruption has had terrible consequences for society. “…inequality, class divisions, public dissatisfaction, budget deficits, waste of financial resources, and so on have worsened, and, most crucially, productivity has vanished,” the report stated.

“The 20-year-old wealth tax scheme has been on the table of MPs for 20 years and is decaying,” the daily stated. Why aren’t such crucial initiatives approved? Creating such a strategy necessitates transparency, and because some powerful institutions in our society oppose and find disclosure problematic, this proposal will be rejected. People should be granted the right to complain if the authorities intend to steal money from their pockets to fix problems like budget deficits, etc.”

The official price of a kidney is nearly $3,000, but the market price can top $10,000, Biglari said An official from Gilan province, Houshang Rezvanpanah, said kidney sales are increasing due to “poverty and financial problems”