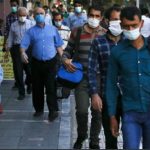 Written by Amineh Qaraee on February 10, 2022. Posted in NEWS

The Ministry of Health also declared that 120 cities have been designated as red zones” people living on the outskirts of cities, including slum-dwellers, constitute 25% of the country’s total population.”

According to statistics recorded by the Iranian opposition, the People’s Mojahedin of Iran (PMOI / MEK Iran), as of Wednesday afternoon local time, over 503,800 people had died of the new coronavirus in 547 cities spread throughout all 31 provinces of Iran. The regime’s official death toll is 132,563, which is around a fourth of the true total.

On Saturday, the regime’s Health Ministry released the mullahs’ contrived Covid-19 data, which showed 64 deaths and 23,130 new cases in the previous 24 hours. In addition, 2282 patients are in intensive care units, and 1529 new cases have been admitted to hospitals. The Ministry of Health also declared that 120 cities have been designated as red zones, 167 as yellow zones, 153 as orange zones, and only 8 as blue zones.

“There are 2357 coronavirus patients in Tehran hospitals, with 699 in intensive care units. According to the semi-official ISNA news agency, 15,850 persons have sought initial medical attention in the last 24 hours, and 48 percent of PCR testing in the last week has been positive. 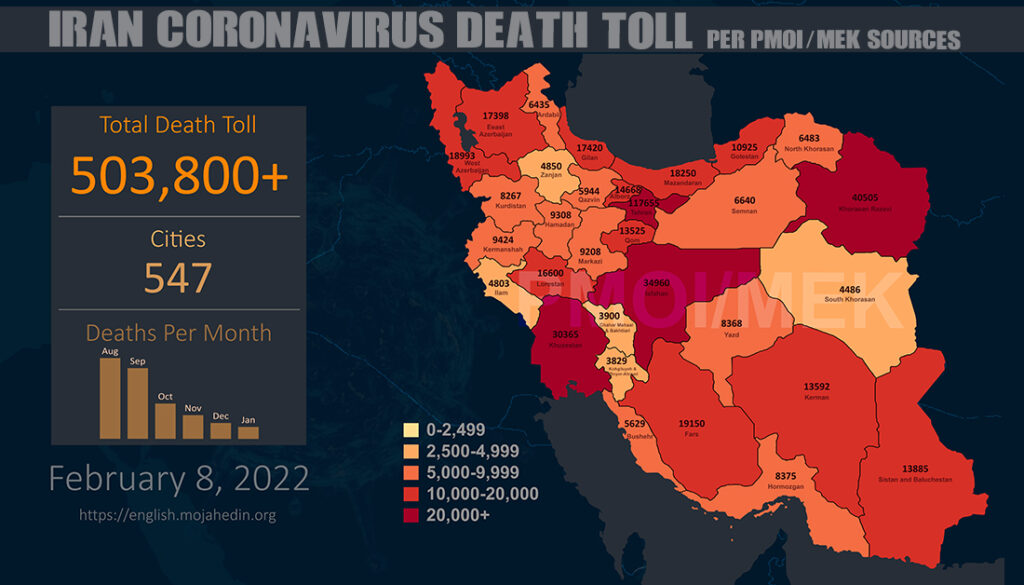 According to the semi-official ISNA news agency, 15,850 persons have sought initial medical attention in the last 24 hours, and 48 percent of PCR testing in the last week has been positive.

“At the moment, hospital beds are filling up at an alarming rate. If current trends continue, we will soon face a bed shortage. According to the semi-official ISNA news agency, the head of Tehran’s Ali Asghar Children’s Hospital claimed on Saturday that “about 80% of the people seeking medical assistance in our emergency branches had contracted coronavirus.”

“The number of people seeking initial medical care has risen by 100%.” Furthermore, the number of persons hospitalized has climbed by 90% in the last ten days, and we now have 800 patients in hospitals,” the Razavi Khorasan Covid-19 Task Force Public Relations Office chief said on Saturday, according to the regime’s official IRIB news agency.

“In Baghmolk, 80% of daily coronavirus tests have come back positive, and the number of new coronavirus cases has soared by 600 percent.” According to the Mehr news agency, which is tied to the regime’s Ministry of Intelligence and Security (MOIS), the head of Baghmolk Health Network in Khuzestan province remarked on Friday, “This has really sounded the alarm bell.” 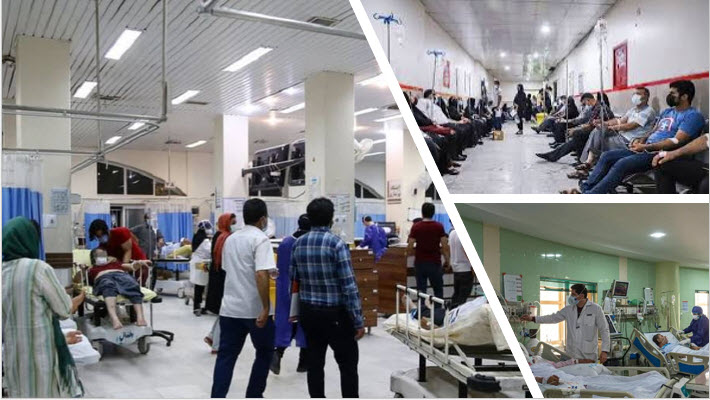 “Each day, six to eleven youngsters are hospitalized for contracting coronavirus, accounting for 18 to 20 percent of all hospitalized coronavirus patients,” the dean of Hamadan Medical Sciences University told the regime’s official IRNA news agency on Saturday.

IRGC’s Mahan Air is the main cause of the transfer of the coronavirus from China to Iran. The criminal regime’s officials are the main culprits of this national crisis. For regime authorities, political and economic benefits are more important than the well-being of the Iranian people.