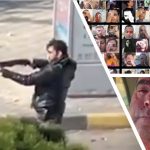 Written by Esmail Mohades on January 13, 2022. Posted in NEWS 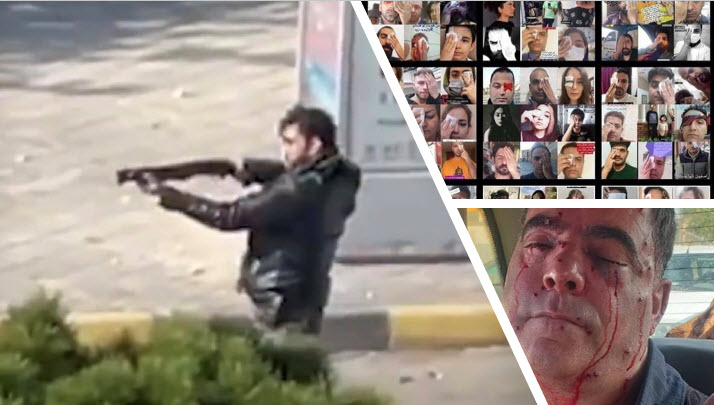 Several demonstrators have lost their sight as a result of the regime’s decision to repress the protests at a “lower cost,”

Following a severe assault on protests in Isfahan in November 2021 over misuse of water supplies, the chief of the Iranian regime’s anti-riot police revealed that his forces targeted protestors on purpose. Unarmed demonstrators were shot at close range with pellet guns, causing over three dozen persons with significant eye injuries, including some who have lost their vision altogether.

Brigadier-General Hassan Karami alleged in an interview published on January 9 that his forces used ‘shotguns that discharged pellets’ to quiet the protests. Due to his history of deploying oppressive activities against “innocent citizens, political opponents, and peaceful protestors,” as well as other major human rights violations, Karami has already been sanctioned by both the US and the European Union.

The Fars News Agency, which is closely linked with the Islamic Revolutionary Guard Corps (IRGC), published remarks from Nourrodin Soltanian, the spokeswoman for the Isfahan hospitals. “40 persons with eye damage came to the hospitals,” Soltanian said. Twenty-one of them were admitted to hospitals, with two of them requiring intensive care.”

The exact number of people who have suffered head injuries and lost their vision is likely to be far higher than the official estimates. Following the brutal crackdown, many injured protesters avoided going to the hospital for fear of being imprisoned by security forces for participating in the rallies. 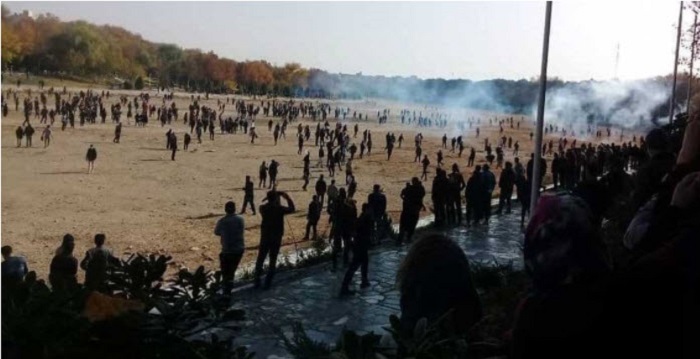 Fearful of the potential consequences of such protests, the dictatorship dispatched its security forces to prevent them from taking shape.

People from all walks of life joining the farmers

When the suppressive forces attacked the protests on November 26, at least 100 people were injured and 300 were jailed, according to the People’s Mojahedin of Iran (PMOI / MEK Iran).

Following a week of protests by local farmers near the Zayanderoud River’s dried-up riverbed in Isfahan, the region’s greatest protest against the water crisis began on November 19, with enormous crowds of people from all walks of life joining the farmers in solidarity.

In order to prevent the protests from spreading to other towns in Iran, the administration deployed security troops and anti-riot police to quell the disturbance, which resulted in severe confrontations throughout Isfahan. 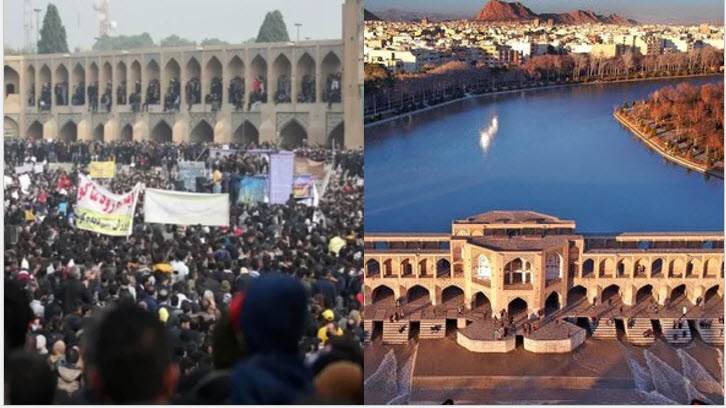 Following a week of protests by local farmers near the Zayanderoud River’s dried-up riverbed in Isfahan, the region’s greatest protest against the water crisis began on November 19.

Brutal crackdowns on protests by mullahs

Daily protests by people from all walks of life were held across Iran during 2021, with each pocket of turmoil underlining the volatile nature of Iranian society. Two additional big protests occurred last year, one in Khuzestan in the southwest and the other in Sistan and Baluchistan in the southeast, in addition to the major protest in Isfahan.

In recent months, the Iranian leadership has resorted to increased suppression and brutal crackdowns on protests, as well as more executions, in order to maintain power. The crackdowns, if anything, demonstrate the governing mullahs’ desperation in dealing with a people on the verge of revolution.

During Friday’s demonstrations in Isfahan, security forces directly fired teargas and pellet guns at protesting farmers Every bullet sprays a mass of steel pellets directly at the target. The steel pellets were shot at faces, heads, and torsos.