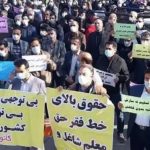 Written by Amineh Qaraee on January 3, 2022. Posted in NEWS 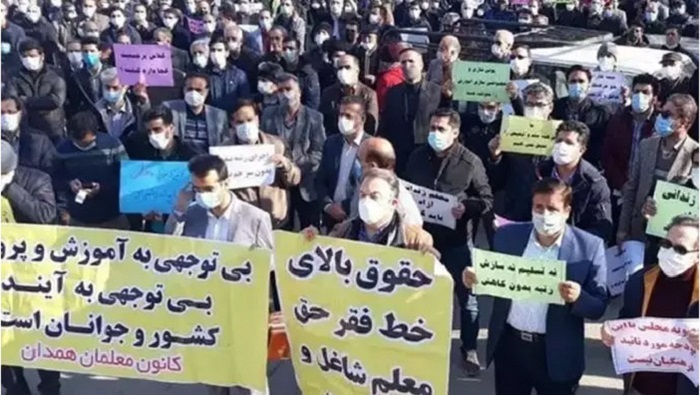 The uproar in front of the Majlis filled regime officials with worry and concern, especially since protests in front of the regime’s parliament have been commonplace in recent months.

Teachers have been protesting the regime’s disdain for their fundamental rights on a daily basis. The regime postponed the categorization law’s adoption for several months. It has already been authorized, but it only addresses a small portion of the challenges that teachers face, prompting them to take to the streets to assert their rights. According to Majlis Speaker Mohammad Bagher Ghalibaf, the government’s 250 trillion budget has been declared and will not be modified.

The retired teachers chanted the clerics betray the retired

Large groups of retired teachers assembled in 18 provinces around the country this morning, Tuesday, December 28, 2021, in protest of the country’s intolerable living conditions, the clerical regime’s oppressive policies, and the deceitful “ranking” bill approved by the regime’s parliament.

The clerics desperately tried to overshadow the retiree’s protest by sending operatives in front of the parliament and yelling diversionary slogans in support of the regime. “The government betrays (the teachers), and the parliament supports it,” the retired teachers chanted. 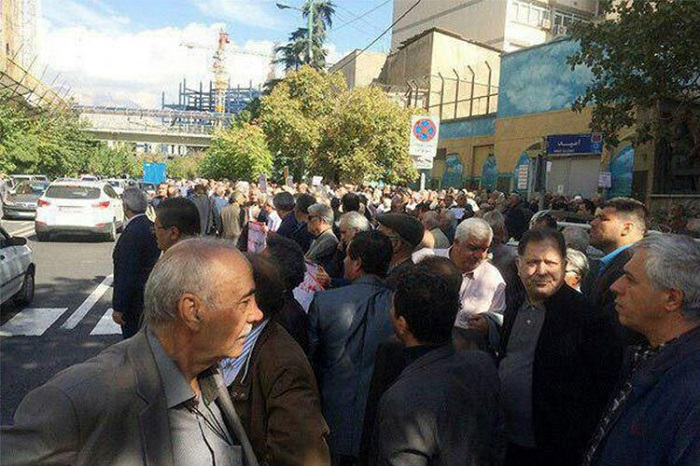 Retired Iranian bank employees from all over Iran came to Tehran today to protest their low pension. The protesters gathered outside the Bank Pension Fund Office.

Teachers demand job security, remuneration that is adjusted for inflation and currency depreciation, school reform, and discriminatory laws repealed. Poverty and the inability to meet basic demands have led to the death of a number of professors in recent years. The Majlis just passed a law authorizing barely a fourth of the funding needed to meet the teachers’ needs. The bill’s content would not be amended, according to Majlis Speaker Mohammad Bagher Ghalibaf.

Teachers have conducted numerous state-wide demonstrations and are now taking to the streets to claim their inalienable rights. According to the Council, “on the one hand, the government and Majlis have obstructed the full implementation of the salary adjustment plan for retired teachers, and on the other hand, they want to ruin the classification plan for working teachers with a 125 trillion rial budget in the majlis.” 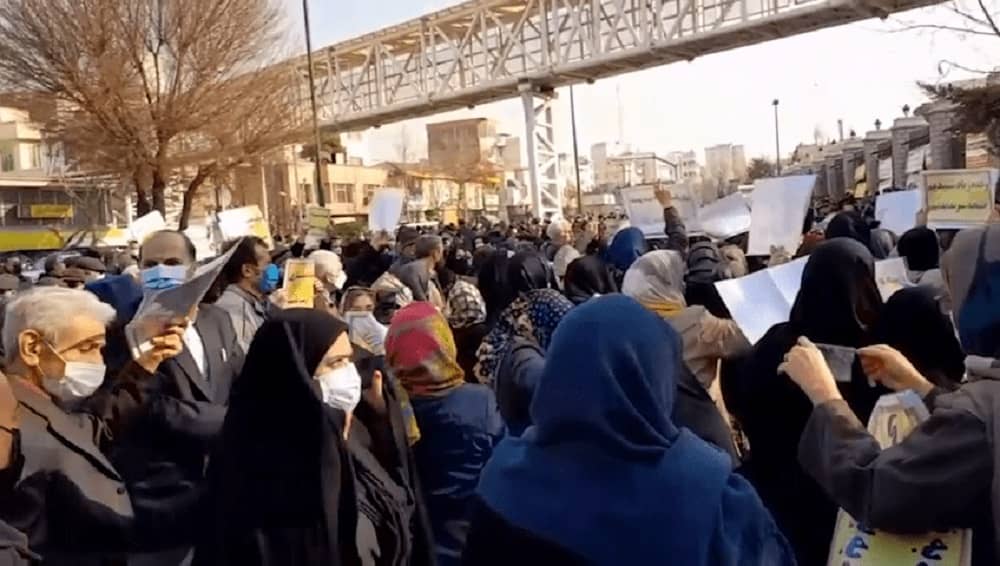 Some of the demonstrators were detained and condemned to prison and flogging.

The classification plan has only been allocated 250 trillion rials by the government. As a result, only 125 trillion rials will be allocated to teachers’ needs this year, with the remainder being deferred until the next Persian year (which begins in mid-March) and contingent on sufficient funds. The scheme will cost at least 500 trillion rials, according to the regime’s own analysts.

Ebrahim Raisi, the regime’s president, presented the Majlis with the financial plan for the next Persian year on Sunday. Despite the plan failing to satisfy the requirements of teachers, government employees, retirees, and millions of other Iranians, the Revolutionary Guards (IRGC) receive a 240 percent boost in funding. The regime’s state-run propaganda machine has also received a 58 percent financial boost.

Protests were reported in Tehran, Hamedan, Zanjan, Qom, Ardebil, Shiraz, and other cities. The protesters were chanting, “We’ve heard too many promises and no justice,” and “Rise retirees and fight discrimination.” Teachers have been continuously protesting in the past years.