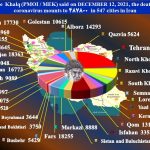 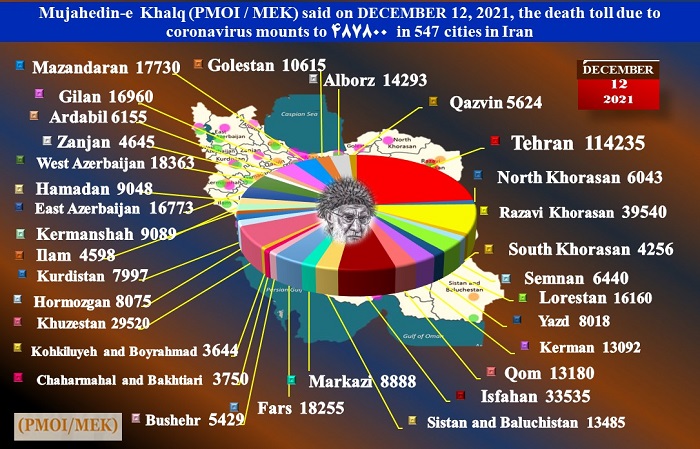 According to the Iranian opposition group The National Council of Resistance of Iran (NCRI), and the People’s Mujahedin of Iran (PMOI / MEK Iran), 487,800 people had died in Iran as a result of the Covid-19 outbreak as of December 12.

THE CORONAVIRUS DEATH TOLL ACROSS IRAN

Blaming others to prevent the spread of the protests

Blaming others to prevent the spread of the protests by nurses, Khamenei brazenly said today: “The tariff law was drafted 14 years ago, but its bylaws were not done until the end of the previous government. Last year, I also emphasized that those who should have done it did not do it!! … They should not consider the nurses as a seasonal worker!” The nurses’ protests have been spreading lately over unpaid overtime wages and the refusal to hire tens of thousands of them while the country needs nurses and medical staff. As a result of the dire living condition, the number of nurses wanting to migrate to other countries has grown by 100-fold lately.

The National Coronavirus Combat Taskforce (NCCT) Scientific Committee: The reopening of schools without observing the Coronavirus protocols such as ventilation and using masks will result in a new outbreak. (Mehr news agency, December 12, 2021)

Bushehr University of Medical Sciences spokesperson said: Since the reopening of schools, 16 students have been infected with COVID-19, five of whom had received both vaccine doses. (State-run media, Are-Iran, December 12, 2021). 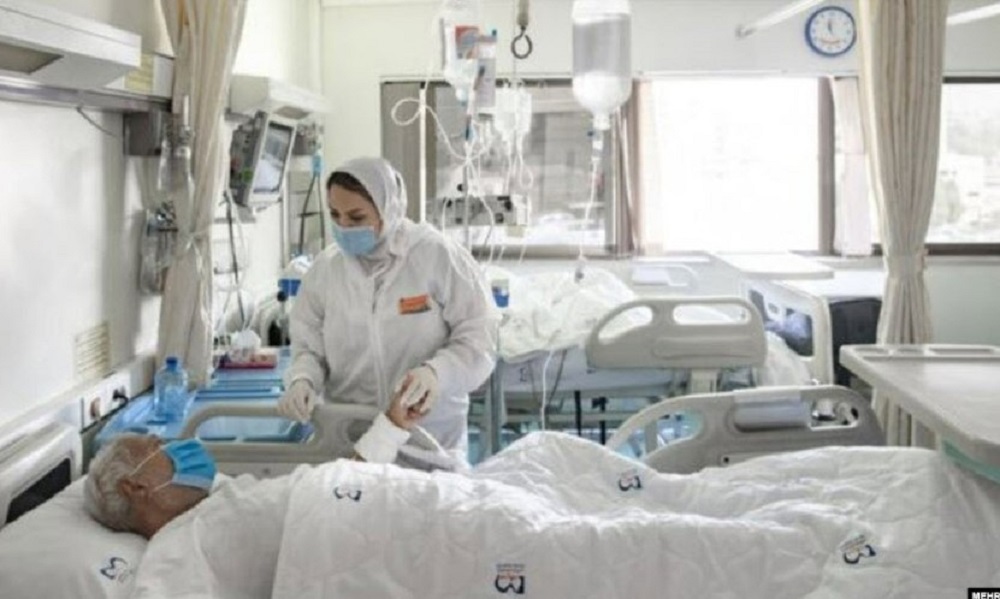 (NCRI) and (PMOI / MEK Iran): While the number of COVID-19 fatalities in Iran approaches half a million, the administration remains silent and attempts new tactics of plundering impoverished Iranians.

Shiraz University of Medical Sciences spokesperson said: With the admission of 100 new COVID-19 patients, currently, 739 COVID-19 patients are hospitalized, of which 109 are kept in the ICU. (Tasnim news agency, December 12, 2021)

(NCRI) and (PMOI / MEK Iran): COVID-19 fatalities in 547 cities exceed 432,300. Tehran is in crisis as long as we don’t have a national system to evaluate mutated viruses, we will always be facing threats and we need to definitely provide measures to have an immediate and timely response,” said a senior health official in Tehran.

Yazd University of Medical Sciences spokesperson said: The COVID-19 status in Bafgh and Bahabad is orange, and other cities in the Province are yellow. (Tasnim, December 12, 2021)