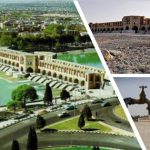 Written by Esmail Mohades on November 25, 2021. Posted in NEWS 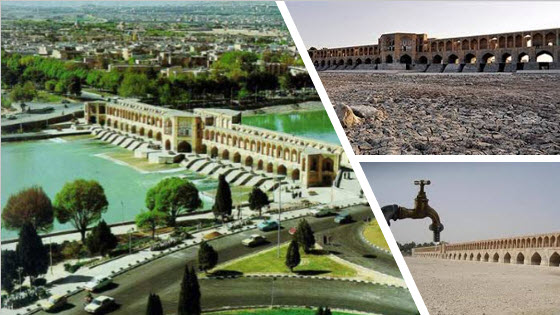 (NCRI) and (PMOI / MEK Iran): “No one has ever heard that a farmer was asking for money. The farmer wants the right to water. He wants his agricultural land. In short, he wants his identity.”

Iran’s regime is concerned that the number of disgruntled citizens and farmers who took part in Isfahan’s water protests on the dried-up ground of the Zayandeh Rood River during the previous 14 days may spread to other regions of the nation. As a result, it has labeled the protest a ‘gentle rally,’ claiming that the Iranian people are putting a line between themselves and others who are ‘rioters and those who are fomenting riots’.

The regime’s propaganda comes from its weakness

On November 20, the state-run daily Jahan-e-Sanat said, “these protests are not political at all; rather, the people are protesting because of their living conditions.”

Government operatives sought to urge people to chant slogans in support of the regime’s supreme leader Ali Khamenei at the gathering, fearing that the protest would turn radical, but the people criticized him, and the regime’s intentions failed.

“The people of Isfahan gathered under the Khajou Bridge to pledge allegiance to the supreme leader so that the regime’s opponents would not take advantage of the gentle gathering of farmers,” the regime’s state media was forced to write.

On November 20, “the Minister of Energy responded to the protests by offering to pay money and to express shame,” according to the state-run daily Shargh. Other officials made statements that seemed like they came from a public relations drawer of pre-written letters. 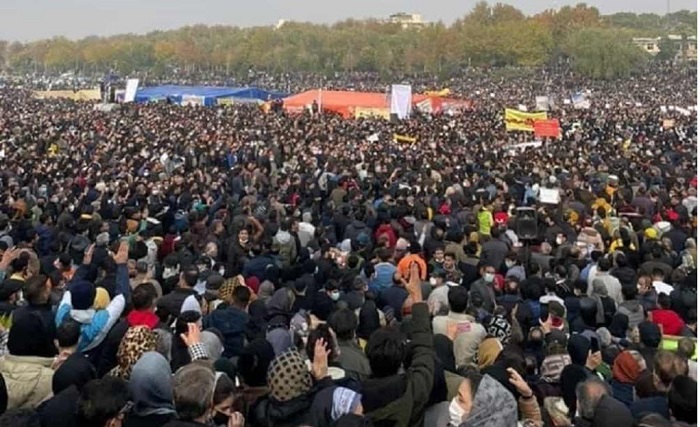 “No one has ever heard that a farmer was asking for money. The farmer wants the right to water. He wants his agricultural land. In short, he wants his identity.”

The regime’s propaganda effort to depict the people of Isfahan’s insurrection as apolitical comes from its weakness and fear of the protests spreading to other parts of Iran and becoming an example for the poor and outraged people throughout the country.

This has been seen in the aftermath of people’s protests in Khuzestan over the same issue of water scarcity, which is caused by the regime’s water policies, which channel rivers to regions that benefit the IRGC.

The uprising in November 2019 marked a major turning point in the Iranian people’s relationship with the regime. And the people are well aware that they would not be able to achieve anything other than through protesting.

“Although two years have passed since the tragic events of November 2019 (for the regime), its negative effects (for the government) are still visible. There is grief (and resentment) in the eyes of the people!” state-run daily Etemad, reported on November 20. 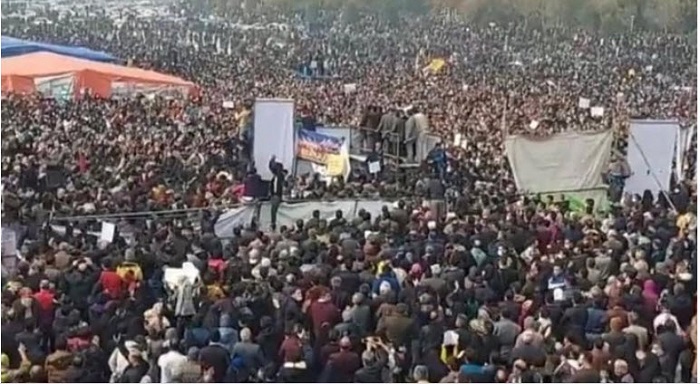 (PMOI / MEK Iran) and (NCRI): Although two years have passed since the tragic events of November 2019 (for the regime), its negative effects (for the government) are yet visible.

Many remote villages do not have drinking water

The reason for this is evident, as other newspapers have reported.”Managers of government agencies have beenin the media, linking the November 2019 protesters to dissidents and inciting public outrage, having raised their salaries several times since the beginning of unbridled inflation.”

About the serious water situation in Khuzestan province, which is the same as in Esfehan, Mojtaba Yousefi, an MP, said:

“Twelve MPs traveled to Khuzestan, and it was unbelievable that the villagers in Ghayzanieh, despite 700 wells and oil wells, 5 large rivers, and 7 large dams, do not have drinking water.”

“Many remote villages have poor drinking water and living conditions, and they struggle with even the most basic issues.” Some provinces and cities are even involved in water and sewage difficulties, as well as basic ones. “We see these problems, for example, in Khuzestan, Sistan, and Baluchestan, south of Kerman, Ilam, and Kermanshah,” the state-run news agency Borna said on November 19. 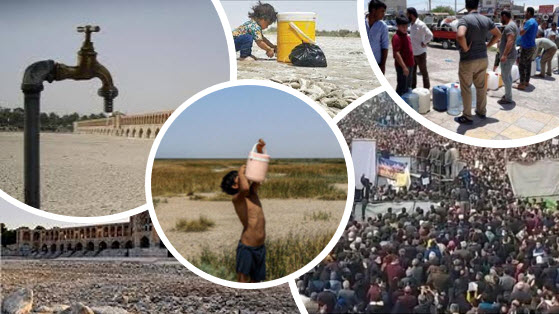 (PMOI / MEK Iran) and (NCRI): Many remote villages have poor drinking water and living conditions, and they struggle with even the most basic issues.