Written by Amineh Qaraee on November 12, 2021. Posted in NEWS 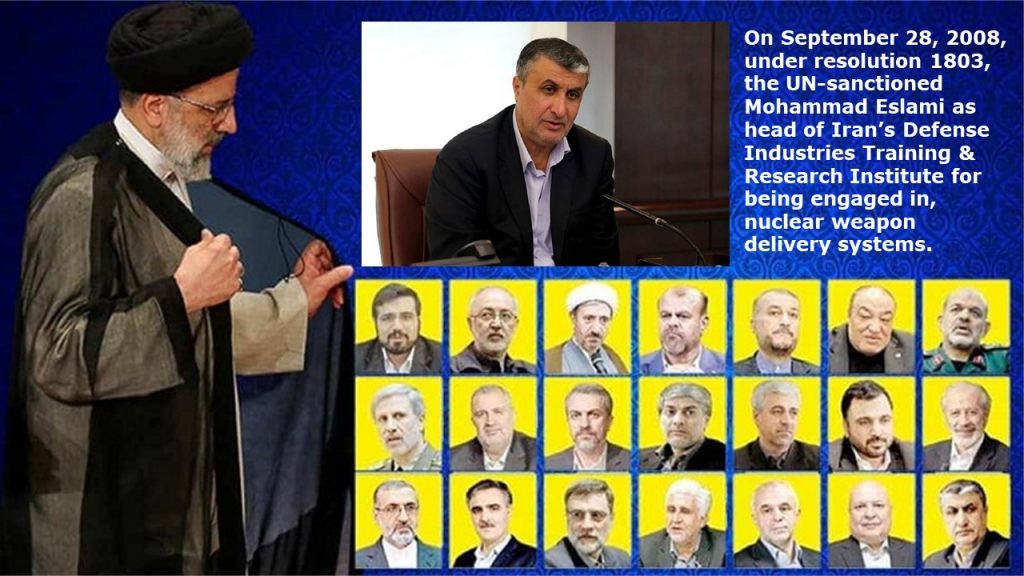 Concurrent with the Iranian regime’s improbable operation against US piracy in the Gulf of Oman, Ebrahim Raisi, the regime’s president, reiterated the regime’s desire for the initiation of nuclear talks with world powers (known as the JCPOA), saying: “A result-oriented negotiation is what we’re looking for.

” With this brief sentence, he creates the illusion for the government’s elements that the regime is returning to the negotiating table without any outside pressure and of its own volition, seeking for its desired demands, lest the negotiations are halted again.

On November 7, Abdolreza Faraji, a regime’s international affairs analyst, reacted to a reporter in the state-run Arman newspaper, attempting to deny the regime’s nuclear case going to the Security Council and being included in Chapter VII of the UN Charter, but secretly admitting:

“I do not see Plan B. Israel is putting a lot of pressure on Plan B, but some European and Gulf Arab states are less inclined to plan B. But if Iran will not accept to sign any JCPOA then they will consider a plan B. 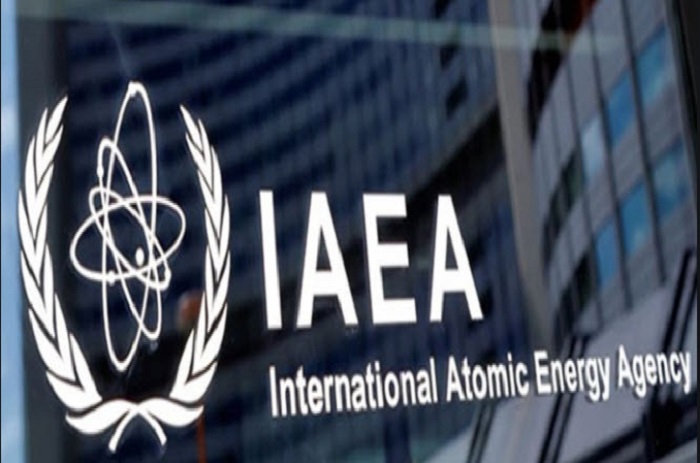 (PMOI / MEK Iran) and (NCRI): European and Gulf Arab states are less inclined to plan B. But if Iran will not accept to sign any JCPOA then they will consider a plan B.

Any failures to talk, the regime will face a grim future

“Plan B, which Biden once proposed and then withdrew, had the central idea of a severer control over Iran’s oil exports. What is in the mind of Israel and some Arabs about the plan B, is that Iran’s case goes to the Security Council and be placed there under Chapter VII of the UN Charter.”

Furthermore, this expert stated previously that if the regime fails to achieve a deal in the talks, it will face a grim future:

“No big work can be done unless the country’s oil exports are maximized and money is easily imported. Otherwise, neither homes nor roads will be created, and future wage and salary payments may become problematic.

(PMOI / MEK Iran) and (NCRI): Grossi, a 58-year-old career diplomat from Argentina who worked as a senior IAEA official from 2010 to 2013, said he “already knows some of the main decision-makers in Iran.” Nuclear.

The US Said, the regime can only lift nuclear sanctions

“We will see an increase in inflation and a rise in the price of the dollar if the negotiations succeed.” The majority of people will be unable to purchase a can of yogurt or a sack of rice if the dollar rises. However, because the people are currently suffocating, the agreements must be completed.”

The lifting of all sanctions is the principal goal of Raisi’s “result-oriented negotiations.” Meanwhile, all existing evidence suggests that this demand is merely a mirage. Because of the following reasons:

According to US officials, the regime can only lift nuclear sanctions to their maximum level if it agrees to negotiate with the West, specifically the US, so the issue of lifting all sanctions, many of which are related to the regime’s missiles, human rights violations, and misbehavior in the region, is not included.

(PMOI / MEK Iran) and (NCRI): According to US officials, the regime can only lift nuclear sanctions to their maximum level if it agrees to negotiate with the West, specifically the US.

The regime’s vulnerability in the power balance

In addition, the International Atomic Energy Agency is continuing to work on implementing the regime’s ‘Additional Protocol.’ The results of surveillance camera monitoring are not currently being provided to the Agency; until this consent is acquired, no agreement can be struck.

Finally, the regime has asked that the US guarantee that it will not withdraw from the JCPOA again.

because the US President lacks the authority to grant such a request.

As a result, Raisi’s claim that the negotiations will be result-oriented is nothing more than a charade to hide the regime’s vulnerability in the current power balance. 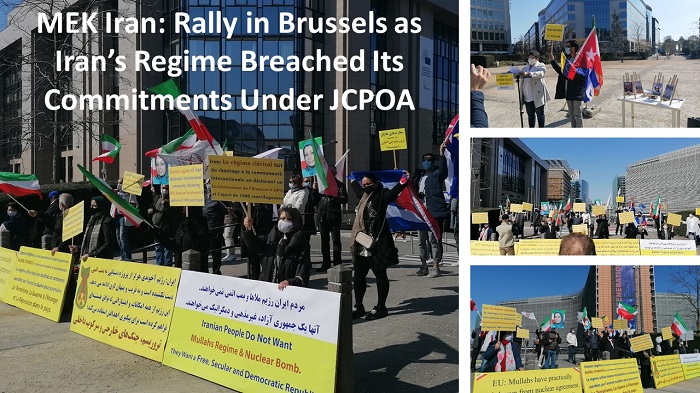 (NCRI) and (PMOI / MEK Iran): nothing more than a charade to hide the regime’s vulnerability in the current power balance.