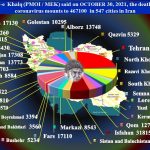 Written by Mohsen Aboutalebi on October 31, 2021. Posted in NEWS 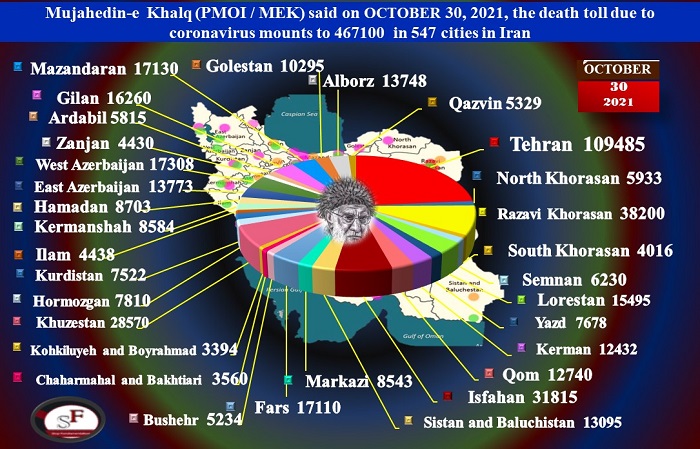 According to the Iranian opposition group The National Council of Resistance of Iran (NCRI), and the People’s Mujahedin of Iran (PMOI / MEK Iran), 467,100 people had died in Iran as a result of the Covid-19 outbreak as of October 30.

Despite repeated warnings from experts about the emergence of the sixth COVID-19 outbreak, Ebrahim Raisi ordered the reopening of schools and universities on November 22, 2021.

Member of the Scientific Committee of the National Coronavirus Combat Taskforce (NCCT): Soon, we will face the sixth COVID-19 outbreak. The presence of students in schools can be the beginning of a new peak. (State-run daily, Hamshahri, October 30, 2021)

The country is still involved in the fifth COVID-19 outbreak. The death toll is high, and the infection rate is significant. (Hamshahri daily, October 30, 2021)

(NCRI) and (PMOI / MEK Iran): COVID-19 fatalities in 547 cities exceed 467,100. Tehran is in crisis as long as we don’t have a national system to evaluate mutated viruses, we will always be facing threats and we need to definitely provide measures to have an immediate and timely response,” said a senior health official in Tehran.

Kurdistan University of Medical Sciences spokesperson said: “The fifth COVID-19 outbreak in the Province was the most prolonged outbreak since the pandemic and is still taking lives in Kurdistan,”. (Tasnim news agency, October 30, 2021)