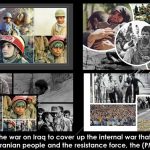 MEK: How the Iran-Iraq War Began

Written by Amineh Qaraee on September 27, 2021. Posted in NEWS 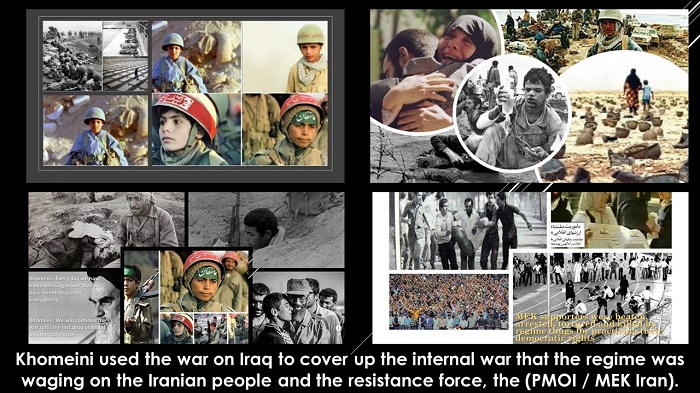 The Iran-Iraq conflict began on September 22, 1980, when the regime’s first supreme leader, Ruhollah Khomeini, declared war on the Iranian people. The National Council of Resistance of Iran (NCRI), and the People’s Mujahedin of Iran (PMOI / MEK Iran), reported that every year, the regime misrepresents this event as a success for the Iranian people when in reality, it was merely a victory for the regime’s survival.

This dictatorship refers to the eight-year battle as the ‘Holy Defense.’ The question is, what is the history of such an expression, and have we seen anything like it throughout history?

Khomeini’s seeming meddling in Iraqi affairs set the stage for one of the longest wars of the twentieth century. Kayhan penned a bold title six months before the war began:

“Imam Khomeini calls on the Iraqi army to rise up.” 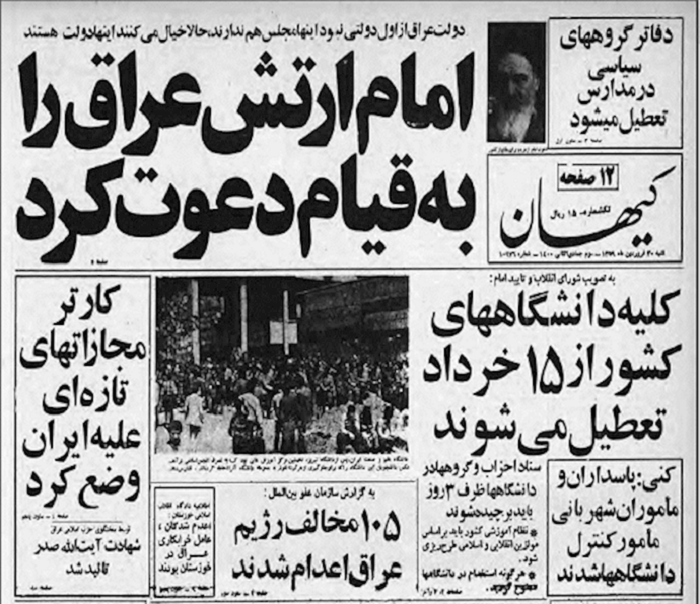 In addition to achieving Khomeini’s conquest objectives, the conflict became an excuse to confront and eliminate political groups and organizations within the country.

The first commander of the Revolutionary Guards, Javad Mansouri, said:

“If there hadn’t been a war, I think the Islamic Revolution would have been defeated. [The war gave us] strength, experience. Many of us had great war outcomes. With the war we were able to suppress the counterrevolutionaries inside, to suppress the groups.” 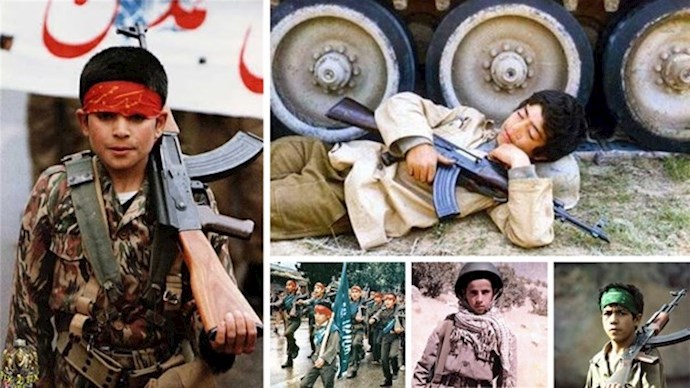 (PMOI / MEK Iran) and (NCRI): Iranian regime founder Ruhollah Khomeini had issued a fatwa that schoolboys do not need to ask their parents for permission to join the 1980s Iran-Iraq war.

The liberation of Khorramshahr

The liberation of Khorramshahr was a turning point in the Iran-Iraq conflict, as it signaled the retreat of Iraq’s invading forces from Iranian territory. Without a sure, this could have been an excellent opportunity for Khomeini to bring the conflict to a close if he had viewed it as a “crisis” rather than a “blessing.”

Despite this, Khomeini referred to the war as a “gift” and a “blessing.” 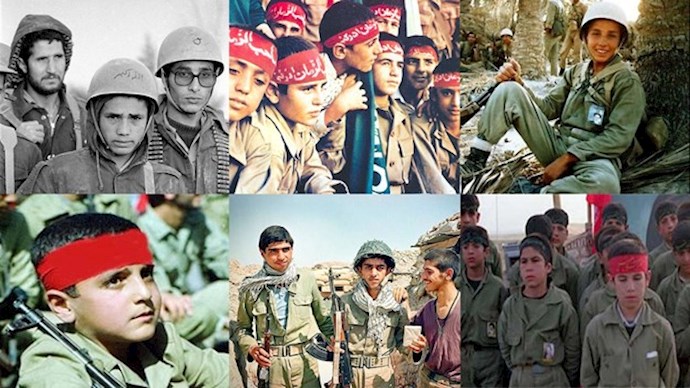 (NCRI) and (PMOI / MEK Iran): According to regime officials, more than 36,000 schoolboys were “used” as cannon-fodders to clear minefields during the Iran-Iraq war.

Khomeini saw peace as the ‘burial of Islam,’

He saw peace as the ‘burial of Islam,’ despite the fact that observers argue that peace would have resulted in the burial of his rule; as a result, he continued to fight after Khorramshahr was liberated.

“This battle was a great blessing for you because it revealed your true self to you. It was unclear how we would be and what condition we would be in if the war had not occurred.” 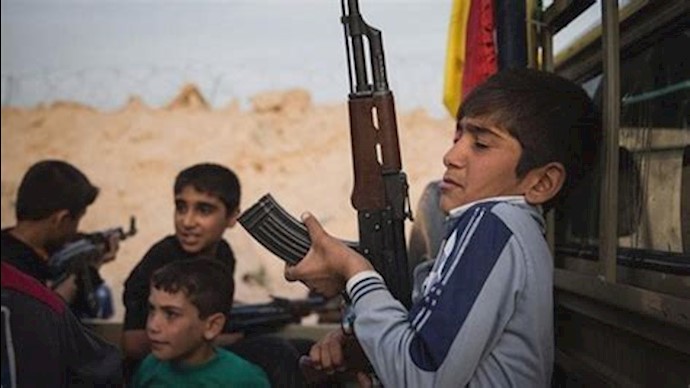 Khomeini called his campaign a battle between Islam and unbelief

In a reference to the Crusades, Khomeini called his campaign a battle between Islam and unbelief, with the goal of ‘conquering Quds through Karbala.’ Of course, this did not satisfy him. His warmongers began the conflict with the slogan “war to victory,” which they later altered to “war to eliminate world intrigue.”

All Middle East wars, the sad reality is, are continuations of the regime’s “export of revolution” and “holy defense.” Millions of dollars have been lost, and the region’s countries have suffered untold losses. 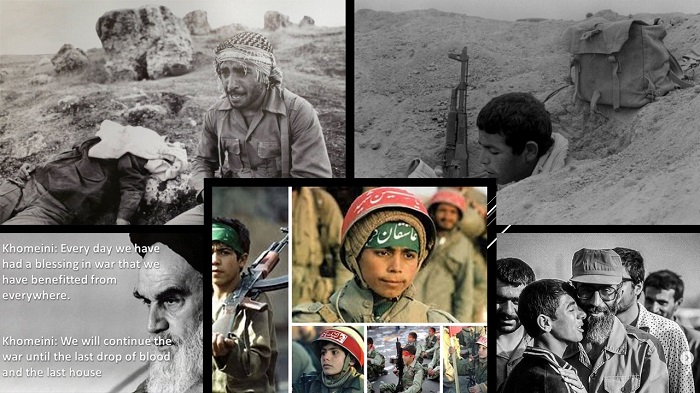 (NCRI) and (PMOI / MEK Iran): Iran-Iraq War, During the Iran-Iraq war, he is best known for sending hundreds of Iranian youngsters to minefields.

MEK’s role in the war

In the year 1980, as Iraqi forces crossed into Iran, the People’s Mojahedin Organization of Iran (PMOI/MEK) condemned the occupation of Iranian territory and declared its readiness to defend the homeland and innocent people of western Iran.

However, from the very first weeks of the war, IRGC forces were harassing and mistreating MEK-supported forces and even arrested many of their ranks. 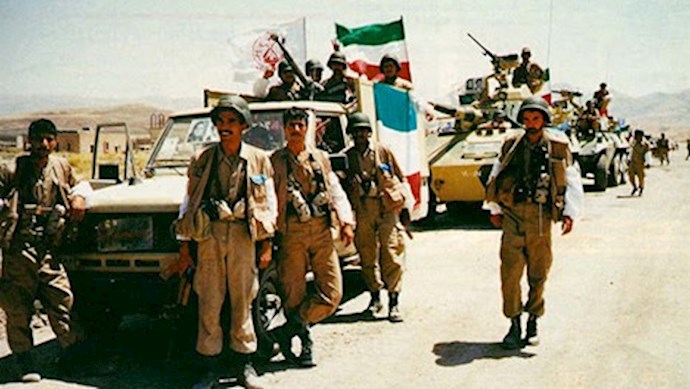 (PMOI / MEK Iran) and (NCRI): In the year 1980, as Iraqi forces crossed into Iran, the People’s Mojahedin Organization of Iran (PMOI/MEK) condemned the occupation of Iranian territory and declared its readiness to defend the homeland and innocent people of western Iran.