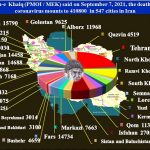 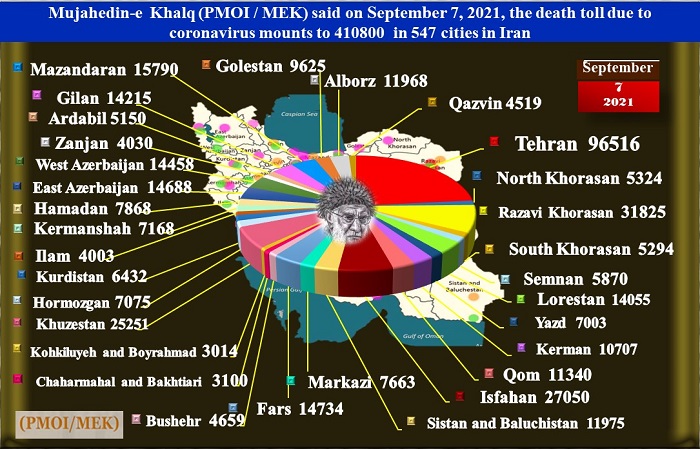 According to the Iranian opposition group The National Council of Resistance of Iran (NCRI), and the People’s Mujahedin of Iran (PMOI / MEK Iran), 410,800 people had died in Iran as a result of the Covid-19 outbreak as of September 7.

The shortage of medical staff as a severe problem

Hamid-Reza Azizi, the deputy head of the Nursing Organization, described the shortage of medical staff as a severe problem. He said, “Currently, the ratio of nurses compared to hospital beds in the country is at its worst, at about 0.8 per bed. This ratio has reached 0.5 in deprived cities such as Zahedan, etc., which is a catastrophe,  Twenty-five patients are managed by a nurse, and this situation is not good at all. In Tehran, in some wards, 15 critically ill patients are being cared for by a single nurse, and this is a tragedy.”. (ISNA news agency, September 7, 2021) 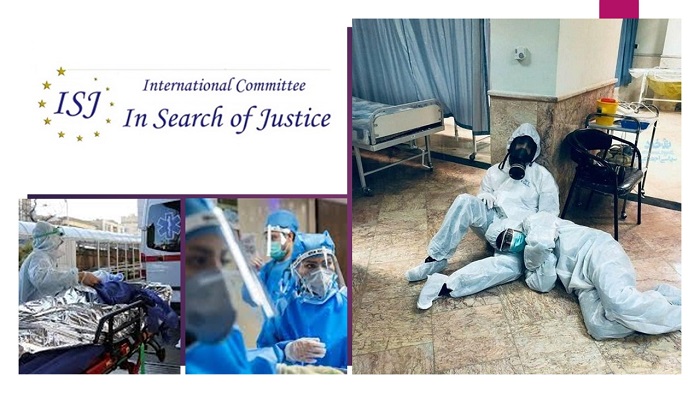 (PMOI / MEK Iran) and (NCRI): In Search of Justice’ (ISJ): Nurses, doctors and other medical workers need significant assistance from the international community.

The head of the National Coronavirus Combat Taskforce (NCCT) in Tehran Alireza Zali, said: “During the past 24 hours, 20,000 COVID-9 outpatients referred to medical centers, 1,900 were hospitalized, 226 in ICU,”. (ISNA news agency, September 7, 2021)

Sina Hospital in Tehran: “All ICU wards are full. Many critically ill COVID-19 patients are waiting in line. There is no manpower to create a new ICU ward. If people had been vaccinated  in March, these many deaths could have been prevented.” (ISNA, September 7, 2021)

(NCRI) and (PMOI / MEK Iran): COVID-19 fatalities in 547 cities exceed 410,800. Tehran is in crisis as long as we don’t have a national system to evaluate mutated viruses, we will always be facing threats and we need to definitely provide measures to have an immediate and timely response,” said a senior health official in Tehran.

Qom University of Medical Sciences spokesperson said: “During the past month, 611 patients who tested positive for COVID-9 in the Province, lost their lives,”. (IRNA news agency, September 7, 2021)

Kerman University of Medical Sciences spokesperson said: “The number of critically ill patients in the Province is still high, and the number of deaths will remain high for some time,”. (ISNA, September 7, 2021)

Tabriz University of Medical Sciences spokesperson said: “There are 1,948 Coronavirus patients hospitalized in the Province, a record since the beginning of the outbreak,”. (ISNA, September 7, 2021)

Kurdistan University of Medical Sciences spokesperson said: “Currently there are more than 900 people hospitalized, which is unprecedented and concerning. If the fifth peak continues as is, we will face a shortage in beds and medicine more than ever before, and we will not be able to provide for such needs,”. (ISNA, September 7, 2021)