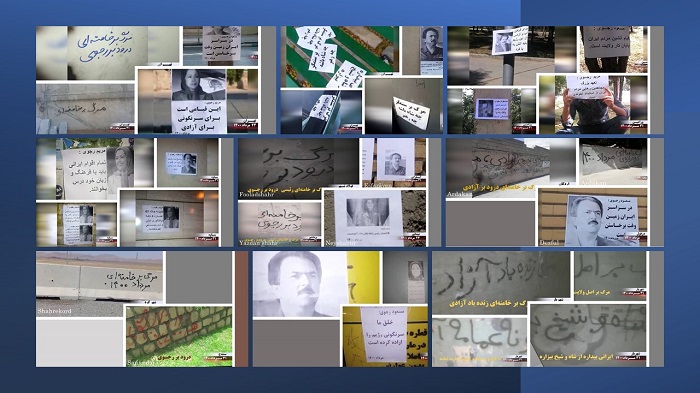 (PMOI / MEK Iran) and (NCRI): the Resistance Units and supporters of the Mujahedin-e Khalq (MEK/PMOI) called for protest and uprising to put an end to the clerical dictatorship.

The National Council of Resistance of Iran (NCRI), and the People’s Mujahedin of Iran (PMOI / MEK Iran), reported that the state media have warned regime officials about their ‘sworn enemy’, the MEK, as Iran’s crises deteriorate and the regime faces increasing international isolation.

It seems that defying the sanctions set by foreign leaders is the only way that the regime can keep its activities up and running. The loss of these activities will only weaken the mullahs’ clerical regime.

The NCRI said, “The Iranian regime and its apologists had hoped that the new U.S. administration would immediately return to the 2015 Iran nuclear deal with world powers.
Yet, as the regime did not reach its desired outcome, the nuclear talks became frustrating.”

(PMOI / MEK Iran) and (NCRI): Misusing the coronavirus crisis, the Iranian regime tries to either ease or lift the international economic sanctions.

State-run Mostaghel daily wrote in their Monday publication that the ‘unbridled costs’ in Iran’s economic crisis, along with the difficult living conditions that Iranian citizens are facing, are the result of the sanctions set upon Iran by the United States and other Western countries.

The NCRI said, “Mostaghel daily, blamed the rival faction [the MEK], underlining that they ‘ignored social conditions and crises, and continued to provoke and make the other side react’.” 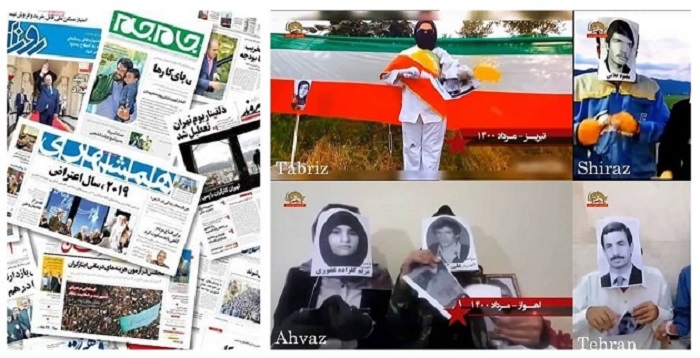 MEK and join its ‘Resistance Units

The daily claimed that due to the fact that Iranian society is suffering from the inflation crisis and poor living conditions, and that many regime sympathizers are wavering in their support of the regime, the MEK is trying to make the most of the situation to boost their own agenda.

The NCRI said, “The MEK has been opposing the mullahs’ regime for 40 years, paying the heavy price of freedom by sacrificing over 120,000 of its members and supporters. In recent years, despite the regime’s systematic campaign of demonizing the MEK, more people, main youth, are attracted to the MEK and join its ‘Resistance Units’.” 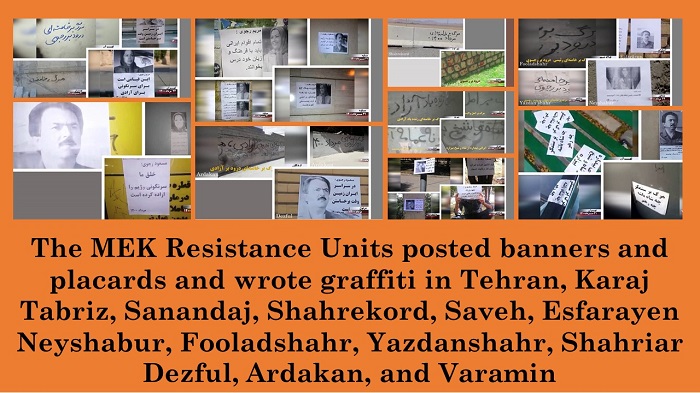 Mostaghel blamed the MEK for the deception and brainwashing of Iranian youths through their ‘sinister ideology’, turning them into rioters.

The daily also echoed the regime’s concerns regarding the Resistance’s ‘Free Iran World Summit that took place between July 10 and 12, where many international political figures participated and agreed that an assertive policy needs to be put into place to deal with the regime. 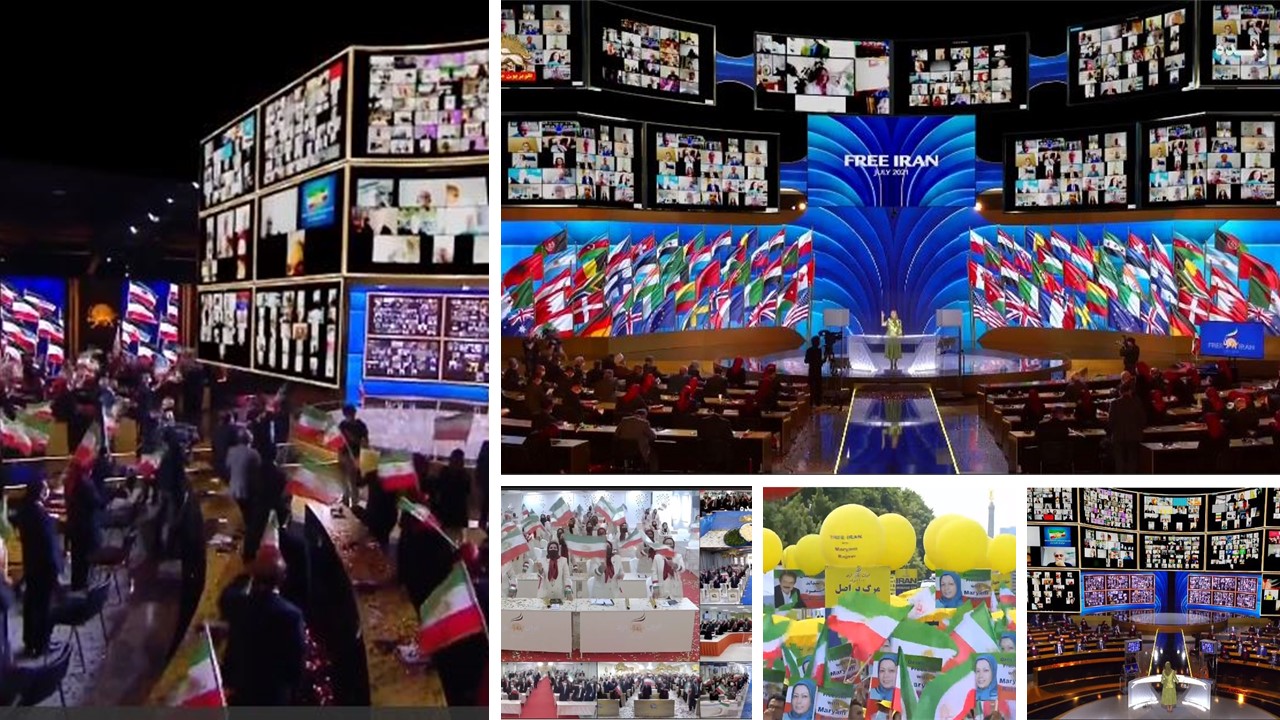 1000 members of the MEK Resistance Units

The NCRI said, “During the Free Iran World Summit, at least one thousand members of the MEK Resistance Units were connected to the event. They expressed their utter support of the Iranian Resistance and their readiness to fight against the mullahs’ regime.”

Mostaghel claimed that the meeting of MEK supporters only took place in order for the MEK to have support to claim that they are an important force in Iran. 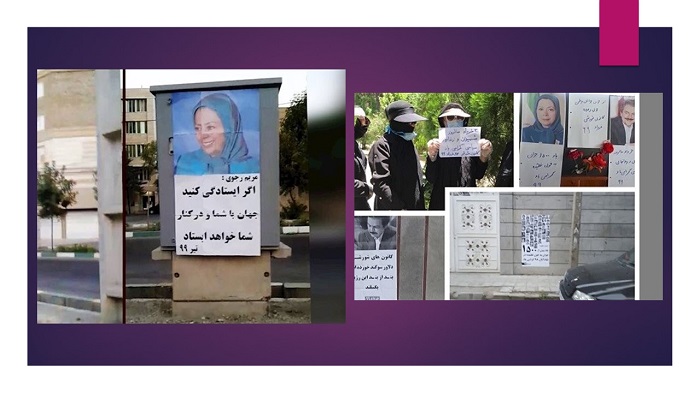 The regime is unable to resolve people’s crises

Regardless of the challenges that they have faced, the Iranian Resistance movement is continually striving for freedom and guiding society towards the country’s future freedom and democracy.

The NCRI said, “Mostaghel daily concludes that by negotiating with the world powers, the regime could avoid its imminent downfall. The regime is unable to resolve people’s crises because it has created them.” 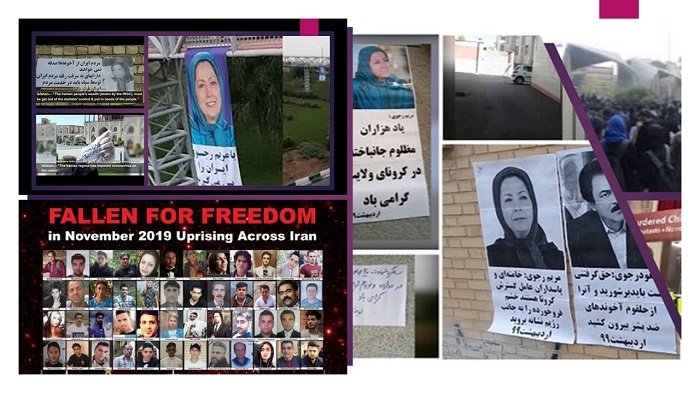 (NCRI) and (PMOI / MEK Iran): The MEK is keeping up the momentum of its Resistance movement and it has Resistance across the country.