Written by Mohsen Aboutalebi on August 26, 2021. Posted in NEWS

The inauguration of Ebrahim Raisi to the office of President of the Iranian government has raised concerns that his reign will see an increase in the regime’s terrorist operations and the continuation of human rights violations. This fear appears to be well-founded, given his choices for government leadership roles.

The People’s Mujahedin of Iran (PMOI / MEK Iran), and the National Council of Resistance of Iran (NCRI), reported that Raisi’s cabinet is projected to be a group of criminals and human rights abusers who will move in lockstep toward further domestic repression and increased terrorist export to the international community. 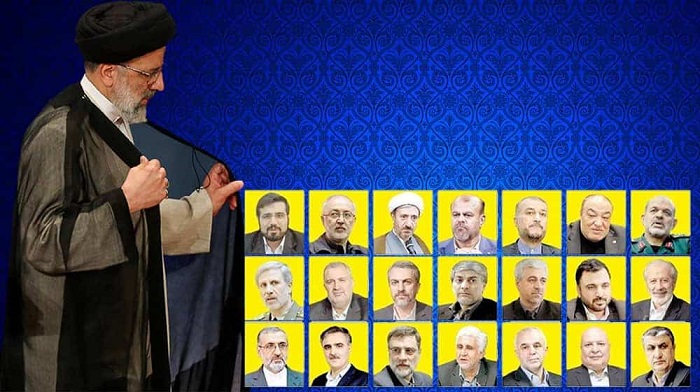 (PMOI / MEK Iran) and (NCRI): Raisi’s cabinet is projected to be a group of criminals and human rights abuses.

Only 10% of eligible voters cast ballots in the election

To deal with the regime, the international community needs to develop more robust policies. Iranian voters have already demonstrated their contempt for their new President by boycotting fake elections long before he was appointed, given to Raisi’s history of violently crushing opposition.

The National Council of Resistance of Iran (NCRI) earlier reported that only 10% of eligible voters cast ballots in the election.

The massacre of 30,000 political prisoners

Raisi’s appointment came as Khamenei anticipated a repetition of the 2017 anti-government protest, and Khamenei saw Raisi as the ideal candidate because of his reputation of extreme cruelty when it came to capital punishment.

Raisi was a key figure in the 1988 ‘death commission,’ which resulted in the massacre of 30,000 political prisoners.

Violent crackdowns on protesters have been ongoing

Violent crackdowns on protesters have been ongoing both before and after Raisi’s inauguration, suggesting that Raisi’s policies and the tendency for harsh punishments for dissent are likely to continue.

Such demonstrations show extraordinary resilience on the part of the Iranian people, especially considering their lack of faith in the world’s response to Raisi’s administration.

Enrique Mora, a European Union official, was heavily chastised for attending Raisi’s inauguration. It appears that Western governments are willing to overlook Raisi’s human rights violations in order to continue to provide concessions to the regime.

If Western policy continues to emphasize friendly outreach to the Raisi administration after that time, the regime will effectively be granted impunity not only for past human rights violations, but also for international terrorism, the spread of extremism, and the theft of resources from the Iranian people.

The Islamic Revolutionary Guard Corps (IRGC), the regime’s hard-line soldiers that ruthlessly patrol demonstrations in Iran, is represented by the bulk of Raisi’s appointed administration chiefs.

Raisi’s pick for the Foreign Ministry, Hossein Amir Abdollahian, was known to be connected to Qassem Soleimani, the former terrorist chief of the Quds Force who was killed in a drone attack in Iraq in January 2020. 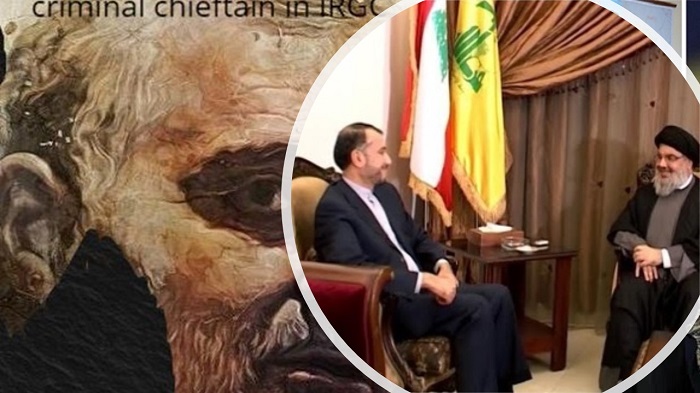 (NCRI) and (PMOI / MEK Iran): Hossein Amir Abdollahian, was known to be connected to Qassem Soleimani, the former terrorist chief of the Quds Force.

Ahmad Vahidi, the regime’s designated head of the Interior Ministry, is a former commander in the Quds Force. Interpol has issued an arrest order for him for his role in a blast that killed 85 people in Argentina in 1994. Two years later, he was apparently implicated in another bombing in Saudi Arabia.

Neither the European Union nor the United States can afford to sit on the sidelines and watch such persons rise to power. By strengthening Tehran’s attitude of impunity, they would be jeopardizing their own interests.