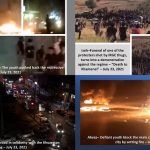 Written by Mohsen Aboutalebi on August 3, 2021. Posted in NEWS 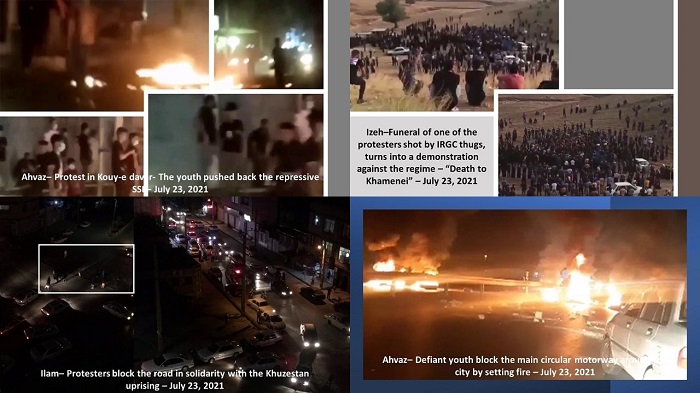 The National Council of Resistance of Iran (NCRI), and the People’s Mujahedin of Iran (PMOI / MEK Iran), reported that the protests in Khuzestan province have been ongoing for eighteen days. These protests, which began as a result of water scarcity, have since evolved into political protests that have spread to other cities. In their slogans, they have targeted the dictatorship and its Supreme Leader.

The regime has been unable to stop protests

The regime’s oppressive methods have been stepped up. Over 12 people have been killed in Khuzestan in the last several days, and the regime has imposed an internet blackout throughout the country to freely oppress the people.

Yet, despite these efforts, the regime has been unable to maintain control over society.

(PMOI / MEK Iran) and (NCRI): Protesters in 12 provinces rallied in solidarity with the Khuzestan uprising.

Mothers of victims of the November 2019 uprisings

Hundreds of mothers of victims of the November 2019 uprisings in Tehran began a march in solidarity with the people of Khuzestan on Friday, July 30.

They marched and yelled anti-government slogans while clutching photos of their lost loved ones, encouraging others to stand up against the mullahs’ dictatorship.

(PMOI / MEK Iran) and (NCRI): Mothers and families of November 2019 martyrs demonstrate in Tehran. Call for the uprising against the clerical regime.

Mrs. Maryam Rajavi, the opposition’s president-elect, said in this regard: “Hail to the courageous mothers of the November 2019 martyrs who have taken to the streets to demand justice for their children and the children of Khuzestan. Your cries are Iran’s cries for justice after 42 years of carnage, executions, torture, pillage, and poverty.”

The mothers of the November 2019 martyrs were arrested by the regime’s security forces, but they were freed after a few hours due to public outrage. 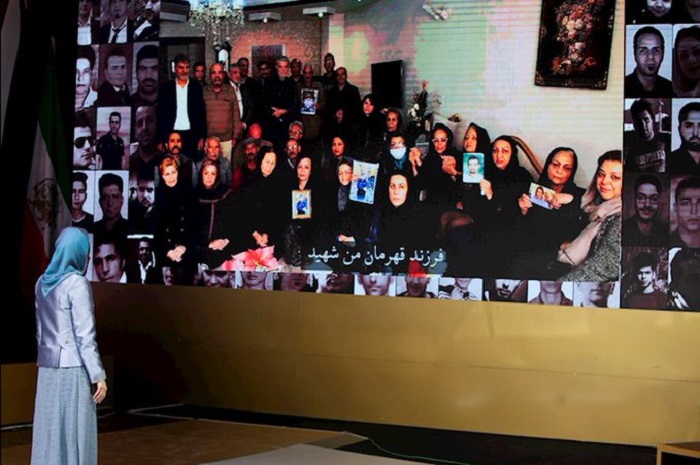 (NCRI) and (PMOI / MEK Iran): Mrs. Maryam Rajavi, Hail to the courageous mothers of the November 2019 martyrs who have taken to the streets to demand justice for their children and the children of Khuzestan.

Residents in Tehranpars, east of Tehran, rushed into the streets

On Friday night, after a soccer match, residents in Tehranpars, east of Tehran, rushed into the streets. “No Gaza, no Lebanon, my life for Iran,” “Death to the dictator,” “Down with the Supreme Leader,” “the Supreme Leader is our disgrace,” and “this is the last word, we are aiming the entire regime” were among the chants heard.

These chants and protests once again demonstrated the volatile nature of Iranian society and the regime’s inability to manage it. 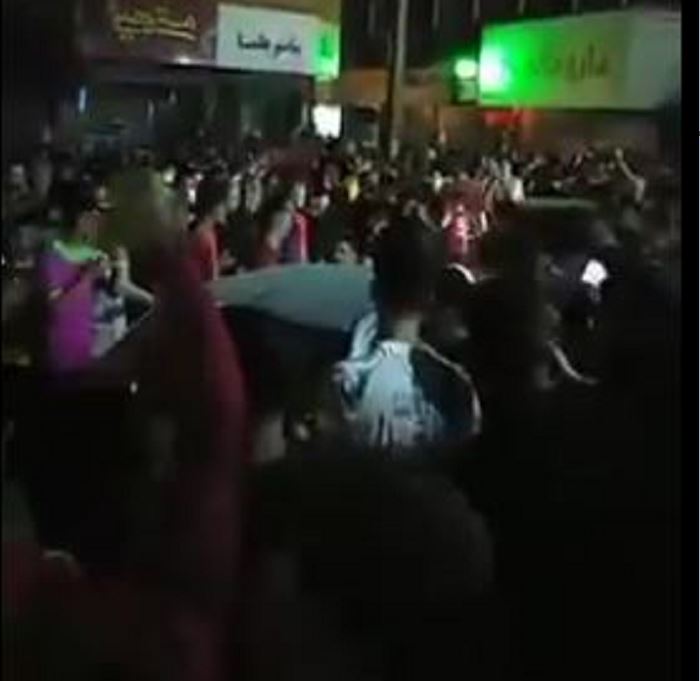 (NCRI) and (PMOI / MEK Iran): They protested against the regime, chanting, “Death to the principle of Velayat-e-Faqih.

A measure to censor the internet

The regime has now adopted a measure to censor the internet in order to silence the Iranian people’s demands for freedom.

While the dictatorship has yet to implement this plan into action, state-run media and authorities have warned of its potential consequences and how it could provoke new protests.

On July 31, 2021, the state-run Ebtekar daily said, “While economic pressure, drought, the coronavirus outbreak, and other factors have frustrated people and fueled flames of rage, the parliament approves this bill.” 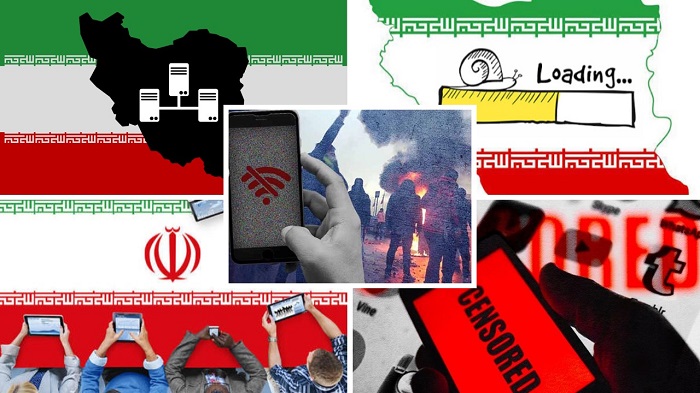 (PMOI / MEK Iran) and (NCRI): the issue of censoring and limiting internet space has once again been brought to the forefront of the news.

“This plan not only puts people’s livelihoods in jeopardy by creating two million jobless people, but it also stifles the flow of information and restricts freedom in Iran. In other words, many different deciles are part of the resistance to this strategy, according to Ebtekar.

The regime is willing to impose an internet blackout because it is concerned about the internal repercussions of large-scale protests as well as the reaction of the global community. 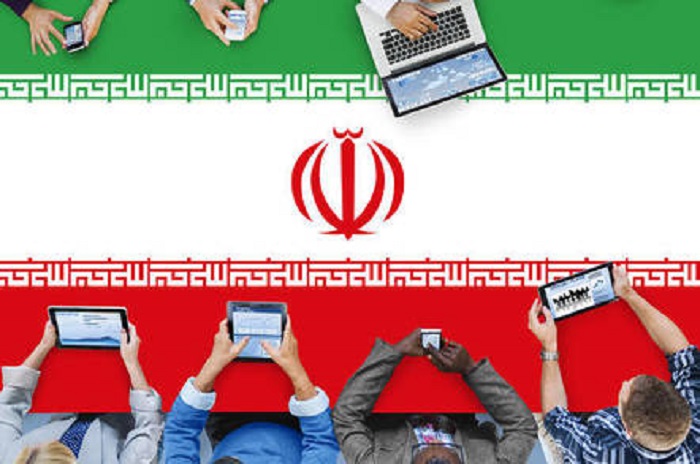 Many politicians throughout the world condemned internet restriction

Many politicians from Europe and the United States have recently expressed support for the Iranian people’s legitimate demands. European politicians, in particular, have criticized their governments for taking a weak stance toward the regime and encouraged them to support the Iranian people.

The Iranian people have been calling for regime change for a long time. The time has finally come for the global community to back their goal for a democratic society and a change of regime.