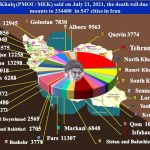 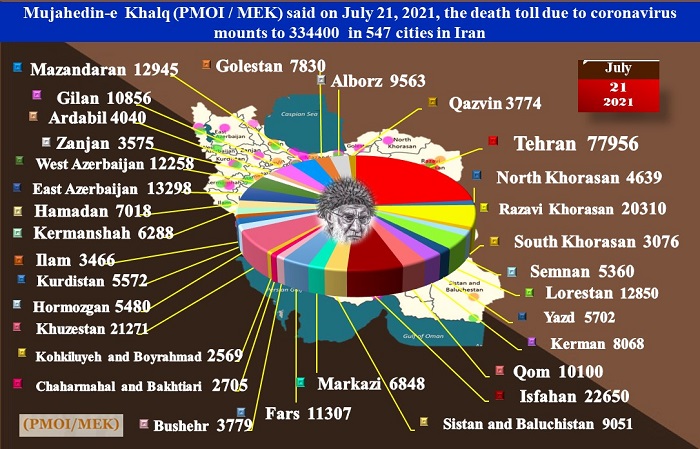 The National Council of Resistance of Iran (NCRI), and the People’s Mujahedin of Iran (PMOI / MEK Iran), reported that the coronavirus death toll in 547 cities surpasses 334,400. 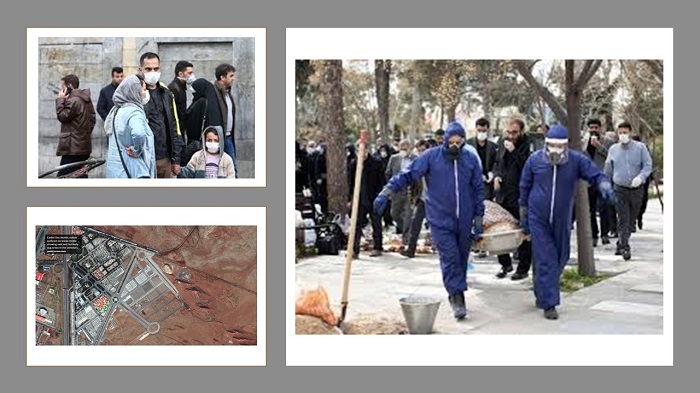 (PMOI / MEK Iran) and (NCRI): Regime’s Medical Council: The COVID-19 death rate in Iran is higher than EU, with a population of 450 million.

The mullahs’ regime deputy Health Minister Iraj Harirchi said: “We have a serious problem inpatient admissions. We have set a record in COVID-19 outpatient; 27,444 people tested positive in the past 24 hours, 3,036 were hospitalized, and 250 died,”. (ISNA news agency, July 21, 2021)

(NCRI) and (PMOI / MEK Iran): COVID-19 fatalities in 547 cities exceed 334,400. Tehran is in crisis as long as we don’t have a national system to evaluate mutated viruses, we will always be facing threats and we need to definitely provide measures to have an immediate and timely response,” said a senior health official in Tehran. 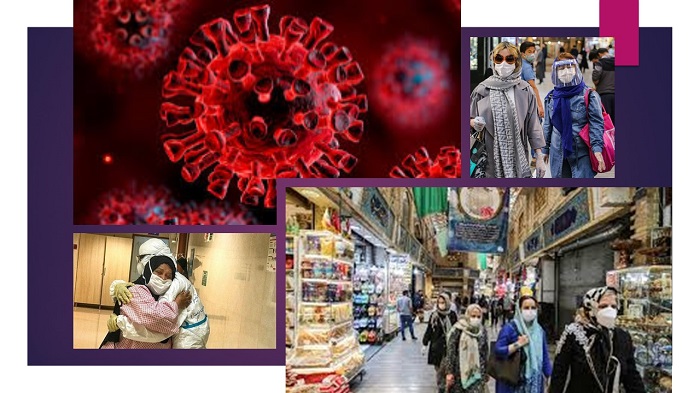 Babol University of Medical Sciences spokesperson said: “The situation in Mazandaran is critical, and the number of COVID-19 hospitalizations has been increasing sharply since last week,”. (IMNA news agency, July 21, 2021)

(PMOI / MEK Iran) and (NCRI): Thousands die due to coronavirus in Iran and the regime is unable to stop it.