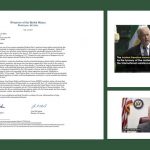 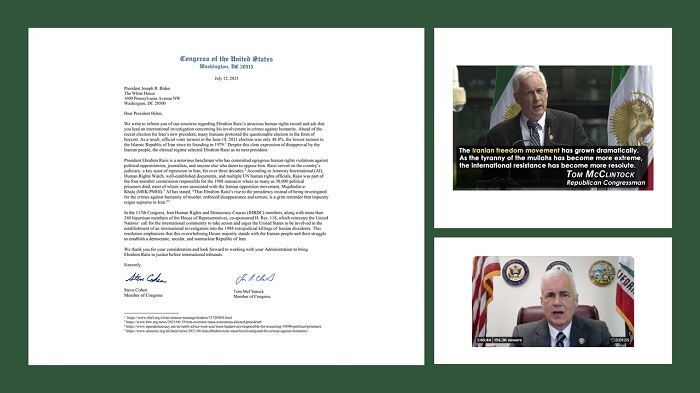 (PMOI / MEK Iran) and (NCRI): 249 Leaders from the U.S. Advocate for the Iranian’s Quest of Freedom.

Recently, Congressman Tom McClintock of California addressed an announcement by 249 members of the United States House of Representatives. They expressed the advocacy for the Iranian people’s struggle for a democratic nation. They also condemned the Iranian government’s human rights crimes and state-sponsored terrorism.

“A solid majority of the entire House and made up of Republicans and Democrats — have co-sponsored House Resolution 118 – Expressing support for the Iranian people’s desire for a democratic, secular, and non-nuclear republic of Iran and condemning the violations of human rights and state-sponsored terrorism by the Iranian Government,” said McClintock.

“I have written to President Biden to call attention to this resolution and urge his Administration that the United States must hold Iran’s corrupt regime accountable for its crimes against its people and its continued sponsorship of global terrorism.” The statement read.

In March 2019, Khamenei appointed Raisi as Chief of Judiciary. Since then, Raisi’s history of executing democratic activists has proceeded with more revenge. Raisi supervised 251 people’s executions, in 2020, and in 2021 there were 267 people and the number keeps growing.

Khomeini to carry out his infamous fatwa

As deputy prosecutor of Tehran, Raisi was one of four people who, in 1988, was named by the Supreme Leader Khomeini to carry out his infamous fatwa to massacre imprisoned activists affiliated with the main democratic opposition. As a result, thirty thousand political prisoners, mostly members of the MEK, were summarily executed in a couple of months during the massacre.

The Iranian government denies the atrocity

“To this day, the Iranian government denies the atrocity and continues to call on the Revolutionary Guard to use violence against peaceful protesters and political dissidents,” McClintock remarked. “Our resolution acknowledges the massacre and demands long-overdue accountability for current senior Iranian officials who sanctioned the death committee.”

“This regime has made clear that it intends to break any agreement, tell any lie, and commit any atrocity to obtain nuclear weapons and once acquired, to use them against peaceful countries throughout the world,” McClintock said, addressing the regime’s continuous malign activities.

Despite the fact that, as the Iranian dictatorship has become more oppressive and severe, foreign opposition has become stronger and more resolute.

(NCRI) and (PMOI / MEK Iran): ran said it would stop abiding by several nuclear commitments, including the number of centrifuges, the percent and level of enriched uranium, and certain restrictions regarding research.

In a display of unity, the Iranian Resistance held the “Free Iran World Summit” on Monday, July 12, 2021, vowing to redouble the efforts to free Iran. The event gathered over 1,000 political dignitaries from the United States, the United Kingdom, the European Union, the Arab world, and other countries to attend the three-day Free Iran World Summit.

“Although, as the Iranian regime has become more oppressive and extreme, the international resistance to them has become stronger and more resolute…it is becoming increasingly evident that Iran’s rulers are beginning to fear this resistance.” The statement read.

Raisi has been blacklisted for violating human rights. The overwhelming majority of Congress believes that Iranian officials must be held accountable for their continuous destructive behavior and that the US should pursue a clear and strong approach to dealing with the Iranian regime. 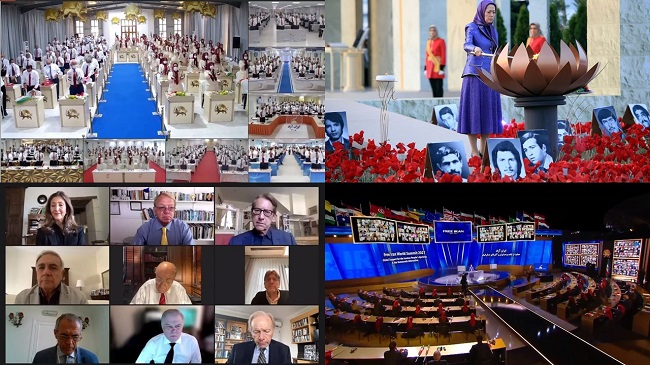