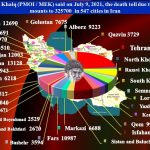 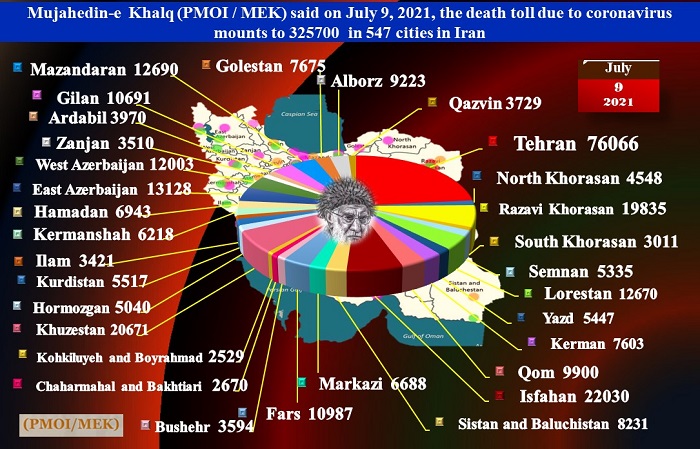 The National Council of Resistance of Iran (NCRI), and the People’s Mujahedin of Iran (PMOI / MEK Iran), reported that the coronavirus death toll in 547 cities surpasses 325,700. 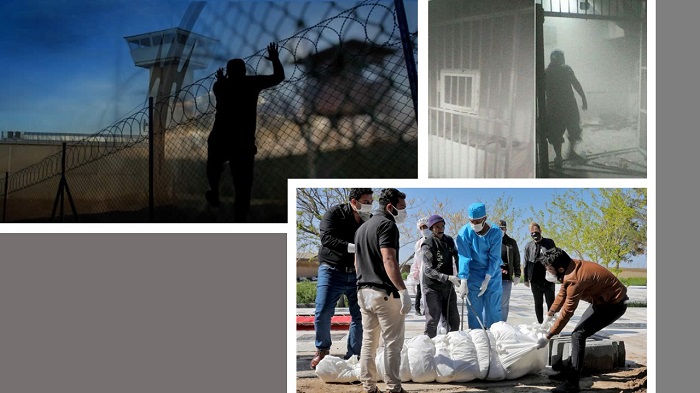 (NCRI) and (PMOI / MEK Iran): Prisoners in Iran are being affected by coronavirus across the country.

The mullahs regime’s Health Ministry spokesperson said: “engineered Covid-19 numbers from the past 24 hours on Friday as 146 deaths and 16,596 new cases, according to the regime’s official IRNA news agency. Furthermore, 3506 patients are in ICUs and 1759 of the new cases have been hospitalized”. “Based on the latest statistics we have 143 red zone cities, 186 orange and 119 yellow zones. There are no blue zone cities,”

Health Minister Saied Namaki said: “In March 2020, with quick instructions issued by the Supreme Leader to allocate one billion euros to the health apparatus. A large portion of this credit has yet to be provided,” after 15 months. (Aftab news agency, July 9, 2021)

Only 1.2 percent received the vaccine

Mostafa Moein, a former minister of sciences said: “To this day only 1.2 percent of the population has received two doses of the vaccine, whereas the global average is 17.2 percent. The elderly and those ill are waiting in lines and in poor hygiene conditions, leaving them even more vulnerable,”.  (state-run Jamaran website, July 9, 2021)

Various hospitals all on high alert

The head of NCCT in Tehran Alireza Zali said: “5600 coronavirus patients have been hospitalized in Tehran province, with nearly 2000 of them in ICUs. Yesterday we had a meeting with heads of various hospitals and placed them all on high alert,”. (ISNA news agency, July 9, 2021)

(PMOI / MEK Iran) and (NCRI): Tehran in crisis: 5600 coronavirus patients have been hospitalized in Tehran province, with nearly 2000 of them in ICUs.

Yazd University of Medical Sciences spokesperson said: “the number of the new cases are rising, adding 760 people are hospitalized, of which 122 are in ICUs. During the past 24 hours, we have hospitalized 175, coronavirus patients,”. (IRIB news agency, July 9, 2021)