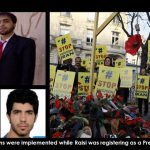 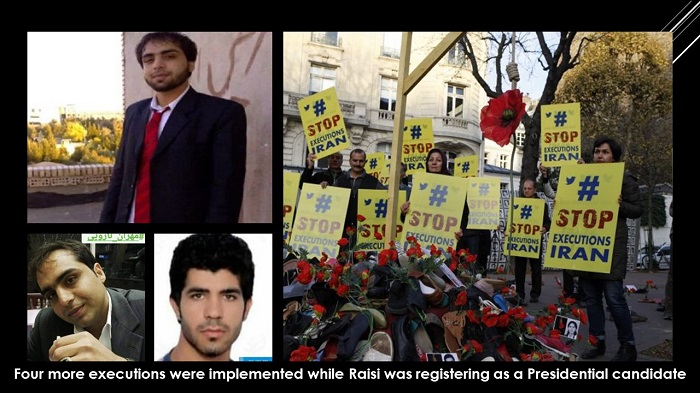 The National Council of Resistance of Iran (NCRI), and the People’s Mujahedin of Iran (PMOI / MEK Iran), reported that Judiciary Chief Ebrahim Raisi signed the implementation order for four executions. These executions were implemented while Raisi was registering as a Presidential candidate.

Executions were implemented by Raisi before registering

On Saturday, May 15, Ali-Morad Zabihi was executed in Qazvin Prison. He was a blacksmith in the Malayer district. 4 years ago, the State Security Forces detained him for transferring methamphetamine.

On Sunday, May 16, Amir Bayati, was hanged at Shiraz Prison. The judiciary had accused him of the murder charge.

He had unintentionally committed the crime during a street conflict. As of this report, state-run media had not revealed this execution.

(PMOI / MEK Iran) and (NCRI): Ebrahim Raisi, a member of the 1988 Massacre’s “Death Commission” assigned as the highest judicial position within the regime.

On Sunday, May 16, authorities hanged Jamal Mohammadi in Ilam Prison. During an oral conflict with his superior, Mohammadi lost control and killed him at a barrack in the western province of Ilam.

State-run media avoided covering the news, and the victim’s family was only informed and attended the prison to witness the execution. 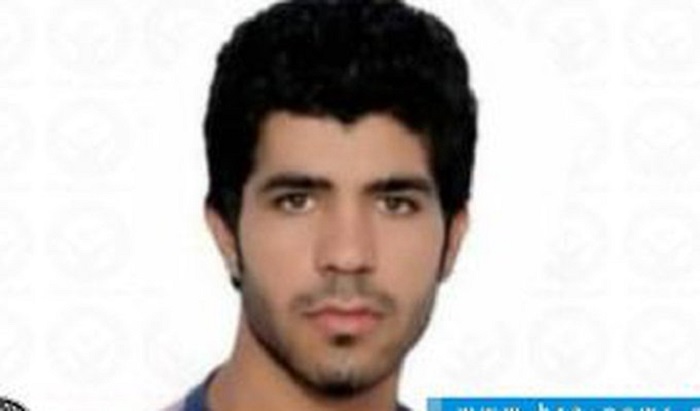 On Monday, May 17, authorities hanged Mehran Narouei, 34, in Isfahan Prison. Mehran Narouei, an ethnic Iranian Baluch, had been kept on death row for 5 years. Since a long while ago, international human rights organizations like Amnesty International had sounded the alarm over his imminent execution.

During the interrogation period, he had reportedly been deprived of access to an attorney. He had a bachelor’s degree in political science. His death sentence had been upheld by the Supreme Court in 2016, meaning he had been on death row for five years. 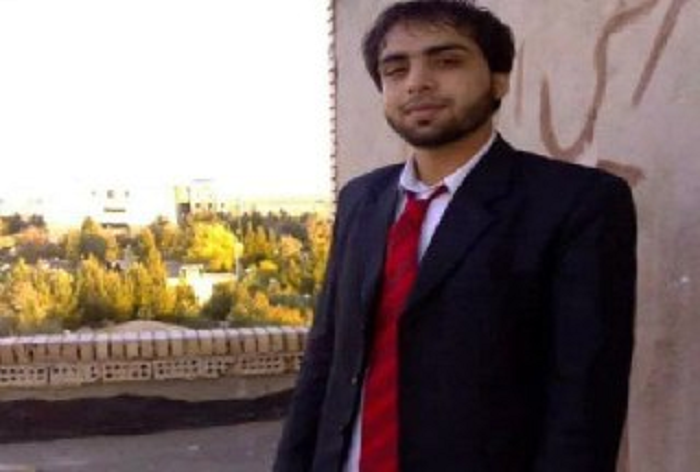 Who is Ebrahim Raisi?

The judiciary under Ebrahim Raisi has executed at least 25 inmates since the beginning of the new Persian year on March 21. Notably, many executions are implemented silently, according to human rights groups.

Ebrahim Raisi during his Presidential campaign in May 2017, present President, Hassan Rouhani described him to be an individual whose knowledge is only about executions and imprisonment. “Our people would once again announce that they do not want those who only understand execution and prison in the past 38 years,”.