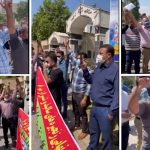 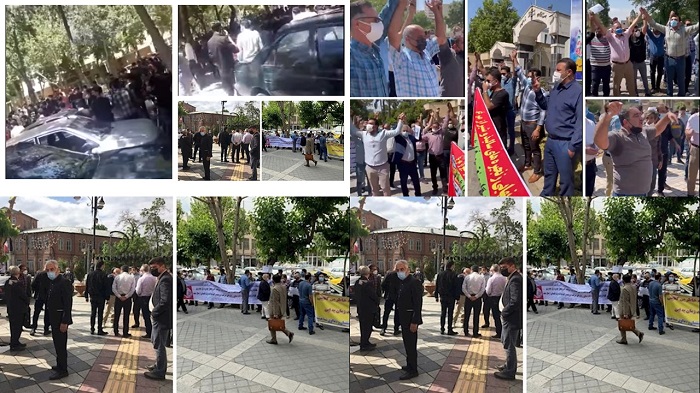 The National Council of Resistance of Iran (NCRI), and the People’s Mujahedin of Iran (PMOI / MEK Iran), reported that customers of the Azico vehicle manufacturer held a demonstration in front of the economic corruptions court of the Iranian regime in Tehran.

Protest by customers of the Azico

MEK supporters from the city of Tehran reported that on Saturday, a group of customers of the Azico vehicle manufacturer held a demonstration in front of the economic corruptions court of the mullah regime in Tehran.

The protesters are demanding the judiciary to investigate the corruption charges of this state-backed carmaker. The Azico vehicle manufacturer has failed to deliver more than 4,000 vehicles that had been purchased in advance several years ago.

Iran’s vehicle manufacturing industry under the corrupt rule of the mullahs’ regime has declined considerably. Other car manufacturing companies like Iran Khodro and Saipa have also failed to deliver the purchases of their customers. 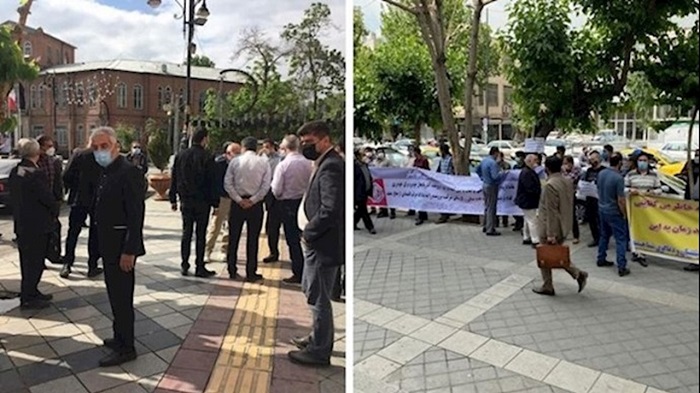 MEK supporters from the city of Tehran also reported that on Saturday, students of middle and high school in Nasim Shahr held a rally in front of the office of the education ministry, protesting the regime’s policy to hold in-person exams in this province. The students were chanting, “We don’t want in-person exams.”

MEK supporters from the city of Ilam also reported that similar protests were held in Ilam, where the students demanded in-person exams to be canceled.

Iranian people are struggling with the worst coronavirus outbreak in the Middle East, due to the regime’s destructive and criminal policies and its weak response. In such circumstances, sending students to densely packed schools to attend exams will endanger their health and further exacerbate the spread of the dangerous virus.

MEK supporter from the Urmia also reported that on Saturday, a group of creditors of the state-backed housing construction company gathered in front of the municipality offices and protested the government’s silence on their demands.

Protest by the chicken farmers

MEK supporters from the city of Shiraz reported that on Thursday, chicken farmers in Shiraz held a protest rally in front of the provincial governorate of Fars province. While the chicken farmers are struggling to sell their produce, the government has approved the construction of a large chicken farm owned by state-backed merchants. This will hurt the small farmers, who are already struggling to run their business in the continuously declining economic conditions.

One of the farmer’s placards read: “Mr. Governor, Fars province has no shortage of chicken farms. Why are you approving a plan to build a new chicken farm? You are destroying a large part of the production capacity of chicken farmers,”. Another banner read: “This was supposed to be the year of removing obstacles, not creating new ones,”.

And another banner read: “Instead of approving the construction of a new chicken farm by large capitalists, support the chicken farmers who have been driven broke by capitalists,”. 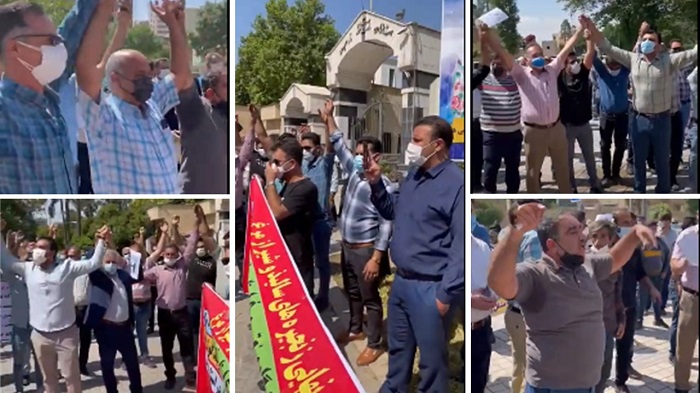 (NCRI) and (PMOI / MEK Iran): chicken farmers in Shiraz held a protest rally in front of the provincial governorate of Fars province.