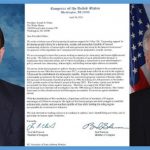 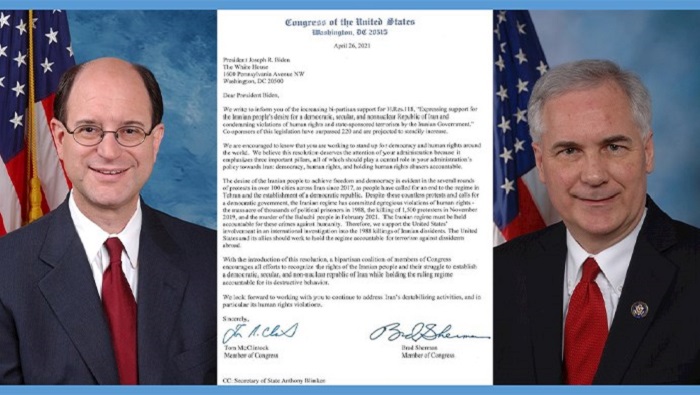 The National Council of Resistance of Iran (NCRI), and the People’s Mujahedin of Iran (PMOI / MEK Iran), reported that the Iranian regime critics feared that President Joe Biden would radically change US policy on Tehran, lifting sanctions and re-joining the flawed nuclear deal, but none of this has happened.

As a result of bipartisan support for a firm policy on Iran, as evidenced by the recent introduction of a resolution (H. Res. 118) in the US House of Representatives, and Biden’s history in the Senate of supporting people over their dictatorial regimes, it seems clear that the US won’t be conceding to the mullahs amid their many crises that led to two uprisings in less than two years.

The resolution, sponsored by 225 House members, expresses “support for the Iranian people’s desire for a democratic, secular, and nonnuclear Republic of Iran and condemning violations of human rights and state-sponsored terrorism by the Iranian Government”. It then lists the malign activities and cites them as a reason for the West to close Iranian embassies, bring the regime to justice for its crimes, and support the people’s right to protest.

(PMOI / MEK Iran) and (NCRI): the mullahs amid their many crises that led to two uprisings in less than two years.

Alejo Vidal-Quadras, the former vice-president of the European Parliament, wrote: “European leaders should also pay attention… Until they recognize the need for increased pressure on the Iranian regime, those policymakers will no doubt remain an obstacle to American lawmakers’ efforts to push their president toward policies that are as assertive as his predecessor’s, but more strategic and multilateral.”

But just why is he warning about this? Because the European signatures to the nuclear deal have already held backdoor meetings to get the US to lift sanctions and for Iran to comply with the deal, seemingly without punishment for openly violating the agreement, most recently by enriching uranium to 60%.

(PMOI / MEK Iran) and (NCRI): the EU needs to rethink its relations with Iran.

Of course, Iran’s nuclear ambitions are far from the only concern. Iranian diplomat Assadollah Assadi (and three other operatives) was sentenced to 20 years in jail by a Belgian court earlier this year for orchestrating a thwarted terror attack against the Iranian Resistance in 2018. Surprisingly, this wasn’t even the regime’s first attack on the Resistance in Europe that year, as they planned to bomb the Resistance Headquarters in Albania just three months earlier.

Vidal-Quadras wrote: “It is imperative that European policymakers and supporters of the Iran nuclear deal stop pushing back against this plainly true sentiment. It is long past time for them to join their American counterparts in acknowledging that Iran has only become more belligerent in recent years, even as it has also become more vulnerable.”