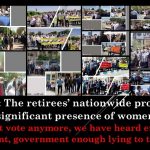 The National Council of Resistance of Iran (NCRI), and the People’s Mujahedin of Iran (PMOI / MEK Iran), reported that the retirees’ nationwide protests with a significant presence of women, “We will not vote anymore, we have heard enough lies”, “Parliament, government enough lying to the nation “.

For the thirteenth week running in the past three months, retirees and pensioners protested on Sunday, April 18, 2021, against the dire living conditions, high prices, and low wages. 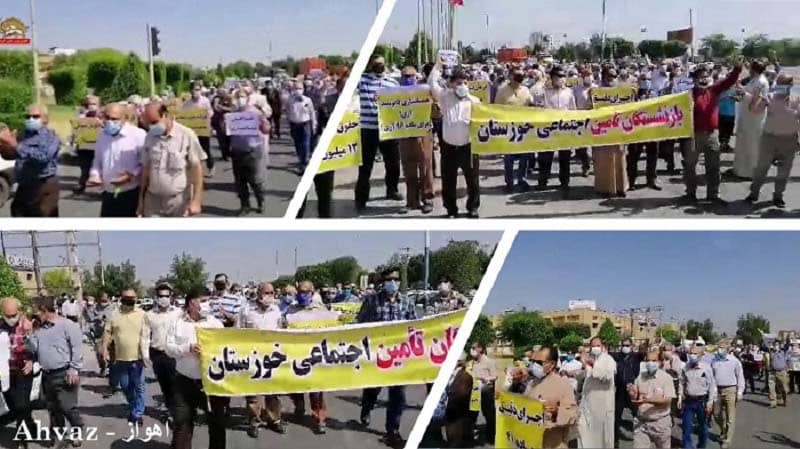 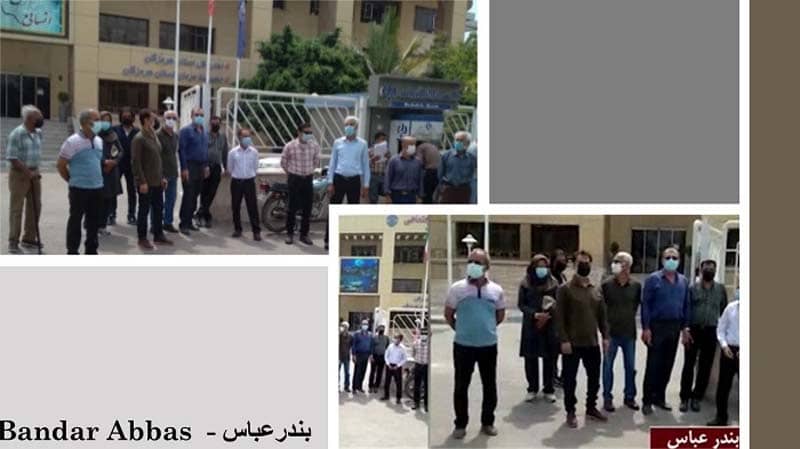 The retirees and pensioners were chanting,

“We will no longer vote because we have not seen any justice,” “Parliament, government enough lying to the nation,” “Government betrays, parliament supports,” “We will not vote anymore, we have heard enough lies,” “We will not rest until we obtain our rights,” “Only by taking to the street we can obtain our rights,” “Unity is the key to our victory,” “Our table is empty, enough of oppression,” “Teachers, workers, let’s unite,” “Arrested retirees must be released,” “Enough of empty promises, our tables are empty,” and “We share the same problems, join us.” 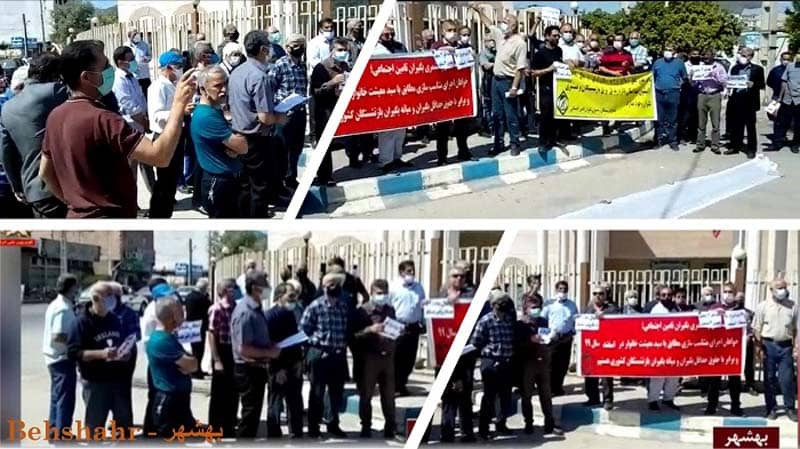 Protests held across the country 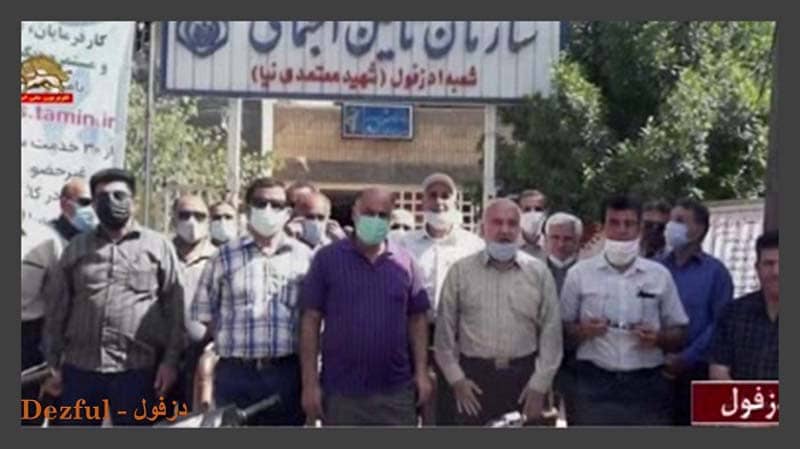 The repressive State Security Force and plainclothes agents prevented people from joining the protesters and filming or photographing the rallies.

In Tehran, demonstrators spread an empty tablecloth to protest the dire living conditions of retirees. The presence of women in Tehran’s gathering was very significant. 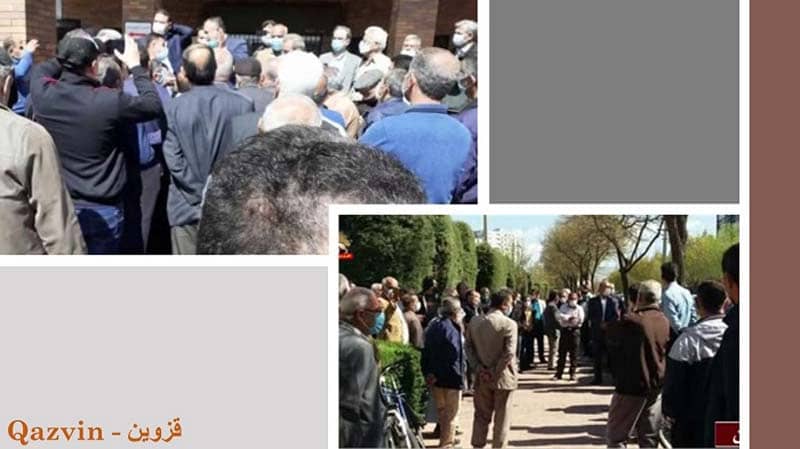 Mrs. Maryam Rajavi the President-elect of the National Council of Resistance of Iran’s (NCRI): The protests by the dignified retirees reflect the cries of protests by all Iranians to obtain their pillaged rights.

Today, Iran’s honorable pensioners and retirees once again held their protests and uprising all across the country chanting mottos that boycotted the regime’s elections.

Theirs is the voice of the Iranian public to gain their rights usurped by the mullahs’ corrupt regime. 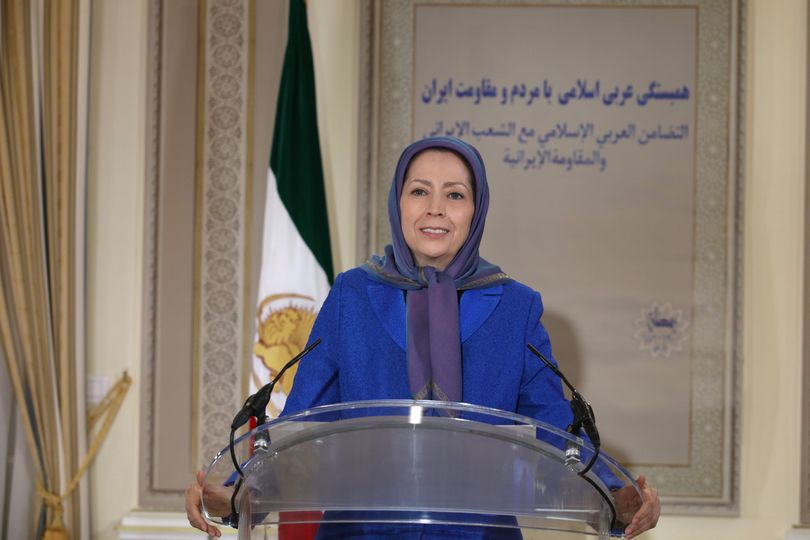 (PMOI / MEK Iran) and (NCRI): Maryam Rajavi, The protests by the dignified retirees reflect the cries of protests by all Iranians to obtain their pillaged rights. 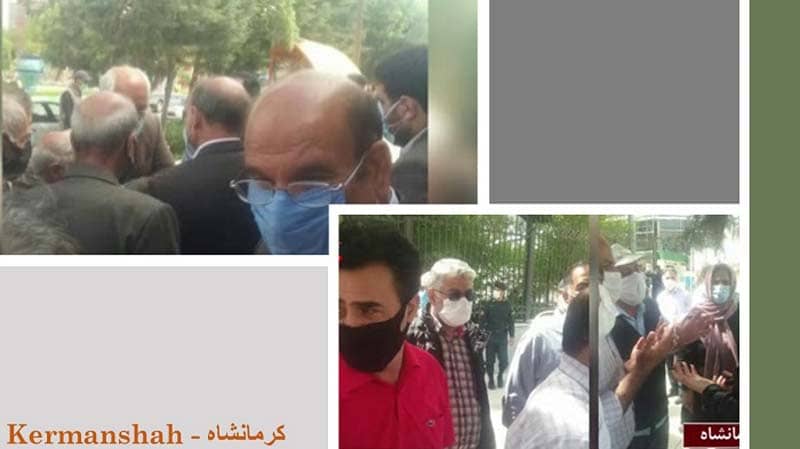 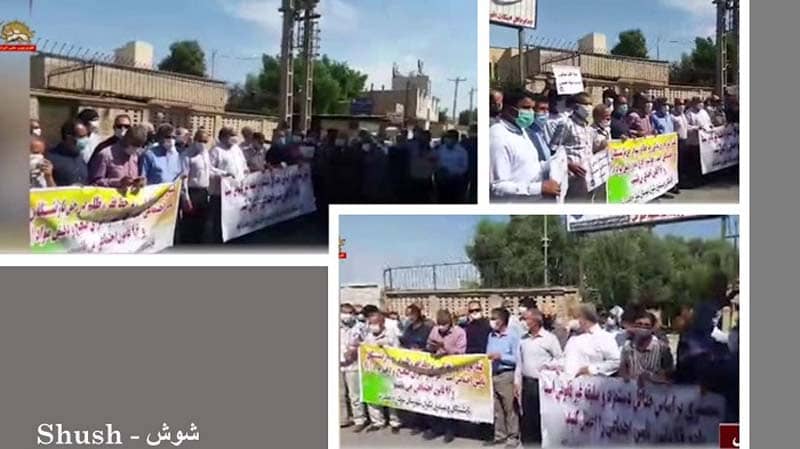 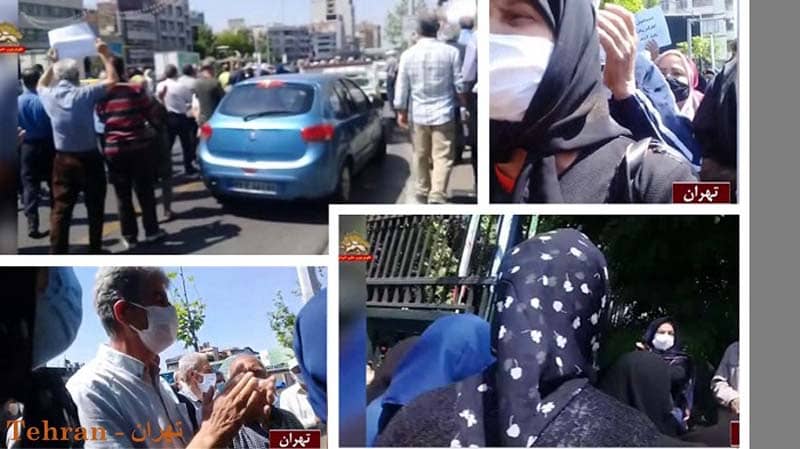 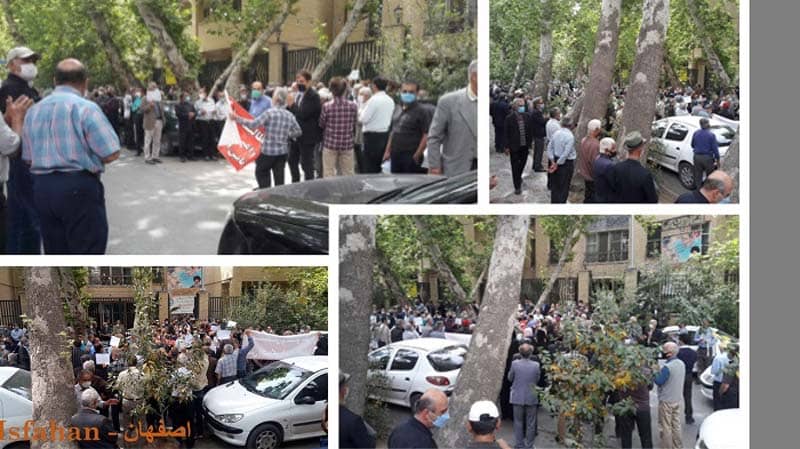 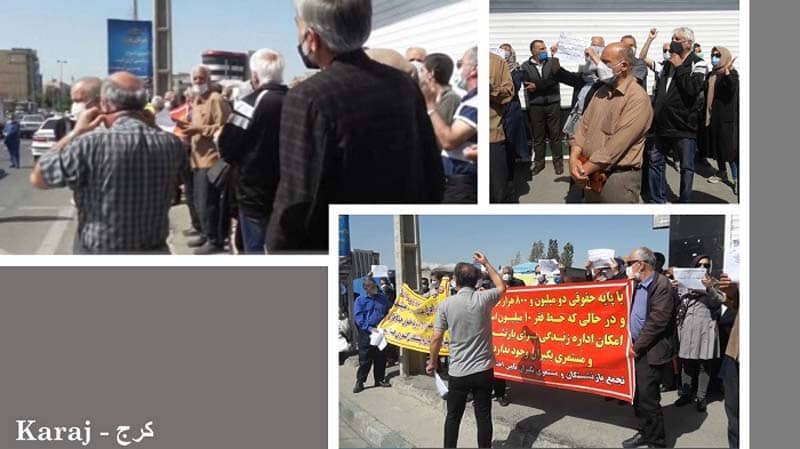 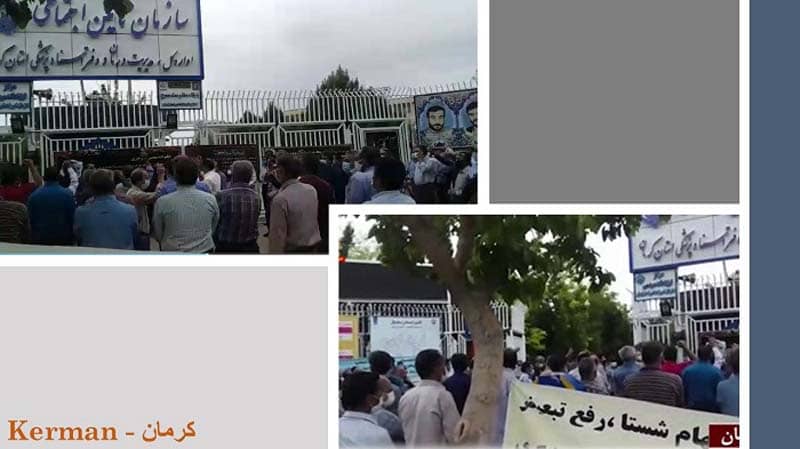