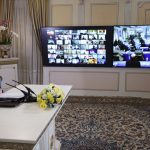 MEK Iran: Conference Marking the Holy Month of Ramadan Solidarity Among all Faiths 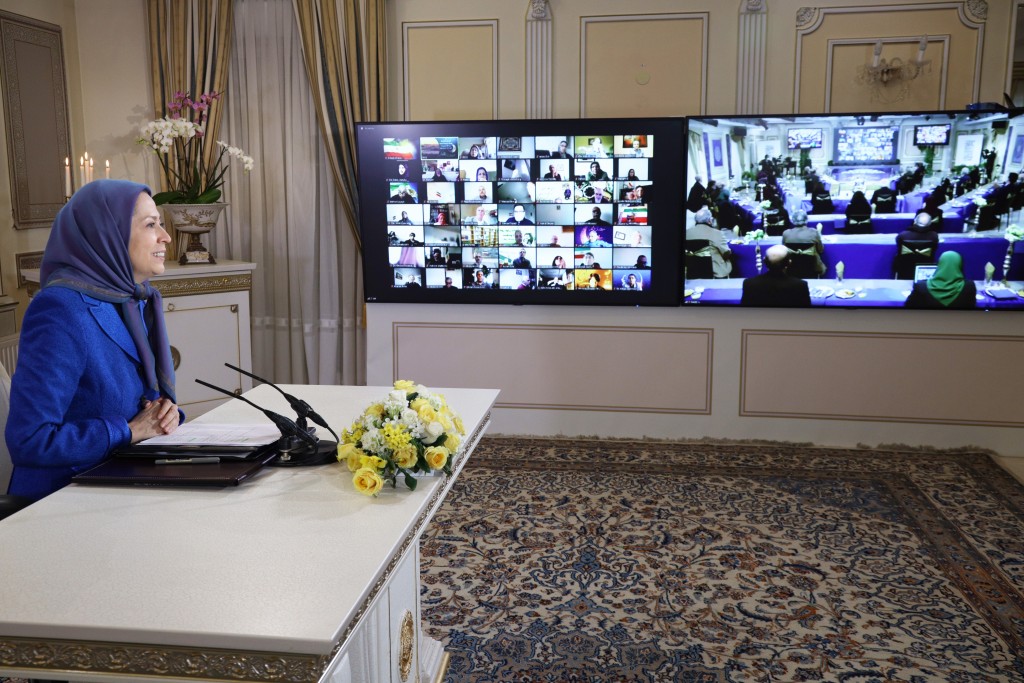 (NCRI) and (PMOI / MEK Iran): Maryam Rajavi, speech to the conference marking the advent of the Holy month of Ramadan.

The National Council of Resistance of Iran (NCRI), and the People’s Mujahedin of Iran (PMOI / MEK Iran), reported on a conference marking the holy month of Ramadan: “Islam, a religion of mercy, brotherhood, equality, and solidarity among all faiths, and against extremism”.

On Wednesday, April 14, 2021, on the invitation of the International Islamic Committee in Defense of the Mujahedin-e Khalq (PMOI / MEK Iran) and the Iranian Resistance. The conference connected over 2000 locations in 40 countries to the members of the MEK at Ashraf 3.

Mrs. Maryam Rajavi in her speech, congratulated the advent of the holy month of Ramadan to all Muslims, particularly to those in Iran and neighboring Iraq, Syria, Yemen, Lebanon, Palestine, and Afghanistan, who are victims of the mullahs’ religious fascism. 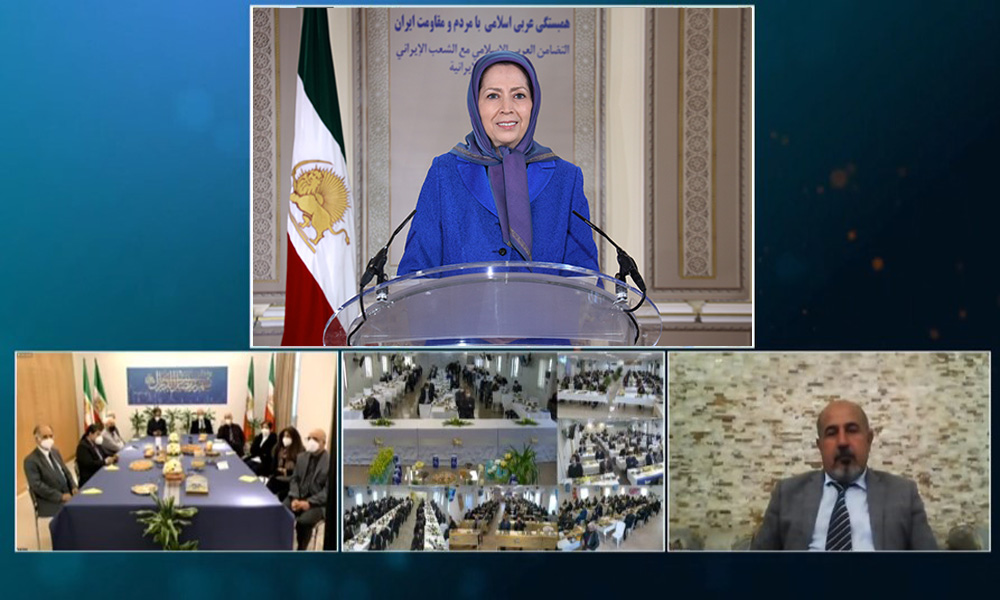 (NCRI) and (PMOI / MEK Iran): Maryam Rajavi, call on all anti-fundamentalist Muslims to stand with the Iranian people and their struggle to overthrow the regime.

She has referred to the COVID-19 pandemic: Today, the pandemic has changed the face of many countries, but Iran’s case is different. The regime ruling Iran has deliberately been seeking massive human casualties to prevent popular protests.

It has used the Coronavirus as a shield to fend off uprisings to the extent that the mullahs’ supreme leader Ali Khamenei declared a ban on the purchase of vaccines from the U.S., Britain, and France.

The mullahs’ regime ignores the warnings and requests of specialist physicians to confront the Coronavirus and reduce its fatalities. With more than 250,000 deaths out of a population of 85 million, Iran has the world’s highest death toll, after the US and Brazil. Khamenei has ultimate responsibility for the massive death toll. 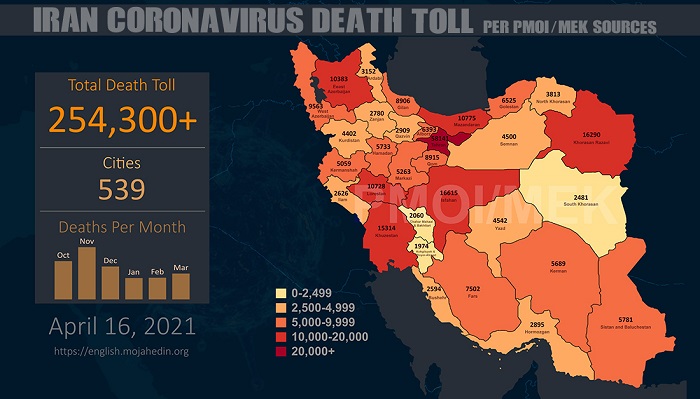 Mrs. Rajavi also has referred to the recent decision by the mullahs’ regime to enrich uranium to 60% purity as another step towards acquiring nuclear weapons, Mrs. Rajavi said: Ramadan, the month of fasting, starts in circumstances where the lives of many Iranians are devastated every day by high prices and various deprivations as millions of people are unemployed.

On the other hand, Ali Khamenei refrained from spending even a tiny portion of the trillions of dollars of his assets to the fight against the Coronavirus to provide for the public’s health and healthcare. In reality, the Iranian people simultaneously face two monsters: the virus of religious fascism and the Coronavirus, she added.

Mrs. Rajavi made the comparison between MEK’s Islam with the mullahs’ Islam, Mrs. Rajavi reiterated: Islam’s special attribute that we believe in is that it is democratic. This Islam recognizes the rights of various denominations and creeds and other schools of thought… Now let us see how different the MEK’s Islam is from what Iran’s ruling mullahs claim to be their interpretation of Islam?

The mullahs destroy Sunni mosques and prevent the construction of Sunni mosques in Iran. They have turned the Shiite mosques into centers of espionage and oppression. They close down and destroy places of worship belonging to various creeds of Shiism, like the Gonabadi Dervishes. They have also imposed double oppression on our Kurdish, Arab, Turkmen, and Baluch sisters and brothers, depriving them of their rights. 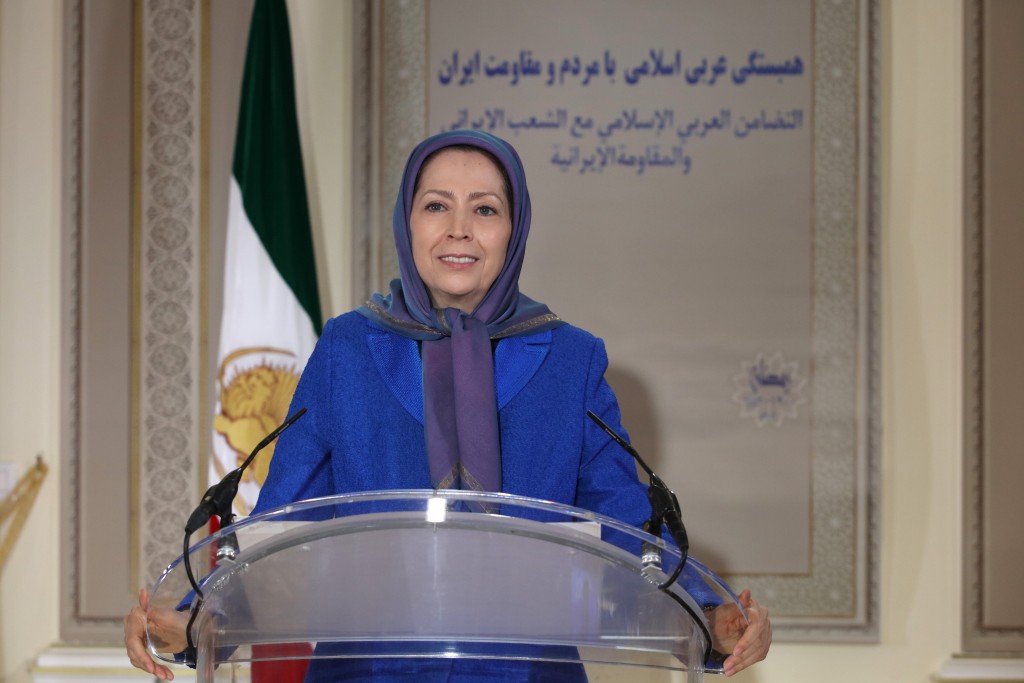 (NCRI) and (PMOI / MEK Iran): Maryam Rajavi, the struggle to establish a democratic and pluralist republic will herald the tolerant and peaceful coexistence among followers of various religions and denominations.

The mullahs are at war with humanity

Iran’s ruling mullahs, in reality, do not respect Shiite, Sunni, or any human life for that matter. They imprison and kill the Baha’is? Why do they suppress, assassinate and execute the Sunnis?

Mrs. Rajavi continued by saying so long as the mullah regime has not been overthrown, it will not abandon repression, religious discrimination, and misogyny. It will not abandon its meddling and crimes in Middle East countries because it relies on these policies for its survival. But there is a solution to this ominous calamity that has taken hostage the destinies of Middle East countries and poses the greatest threat to global peace and security.

The solution is to overthrow the mullahs

The solution is to overthrow the mullahs’ religious fascism by the Iranian Resistance and the uprising of the Iranian people. And today, the MEK, the people of Iran, and their courageous children have risen up to bring down the rule of religious dictatorship.

Mrs. Rajavi on behalf of the Iranian people and Resistance said: I urge all anti-fundamentalist Muslims, and all countries in Europe and the Middle East, to stand with the Iranian people and their struggle to overthrow the regime. This struggle to establish a democratic and pluralist republic will make possible the tolerant and peaceful coexistence of followers of various religions and denominations.