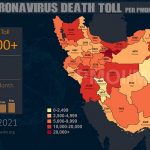 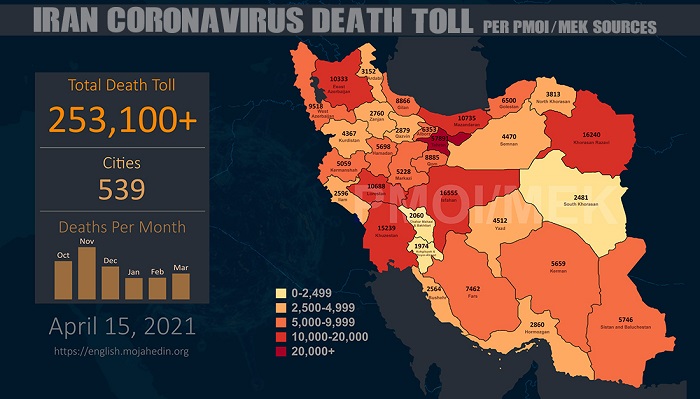 The National Council of Resistance of Iran (NCRI), and the People’s Mujahedin of Iran (PMOI / MEK Iran), reported that the coronavirus death toll in 535 cities surpasses 251,000.

Three months after Supreme Leader Ali Khamenei banned the import of approved vaccines from the US and UK, the regime has closed the economy for ten days because the situation is so serious, but they aren’t offering help to the Iranian people who really need it, so shops will still open and the virus will still spread.

After months of lies and delay, Rouhani implicitly expressed disappointment with the domestic vaccine, saying that providing the vaccine by the private sector is a top priority.

The People’s Mujahedin of Iran (PMOI / MEK Iran), has been exposing the regime’s lies about vaccine procurement, who is at fault for rising case numbers, and much more.

The National Coronavirus Combat Taskforce (NCCT) member Payam Tabarsi, said: I was very hopeful that general vaccination would end by October and November this year, but that does not seem to be the case. (State-run media outlet, Khabar Online, April 15, 2021)

the wave of new outpatients

Mullahs regime’s Health Minister Saeed Namaki, said: Next week, with a wave of new outpatients, we will experience the most challenging period in COVID-19 management in the past 14 months. (ISNA news agency, April 15, 2021)

The head of NCCT in Tehran Alireza Zali, head said: For the first time, all cities in Tehran Province are red. Alborz Province, after Gilan, is experiencing the highest infection rate. (State-run media outlet, Shafaghna, April 15, 2021)

The NCCT Scientific member said: The situation in Tehran is catastrophic. The number of patients is high, and there are no beds available for new patients. (State-run media outlet, Donya-ye Ma’dan, April 15, 2021)

(PMOI / MEK Iran) and (NCRI): MEK has been closely monitoring the Coronavirus outbreak since the very start.

Mrs. Maryam Rajavi the President-elect of the National Council of Resistance of Iran (NCRI) said Khamenei’s ban on the purchase of COVID-19 vaccines is a crime against humanity. He is responsible for the deaths of thousands of our oppressed and deprived compatriots due to the Coronavirus.

I sincerely call on all my compatriots to set up a nationwide aid movement in Iran to help those infected with COVID19. Provide financial support to the families who have sick relatives. Encourage the spirit of resistance. Do not allow fear and despair to overcome the people. 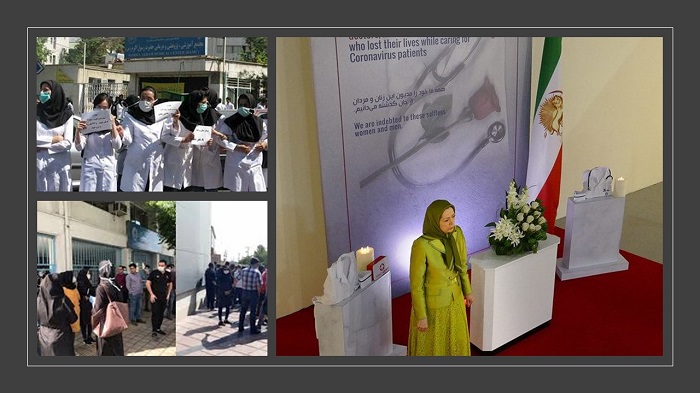 (PMOI / MEK Iran) and (NCRI): Maryam Rajavi said Khamenei’s ban on the purchase of COVID-19 vaccines is a crime against humanity.