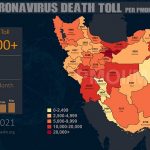 Written by Amineh Qaraee on April 8, 2021. Posted in NEWS 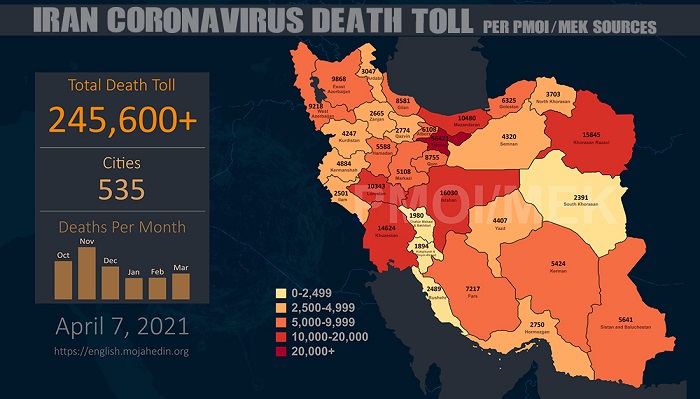 NCRI and (MEK/PMOI),Expediency Council Member said the risk of the uprising by the poor is higher than in November 2019. COVID-19 is preventing it.

The National Council of Resistance of Iran (NCRI), and the People’s Mujahedin of Iran (PMOI / MEK Iran), reported that the coronavirus death toll in 535 cities surpasses 245,600.

In January regime Supreme Leader Ali Khamenei banned American and British vaccines. On WHO-approved vaccines, Khamenei added, “… there is no trust in these either… Of course, I am also not optimistic about France.”

Mullah regime’s Health Ministry said: The COVID-19 status in 257 cities, including all provincial and metropolitan centers, are red, 129 cities are orange, 51 yellow, and 11 blue. In the coming days, we will see an increase in deaths. (IRNA news agency, April 7, 2021)

Mullah regime’s Deputy Health Minister Iraj Harirchi said: Now 85% of our cities are in red and orange COVID-19 state. It is predicted that the death toll will reach 600 daily. (State TV, April 7, 2021) 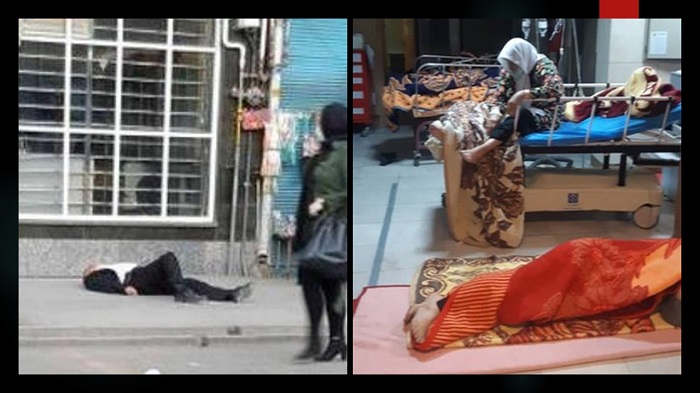 The alarming situation across the country

The Scientific Committee of the national Coronavirus Combat Taskforces (NCCT) member said: ICUs and hospitals will be full of COVID-19 patients, and deaths will rise for at least the next two months. (Mehr news agency, April 7, 2021)

In Fars province, on Wednesday 22 counties were red zones and the rest were orange. The dean of Fars Medical Sciences University is saying that 2,000 new cases were identified in a single day and the capacity of coronavirus hospitals has become full. (Mehr news agency, April 7, 2021)

Mrs. Maryam Rajavi the President-elect of the National Council of Resistance of Iran (NCRI) said the ghastly new wave of the coronavirus is taking more lives every day because of the clerical regime’s criminal policies, and Khamenei is the main culprit in this massive loss of lives.

While extending my heartfelt sympathies to the families who have lost their loved ones due to the coronavirus, I call on young people in Iran to rise in solidarity and rush to the aid of the sick and vulnerable people.

MEK: The situation for nurses in Iran is worrying, with many living with constant job insecurity and poor working conditions.