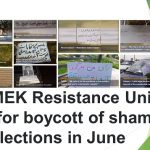 Anti-Regime Activities of the MEK’s Network Inside Iran, Calling for the Boycott of the Election Sham

Written by Esmail Mohades on April 4, 2021. Posted in NEWS

The National Council of Resistance of Iran (NCRI), and the People’s Mujahedin of Iran (PMOI / MEK Iran), reported that the internal network of the MEK organized a vast campaign across Iran calling for the boycott of the regime’s election sham.

A nationwide campaign against the mullah regime

The network of the People’s Mojahedin Organization of Iran (PMOI / MEK Iran) inside Iran continued its nationwide campaign against the mullah regime’s upcoming sham presidential election.

The members of MEK’s network, known as the Iranian Resistance Units, in various cities, installed anti-regime banners and slogans.

Slogans were written on banner and placards

Their slogans include: “My vote is overthrowing of the mullahs’ regime and yes to a democratic republic,” “Let’s hope for the mullahs’ departure with the boycott of the sham presidential election,” and “freedom for all Iranians,” their posters read in part.

(NCRI) and (PMOI / MEK Iran): Anti-regime activities of the MEK’s network inside Iran, calling for the boycott of the election sham – April 2021.

These anti-regime activities in various cities 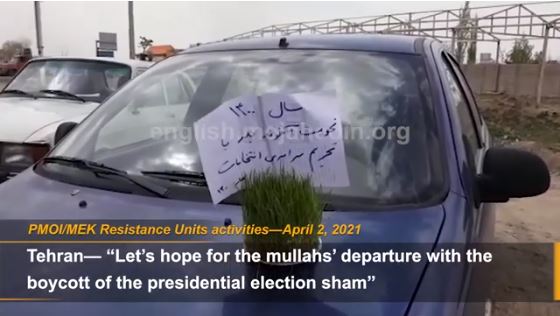 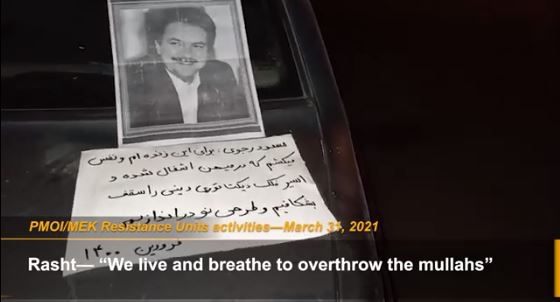 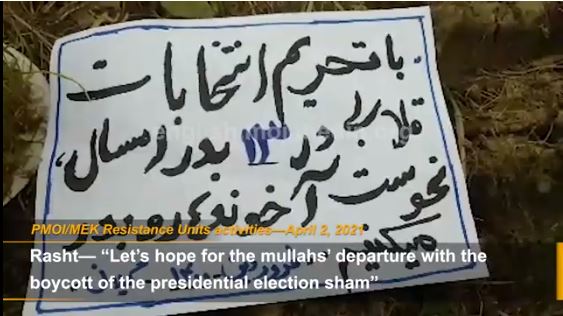 In Ahvaz, the Resistance Units also installed huge banners of Maryam Rajavi, the President-elect of the National Council of Resistance of Iran (NCRI), that that called for an all-out boycott of the regime’s sham presidential election.

Arash from Mashhad said in his video message, “Sooner or later, we will overthrow the mullahs and we will stand until the end.” 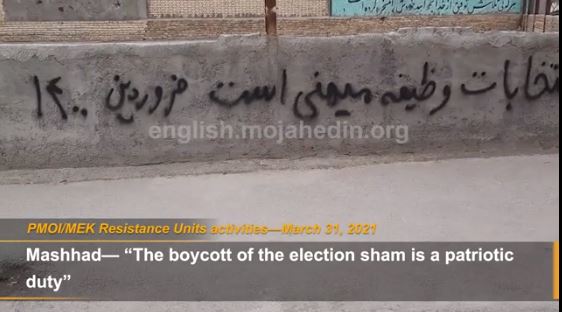 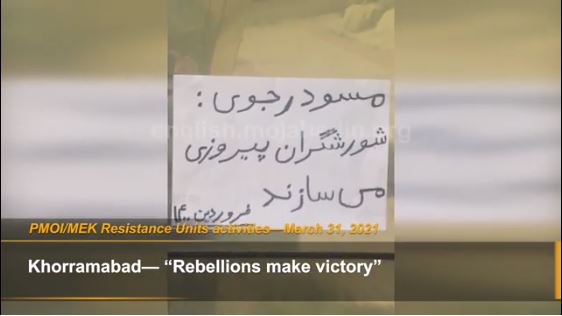 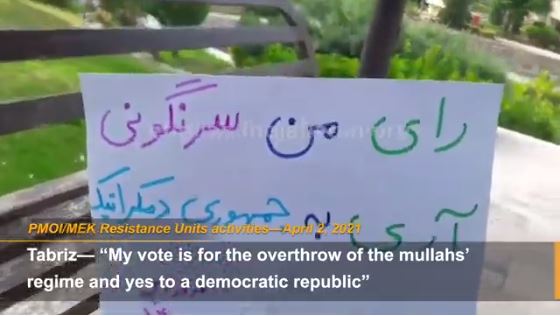 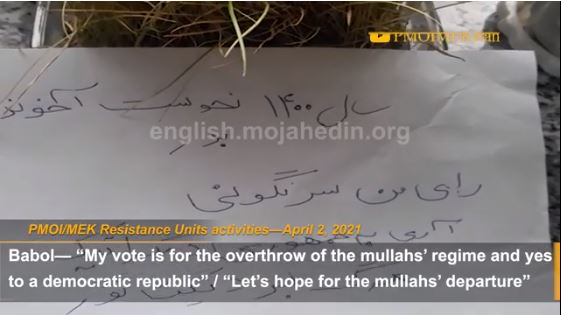 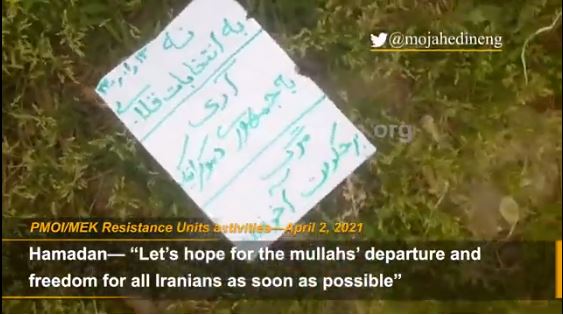 Previously, Ali Khamenei warned on March 15 in this regard said: “The Enemy is lying in ambush. We must repeat this so that people don’t forget it. The enemy is working constantly to discourage the youth.”