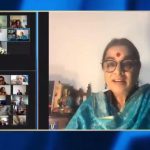 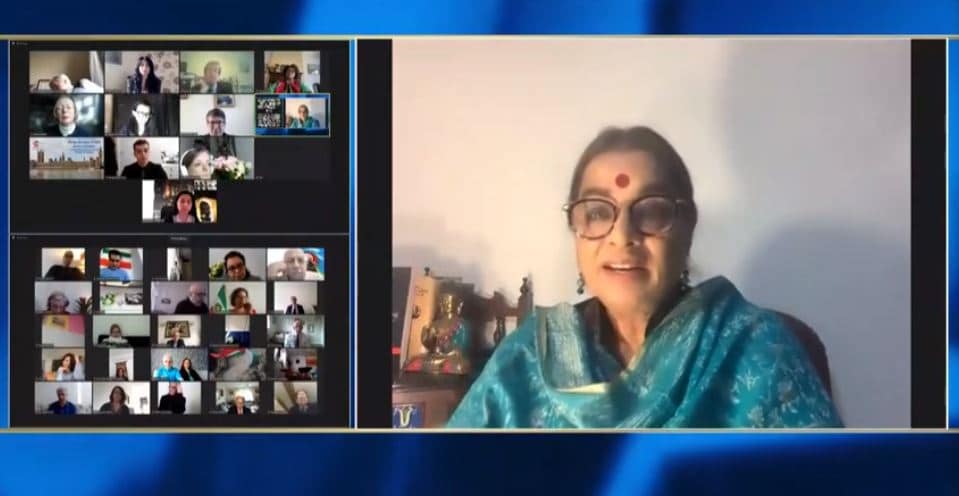 The regime will change

Thank you very much for inviting me to this very important conference. On a very special day, International Women’s Day, dear Mrs. Rajavi and dearest friends, I would like to salute your brave struggle and your leadership for the freedom of sisters of Iran, people of Iran.

I have been part of your journey for a long time now and I know that when you all are fighting on the streets, cities, all of you courageously for fundamental change in Iran. And when you say that the regime will change, really give the kind of equality and freedom that women are looking for, I feel so convinced that finally, women will get there in your leadership.

Also, on this day, to the brave sisters of the Iranian resistance, a thousand women in Ashraf 3, I want to send my salam, my greetings. I joined international personalities behind Mrs. Rajavi to ensure your safety and protection, and we finally were victorious, to see the leadership of Mrs. Rajavi, that you all safely and collectively relocated. I met and visited you finally, after a long battle, and now see you more than ever determined to freedom. Your determination is a source of inspiration to the women of Iran.

The Iranian people have never ever accepted the Mullahs. They have indeed waged the most heroic resistance for 40 years, and we are proud to have been part of it, even in a very, very small way and in our own capacities. But we are with you with all the power and our hearts and the strength, and our will.

Thousands of women have sacrificed their lives in the struggle against the dictatorship and you all have merited some of those painful stories. And today, a new generation of women have entered the fight and are continuing their path. In the nationwide protests, especially in November 2019, we all witnessed the courage of women, young and old, who come to the streets to protest against this corrupt and misogynistic regime. The November 2019 protests compel the regime to acknowledge their role, 400 to 1500 killed in the protests were women. This figure speaks for itself.

Iranian women had a pivotal role in leading the protests

Even the regime wrote that Iranian women had a pivotal role in leading the protests and that their role was remarkable. Iranian prisons are packed with political prisoners today, who are suffering under intolerable conditions, and we keep getting all those reports in our part of the world. [Iranian names] and many others, you are not forgotten and we will continue to campaign for your freedom and release.

The brave Iranian women are not only fighting for their own emancipation, but also for the individual freedom of the Iranian people. Their point is that women of all nationalities, religions, and social classes should enjoy equal rights with men in all economic, social, and political contexts. And I think your 10-point program, Mrs. Rajavi, clearly spells out this commitment.

Amnesty International in a report says the Iran regime brutally cracked down on the recent Iran Protests.

Women who have proved they are the force for change in practice, and in the toughest social scenes in the battle for the overthrow of a religious fundamentalist dictatorship, and have obtained they have obtained the leadership of the uprising of freedom.

And I’m confident that it will be these very women of Iran who will defeat this misogynist regime. What Iranian women have been sacrificing for, we summarize in four words: freedom, democracy, equality, and emancipation. But where do this courage and leading rule come from? They run in resistance led by a woman, you, Mrs. Rajavi, who is the main enemy of the Mullahs in Iran.

(NCRI) and (PMOI / MEK Iran): The rise of women leaders in the MEK.

Maryam Rajavi is the role model for all women in Iran

Maryam Rajavi is the role model for all women in Iran, who today are calling for change and a bright future. And we all get inspired by your leadership, Mrs. Rajavi, and I’ve said it more than on many occasions. So, the key to you, a bright future for all people of Iran and I shall pray for the victory of your struggle, until that bright future has realized you can count on us. Thank you.