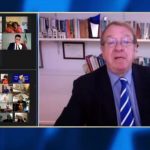 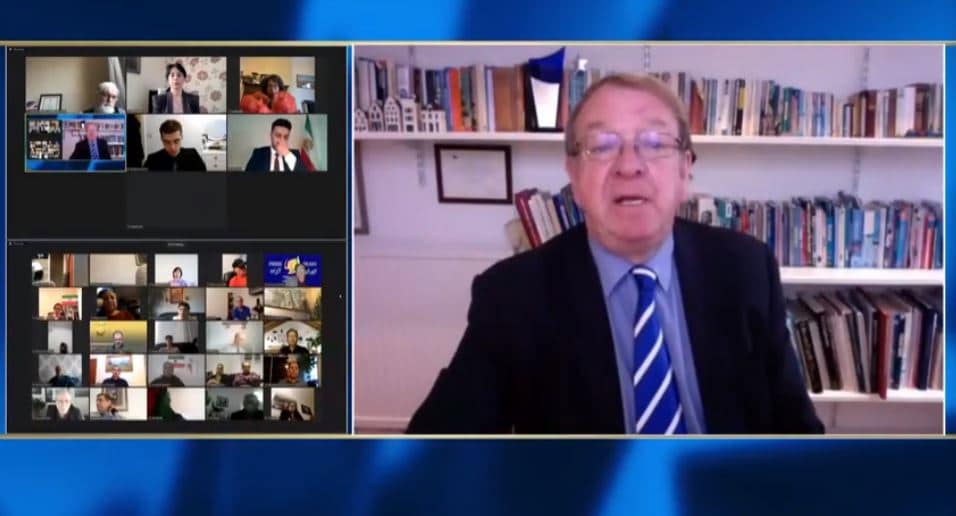 (NCRI) and (PMOI / MEK Iran): Struan Stevenson, Coordinator of the Campaign for Iran Change in Iran and a Former MEP From Scotland, speaks at the online conference marking International Women’s Day.

Khamenei has ordered that cartoon character women must wear their hijabs

On International Women’s Day, if we wish any further evidence of the misogynist lunacy of the mullahs then we should look no further than the news that Ayatollah Ali Khamenei, Iran’s supreme leader, has ordered that cartoon character women must wear their hijabs.

Now in Iran, even animated female characters in cartoons cannot reveal their hair. You know it would be amusing if it wasn’t so serious.

Women’s dress-codes are under constant scrutiny. They must wear the hijab and morality police are on relentless patrol to enforce the law.  Women, particularly young women, are singled out for brutal attacks for the crime of mal-veiling.

Girls who were deemed to be improperly dressed in the street have suffered horrific acid attacks and stabbings in assaults openly condoned by the mullahs. 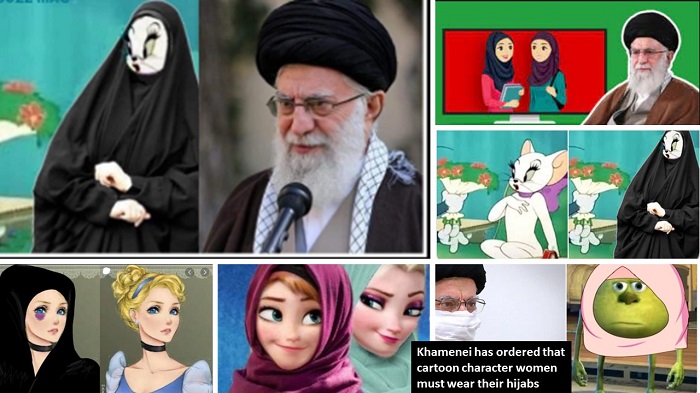 (NCRI) and (PMOI / MEK Iran): Khamenei has ordered that cartoon character women must wear their hijabs.

Teenage girls arrested for the offense of posting videos of themselves dancing or singing on social media have been publicly flogged. Young female students attending end-of-term parties have been fined and beaten.

This is what gender equality looks like in Iran today. Another hanging of a 23-year-old woman in Ardebil prison on the 22nd of February took the toll of women executed by the Iranian regime to at least 113 so far during the presidency of Hassan Rouhani, a supposed moderate.

Iran is now the world’s leader in executions per capita

Iran is now the world’s leader in executions per capita as well as executions of women and juvenile offenders. over 4,300 people have been executed since Rouhani took power in 2013 with the number of overall executions and those of women actually believed to be much higher because of the fact that most executions take place in secret without witnesses.

That’s like the entire population of a small town that has now been wiped out under Rouhani, the so-called moderate president.

Younge Iranian women are becoming increasingly engaged in the growing opposition to the mullah’s corrupt regime. They are joining the resistance units that are springing up in every town and city in Iran.

(NCRI) and (PMOI / MEK Iran): MEK supporters in Geneva, call for justice for the 1988 massacre of 30,000 political prisoners in Iran (mainly MEK activists).

In the nationwide uprisings that have taken place 10s of thousands of courageous female teachers, medical staff, nurses, students, factory workers, and pensioners have taken to the streets to demand an end to corruption, an end to discrimination and repression, and an end to the clerical regime’s aggressive military adventurism across the Middle East.

The mass protests are continuing even during the pandemic. Hundreds of women have been amongst those killed and thousands have been arrested by the IRGC, the regime’s Gestapo.

Today, Iranian women are at the forefront of the resistance to the theocratic dictatorship. Indeed the main Democratic opposition movement (PMOI / MEK Iran) is led by a woman, the charismatic Maryam Rajavi.

Brave women are now routinely joining their brothers to demand regime change and an end to the misogyny and repression which has terrorized not only the Iranian people for the past four decades but a vast part of the Middle East as well.

Addressing an International Women’s Day conference, Malala Yousafzai the Nobel laureate said, “We realize the importance of our voice when we are silenced”. Well, the women of Iran are no longer prepared to be silenced. They will be heard and their cry for freedom and democracy will resonate around the world. Thank you.

(NCRI) and (PMOI / MEK Iran): Today, Iranian women are at the forefront of the resistance to the theocratic dictatorship.