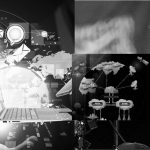 Written by Jennifer Jones-Kelley on March 24, 2021. Posted in NEWS 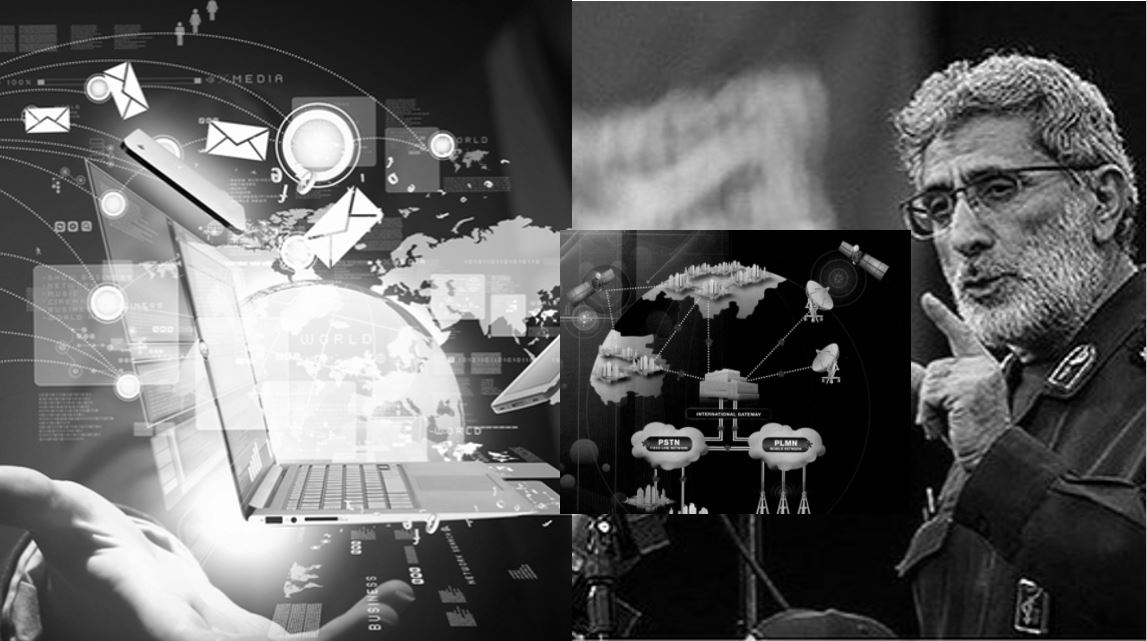 The National Council of Resistance of Iran (NCRI), and the People’s Mujahedin of Iran (PMOI / MEK Iran), reported that the Iranian regime’s Revolutionary Guards (IRGC) made new threats against the United States, according to two senior United States intelligence officials.

The Associated Press reported on Monday that the National Security Agency intercepted communications in January from the IRGC discussing plans to launch “USS Cole-style attacks” against Fort McNair.

Seventeen sailors died in the 2000 USS Cole bombing after a small boat docked next to the naval destroyer in the port of Aden in Yemen and suicide bombers detonated explosives.

“Iran has made threats against Fort McNair, an Army post in the U.S. capital, and against the Army’s vice chief of staff, two senior U.S. intelligence officials said. They said communications intercepted by the National Security Agency in January showed that Iran’s Revolutionary Guard discussed mounting ‘USS Cole-style attacks’ against the Army post…

The intelligence also revealed threats to kill Gen. Joseph M. Martin and plans to infiltrate and surveil the installation, according to the officials, who were not authorized to publicly discuss national security matters and spoke on condition of anonymity,” wrote the AP.

This newest intercepted communication is the latest in a string of hostile threats from regime leaders. On January 1, 2020, Quds Force Commander IRGC Brigadier General Ismail Qaani publicly stated that terrorists inside the United States would retaliate on behalf of the regime for the assassination of Quds Force Commander Qassem Soleimani.

“So long as there is a man around the world, he is ready to punish the cowards who did this,” he said, according to state television, adding, “With this crime, you have committed you have created another work for all the free people in the world and rest assure that someone even from inside your house, will respond to your crime.” 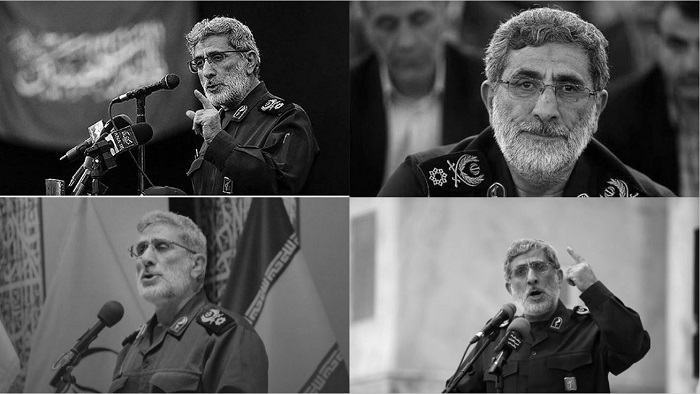 Soleimani killed in a US airstrike in Baghdad

One day prior to this statement, Qaani tweeted a reference to Salman Rushdie, the author of “The Satanic Verses.”

“We warn the U.S. President, the head of the CIA, the Secretary of Defense, the U.S. Secretary of State and other U.S. officials involved in the assassination of Martyr Soleimani that they must learn the secret lifestyle of Salman Rushdie because the Islamic Republic will revenge Martyr Soleimani blood that was unjustly shed,” he tweeted.

(NCRI) and (PMOI / MEK Iran): Qassem Soleimani, the head of Quds Force, was killed in a US airstrike in Baghdad.

Qaani made a similar threat on January 10, 2021, on State television. “We have said before, and we are saying now that your defeat and revenge have begun. You can no longer rest in your own homes.

It is not unlikely that revenge will be taken from inside your homes, and in another place, we recommend that these main criminals who committed this crime, from the President of the United States to this bastard current Secretary of State, who has hated Martyr Soleimani for many years, all of them should go to Salman Rushdie’s class and sit down and learn how to live from now on from Salman Rushdie.”

The fatwa against Rushdie reaffirmed by Ali Khameini

Supreme Leader Ruhollah Khomeini issued a fatwa against Rushdie in 1989 over the content of “The Satanic Verses,” calling for his death. The fatwa was later reaffirmed by current Supreme Leader Ali Khameini.

Rushdie was forced to live under police protection for several years. The U.K. severed diplomatic ties with Iran over the fatwa, and the Rushdie controversy continues to tarnish the regime’s image outside of its borders.

Rushdie has said in interviews that he receives a letter from the IRGC each year on Valentine’s Day confirming the regime’s vow to kill him. 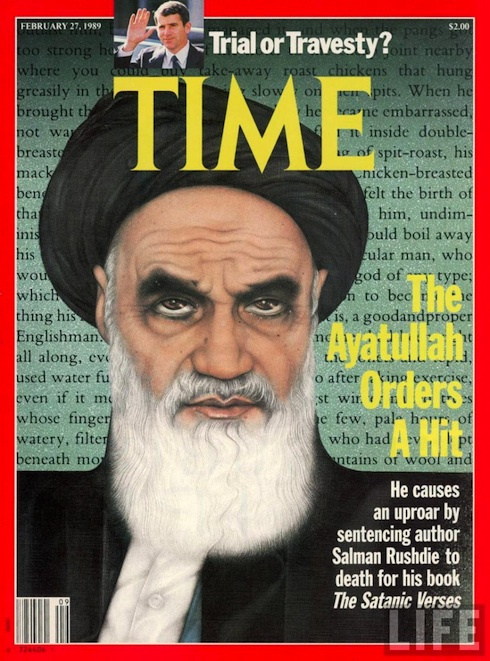 (PMOI / MEK Iran) and (NCRI): Supreme Leader Ruhollah Khomeini issued a fatwa against Rushdie in 1989 over the content of “The Satanic Verses,” calling for his death.

Response from the MEK and NCRI

The MEK condemns these threats against the U.S. and other Western countries and reiterates the need for the international community to support the Iranian people’s expressed desire for a free, democratic, and non-nuclear Iran.

On January 2, 2021, the Secretariat of the National Council of Resistance of Iran (NCRI) issued a statement about the regime’s threats. The statement emphasized that the comments “affirm the need for decisive action vis-à-vis the regime’s terrorist threats and require international action by the United Nations Security Council.

Rouhani, Raisi, and other leaders of the regime, as well as the Judiciary and regime’s media and propaganda apparatus, should all be included in the terrorist list for facilitating assassination and repression.” 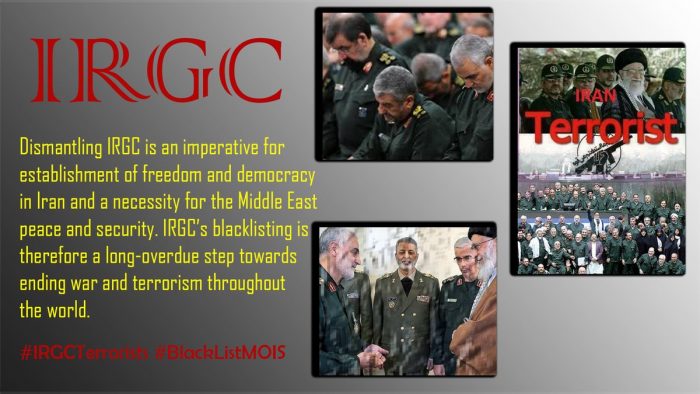