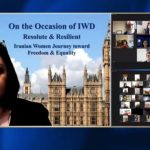 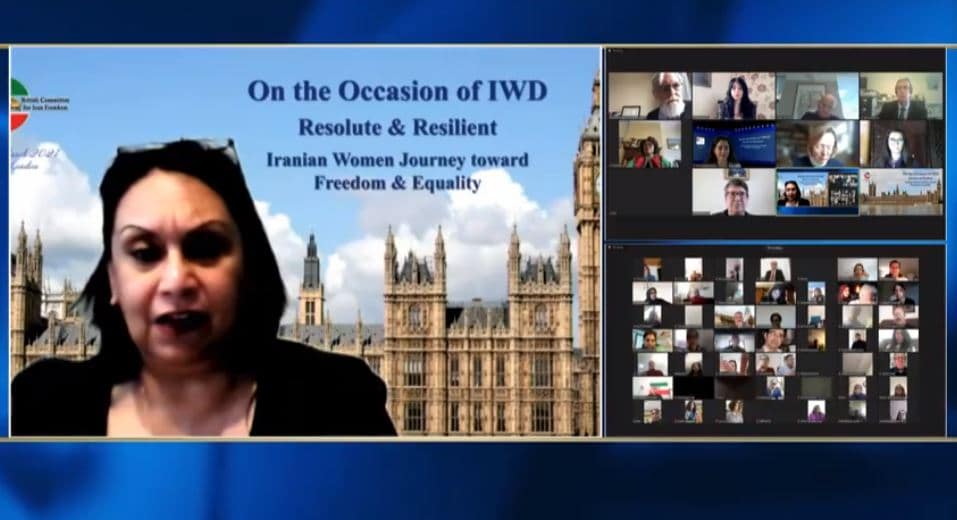 Ladies and gentlemen, it is an honor to speak at this online conference on International Women’s Day today to celebrate this very historic day for us all. All women throughout the world. So, please allow me to greet each and every one of you who are connected today on this online conference. And to all of those who hear my voice anywhere in the world, and particularly to my sisters, living in Iran, a very Happy International Women’s Day.

The International Women’s Day campaign for 2021 is Choose to Challenge. A challenging world is an alert world. We can all choose to challenge and call out gender bias and inequality, we can all choose to seek out and celebrate women’s achievements.

Battle against the COVID globally

Collectively, we can all help to create an inclusive world. All of this as we battle against the COVID globally, where women have been disproportionately impacted. And that’s why it is important that this conference brings us all together, men and women to see the challenge is already being faced by the women and girls in Iran against a global pandemic.

And with this theme in mind for International Women’s Day, let me tell you how privileged I feel to be with you to address women who have already chosen to challenge by being at the forefront of the battle. Yes, I am talking about my sisters in the Iranian resistance movement, those who embody a huge capacity are women shouldering the most difficult tasks and were taking the highest risks to liberate all Iranian women who are suffering on the gender apartheid, and for so long, have prevailed under the cleric regime, standing up against misogyny, speaking out against oppression and fighting for equality.

These women are capable of doing this because they have learned to liberate themselves under gender apartheid. They have put themselves above and before everyone else to make sure that they are the voice to be heard.

They have put aside the self disbelief that many women in our world are accustomed to and have taken on the highest and most serious responsibilities or decision-making within the resistance.

For decades, that persistence, they have sent a clear message to the Iranian regime and the Mullahs, the situation for women in Iran is unacceptable. Women have chosen to challenge and they will not give up until Iran is free despite the problems and the misfortunes of the Iranian people under such a dictatorship that is hard to bear. 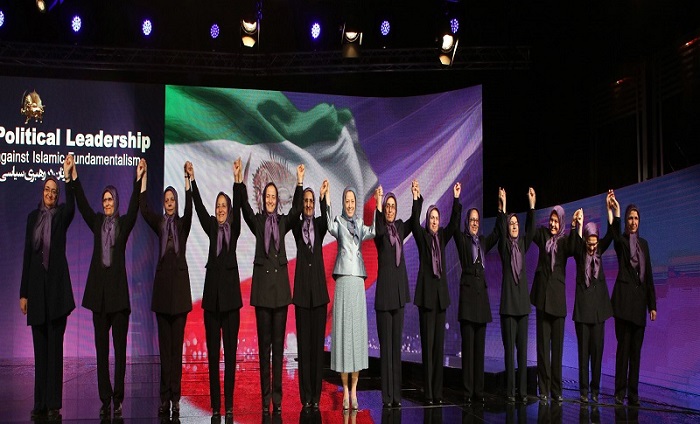 She’s a remarkable woman, with perseverance, honesty, and selflessness. She has been an inspiration to not just all Iranians, but to women across the world, who are yearning for freedom for human rights for democracy for social justice, and most importantly for gender equality.

Under her leadership, women in the Iranian resistance, those who might be described a few moments ago, have not only achieved gender parity, they occupy the leading positions of this first democratic movement, which spans from Iran to Europe, to the United States, and of course, to Ashraf 3 in Albania.

Ladies and gentlemen, my dearest sisters, please join me in welcoming our dearest sister, the great inspirational figure, a great leader, Mrs. Maryam Rajavi, the president-elect of the National Council of the Resistance of Iran, who will join us shortly online. Thank you very much.