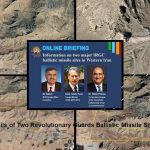 Written by Jennifer Jones-Kelley on March 19, 2021. Posted in NEWS 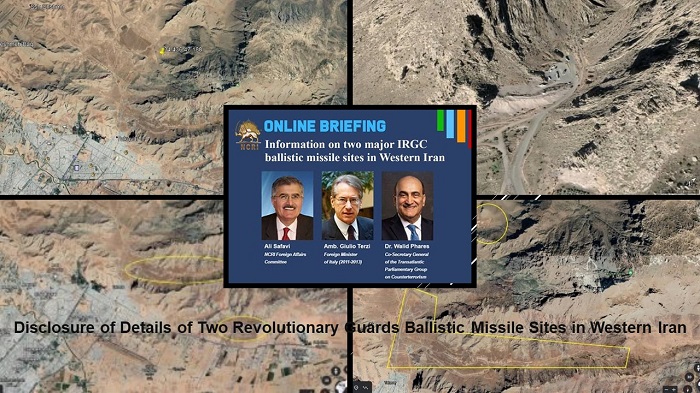 The National Council of Resistance of Iran (NCRI) Thursday held a press briefing to share new details about two ballistic missile sites in Western Iran. The Revolutionary Guards (IRGC) site has been used as part of the regime’s campaign of regional aggression and attacks on its neighbors.

Participants in the briefing included former Italian Foreign Minister Giulio Terzi and Co-Secretary General of the Transatlantic Parliamentary Group on Counterterrorism Dr. Walid Phares. A Middle East expert and an advisor to the Anti-Terrorism Caucus in the U.S. House of Representatives also participated. The briefing was led by NCRI Foreign Affairs Committee member Ali Safavi.

Mr. Safavi provided detailed information, along with satellite imagery, of two IRGC ballistic missile sites in Western Iran. Safavi also described how these sites have been used in the past. His report was based on information provided by the MEK network.

These revelations come as the United States works to negotiate a new Iran nuclear deal. The Biden administration is considering a requirement that Iran ends its ballistics missile program and regional aggression as part of any new deal. 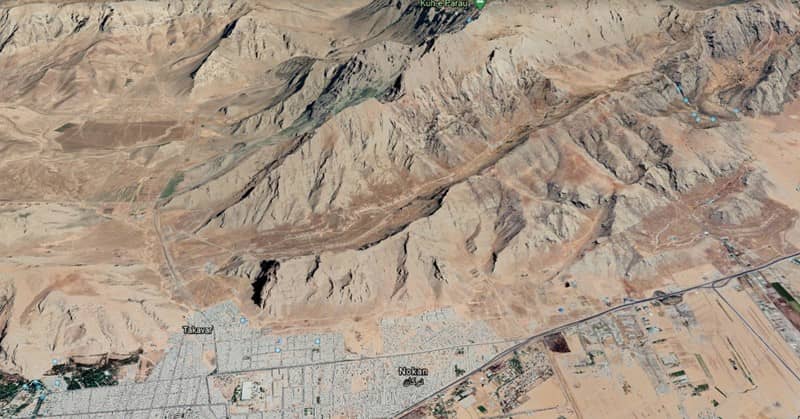 Mr. Safavi described two missile sites. The first is the Panj Pelleh missile site outside of Kermanshah. Panj Pelleh is the site of the IRGC missile command and one of its oldest and most important missile centers. The second is the Konesht Canyon missile site.

Mr. Safavi described the strategic use of both sites during the briefing. “As you are aware, after Qassem Soleimani was killed in Iraq on January 3, 2020, Khamenei ordered the IRGC to launch a missile attack on the Ain al-Assad base in Anbar province in western Iraq on January 8, 2020. The regime never stated exactly from where the missile strikes were launched,” he said. 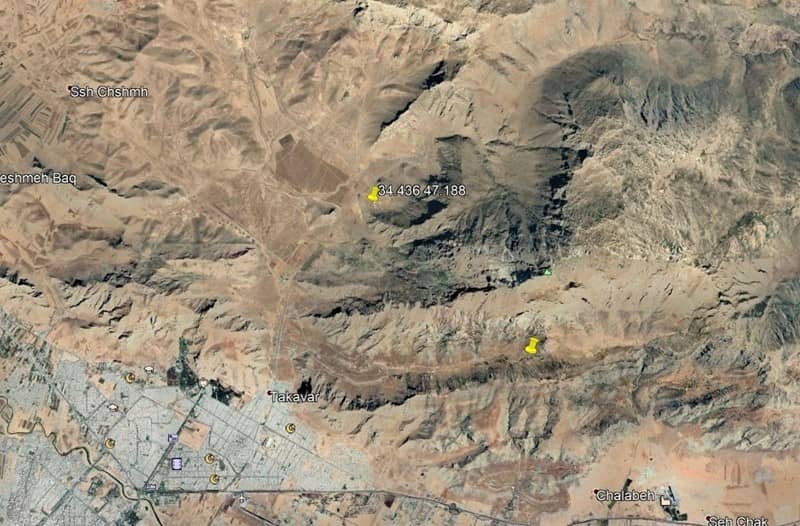 (NCRI) and (PMOI / MEK Iran): Satellite images demonstrate the general area of the site and the tunnels to the north of the site.

“According to information received from MEK sources inside Iran, specifically from within the regime, including the Revolutionary Guards, the attacks were carried out from these two missile sites. Based on information received recently, these two sites, which are in each other’s proximity, about two to three km apart from another on two sides of a mountain, are connected by underground tunnels.

“Brigadier General Amir Ali Hajizadeh, commander of the IRGC Aerospace Corps, had personally taken command of the operation and was stationed at the missile site in Panj Pelleh. According to this information, less than half an hour after the shooting down by the IRGC of the Ukrainian plane Flight 752, on the night of January 8, Hajizadeh quickly returned to Kermanshah airport and flew back to Tehran,” he added.

Mr. Safavi noted that Panj Pelleh is in a “strategic spot for housing and launching the missiles towards potential targets.” The site is completely enclosed, and residents are forbidden from entering the area. Soldiers guarding the perimeter are replaced every two months. 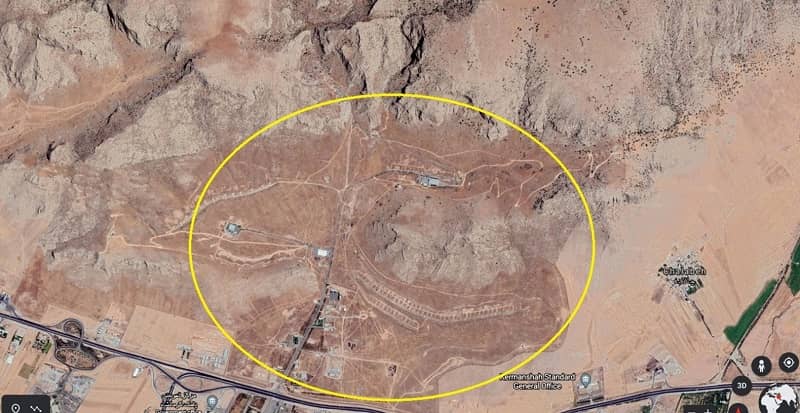 The Konesht Canyon missile site is north of the city of Kermanshah, on Iran’s western border. The site is one of the IRGC’s underground missile centers and is strategically placed for this purpose.

According to Safavi: “The area is surrounded by highlands in the north and east and therefore the site is well-hidden between the mountains. The spot is flanked by a semi-highland area and scattered residential zones on the eastside. Two towns with an almost completely military population find themselves in the south, named Takawar (Farsi for Ranger) and Zafar (Farsi for Victory). The Kermanshah Airport is located 10 km to the south, and it is closer to the missile launch facility.” 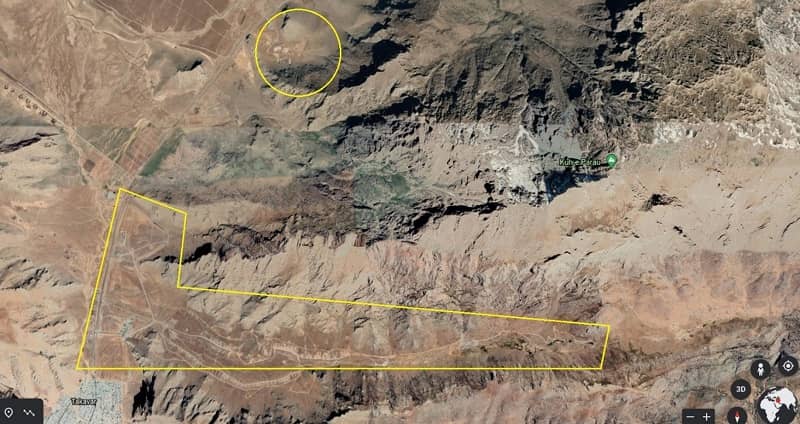 (NCRI) and (PMOI / MEK Iran): Satellite images display general geographics of the IRGC Konesht missile launch facility, and the new complex, to the north, and northeast of the City of Kermanshah.

A variety of ballistic missiles are housed on-site

A variety of ballistic missiles are housed on-site, said Safavi. The only gate to the site is a guarded entrance at the southern end of the site leading to the towns of Zafar and Takawar.

“The site includes no less than 5 bases and several sheds, well-dispersed from each other. At least 5 hatches are understood to be distanced from the tunnels which are very similar to the IRGC missile shelters and launch pads like in the video clips broadcasted by the state’s media. There are two entries for the tunnel and they appear to serve for inserting the missiles into the underground facilities for storage and keeping them ready for launch through the launch pads,” said Safavi. 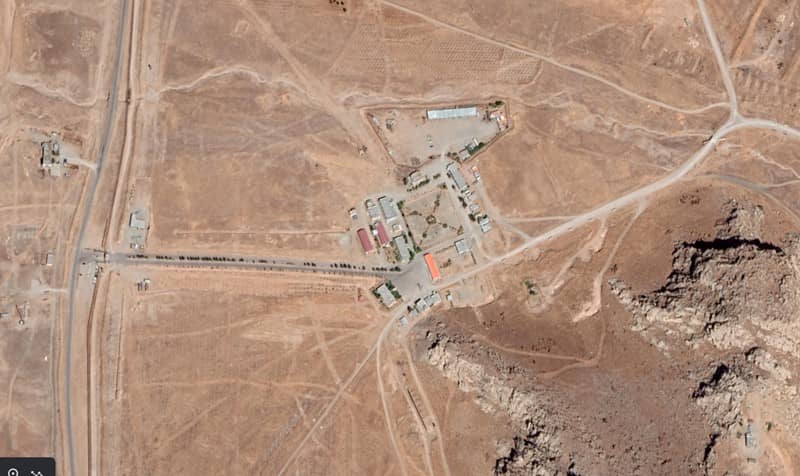 (NCRI) and (PMOI / MEK Iran): Satellite images display the military camp and the entry gate of the missile launch facility.