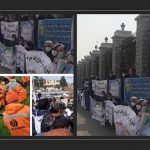 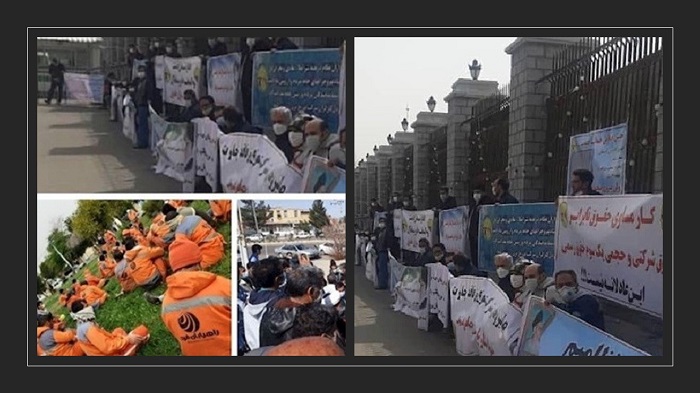 The National Council of Resistance of Iran (NCRI), and the People’s Mujahedin of Iran (PMOI / MEK Iran), reported that the Iranian workers are continuing to protest over a number of issues from unfair working conditions to late payment. Here, we will examine just some of the major protests in the past few days.

Electricity workers protested outside the parliament over failures by officials to meet the demands made in previous weeks, including full payment of overdue wages, proper hiring procedures, fair distribution of workers, and an end to the theft of their wages by contractor companies. They said that contract workers only earn one-third of what official workers do. 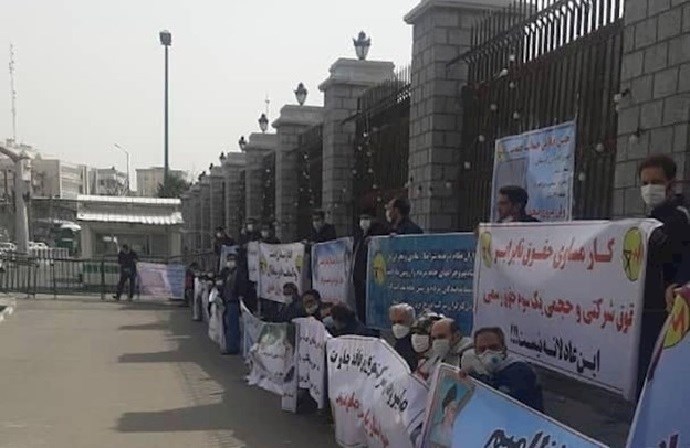 (NCRI) and (PMOI / MEK Iran): A group of electricity workers held a rally in front of the Majlis (parliament).

Meanwhile, livestock farmers from Gonabad demonstrated outside the Ministry of Agriculture over the lack of support to traditional livestock farmers, high feed costs, and low milk prices, which has led to farmers being forced to sell dairy cattle as livestock and disrupting the injury.

At the same time, municipality workers in Behbehan rallied outside the City Council over unpaid wages. 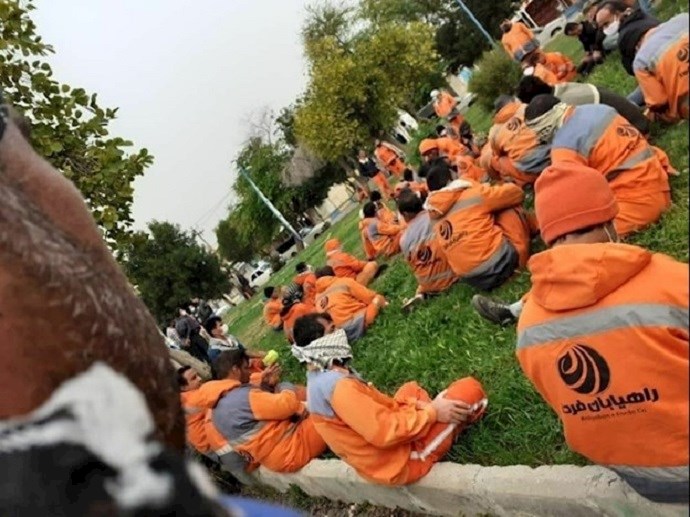 Railway workers in Karaj and Varamin continued their strike over the non-payment of their wages for several months, as well as not receiving their new year bonuses. This is their second strike in one week. The Karaj workers fear that the contractor won’t pay them once the project is complete, so they want their contracts settled and job security ensured. 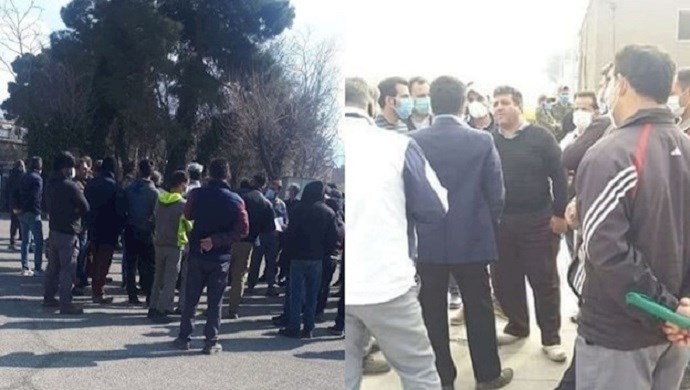 Meanwhile, workers at the Iran Maye factory in Tabriz rallied outside the factory to protest their employer’s decision to shut down the factory. 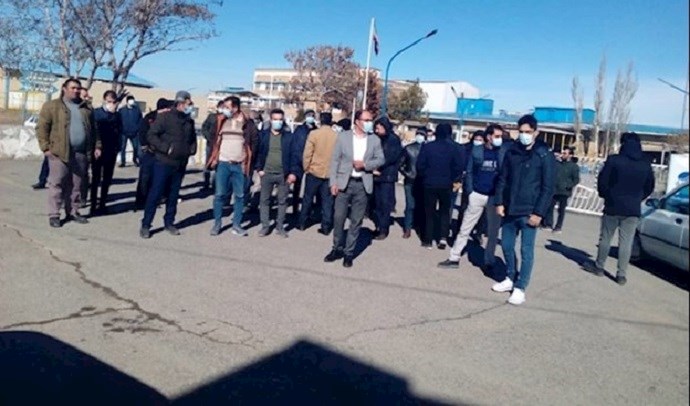 The state-run Mostaghel daily has issued a warning to regime officials that Iran is besieged by crises, both foreign and domestic, which has left 70 million Iranians “discontent”. They said that while it made have been the middle class and the students who protested in 1999 and 2009, it is now the impoverished people who don’t have anything to lose. Meanwhile, regime officials shrug off the starvation of the people and refuse to do a thing. 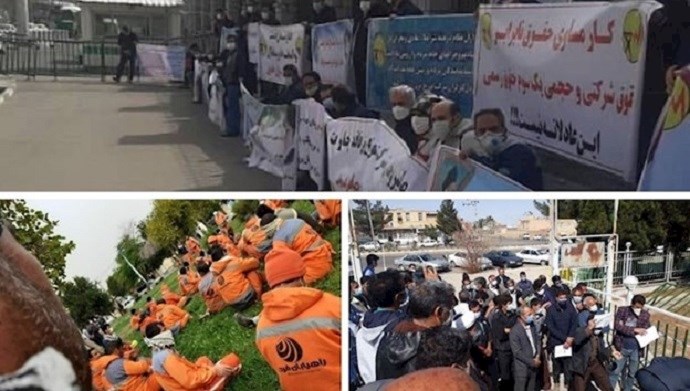 Mostaghel wrote: “Why should one of the main challenges of the people be to stand in long queues to buy poultry, oil, and other food items?

Does having strong military allies such as Russia and China and Hamas and Syria guarantee the survival and independence of our country and society?

The people are clearly seeing that after eight years, the government that is in power has done nothing to solve the people’s most basic food needs.”

It further said that the Iranian people are not fooled by the regime’s false distinction between the moderate and the hardliner because they know that the “president has no power to reform”, which indicates a boycott of the upcoming elections.