Iran: Regime’s Engineering of Statistics does not Fool the People

(PMOI / MEK Iran), and (NCRI): Economic impact of the coronavirus outbreak in Iran.

According to the Iranian opposition, The National Council of Resistance of Iran (NCRI), and the People’s Mujahedin of Iran (PMOI / MEK Iran), there has been a 90 percent increase in inflation when compared to autumn 2019.

The inflation and growth rates

It also indicated that the inflation of imported goods in autumn last year was over 588 percent and that there was a 412 percent growth in the annual inflation of commodities.

In its report issued last week, the Iranian Statistics Center detailed the inflation and growth rates, showing that there has been a very significant inflation rate. Of course, the price of products has greatly increased and it is the people of Iran that suffer the consequences.

(PMOI / MEK Iran), and (NCRI): Despite the Iranian regime’s propaganda economy is in a dire situation

The government of Iran has been talking about inflation rates reducing but these statistics show the opposite. Imported goods are seeing inflation increase dramatically and it is the people of Iran that are feeling the consequences of this – they are the ones that are paying more for their goods.

Furthermore, it must be noted that so-called “official” statistics in Iran cannot be trusted. The regime has a long history of hiding the reality in the country in a bid to make the situation look more under control than it really is. This is especially true in the areas that the regime has failed in, including unemployment, statistics regarding the Coronavirus health crisis, and so on.

The National Council of Resistance of Iran (NCRI), and the People’s Mujahedin of Iran (PMOI / MEK Iran), reported that the coronavirus death toll in 501 cities surpasses 227,800.

Economic prosperity dream for the people

The regime’s engineered statistics also have the aim of trying to persuade the public that the Iranian government and the country’s leaders are responsible for “economic prosperity” – something that is quite simply a dream for the people.

The people of Iran are well past the point of believing anything that the regime has to say. The people know that all of the crises across the country are due to the regime’s mismanagement and widespread corruption, it’s meddling abroad, its terrorist activities, its nuclear and ballistic missile development, and more. This is why there have been several significant uprisings over the course of the past few years.

(PMOI / MEK Iran), and (NCRI): Iranian Regime’s Attempts to Fix Economy will Only Make it Worse.

The explosive state of society

The state-run media outlets in Iran are continuing to warn the regime about the explosive state of society, emphasizing that the regime will be taken by surprise by the intensity of the next outburst of dissent.

The Iranian regime has been using the Coronavirus pandemic to control the people and to keep protesters at bay. However, this is just one more thing that is adding to the people’s anger and they will not forget the regime’s shocking mismanagement of the health crisis.

Iran had the advantage of being able to see how countries that got their first cases of the mutant virus reacted, enabling them to make decisions based on what has and has not worked elsewhere. However, it lied and deceived the people, ensuring that the situation degraded the whole way across the country. 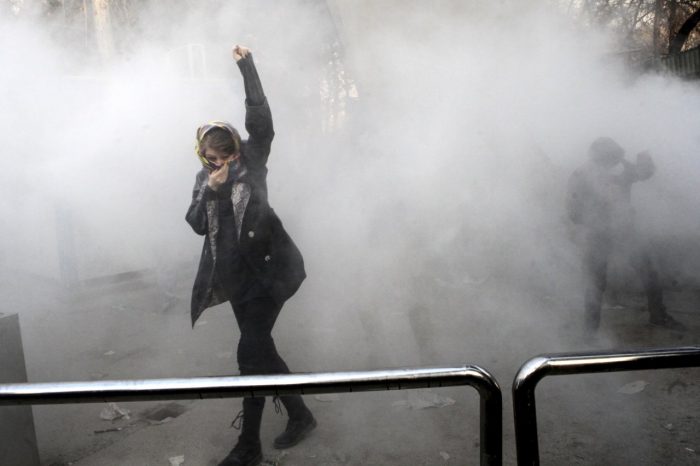 (PMOI / MEK Iran), and (NCRI): The photo symbolizes the December 2017 uprisings in Iran that have not stopped and have continued in the forms of protests and strikes across the country.