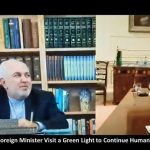 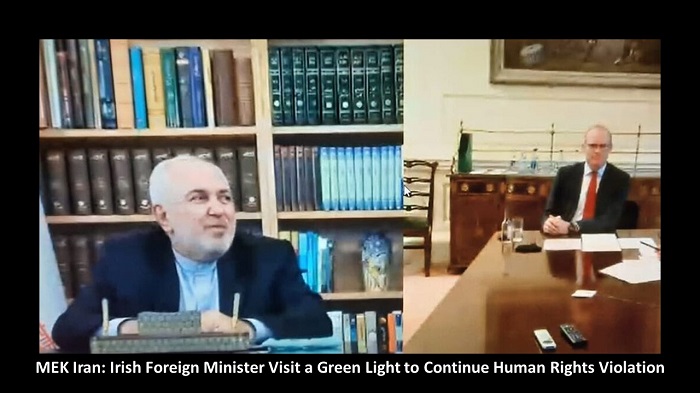 The National Council of Resistance of Iran (NCRI), and the People’s Mujahedin of Iran (PMOI / MEK Iran), reported that the visit to Iran by the Irish Foreign Minister happens at a time when more than 70 prisoners have been executed since the beginning of this year.

MEK supporters believe the Irish Foreign Minister’s visit to Tehran will be a green light to the mullahs’ regime to continue its crimes.

More than 70 prisoners, including three women, have been executed since the beginning of this year. And at least 40 Baloch protesters were killed by Revolutionary Guards (IRGC) repressive forces, over 100 wounded, and many more arrested.

Just last month, a Belgian court sentenced a regime’s diplomat-terrorist to 20 years in prison. Assadollah Assadi, the Vienna-based diplomat was convicted on the charge of organizing a bomb attack in Paris in June 2018. The gathering in Paris was organized by the Main Iranian opposition to the Tehran regime.

Assadi’s three accomplices were sentenced from 15 to 18 years for their role in the plot.

Assadi movements and activities had been watched for some time as it had been obvious that he was using his position at the Embassy to supervise clandestine terrorist activities across Europe.

Regime’s in Tehran coordinated with the diplomat-terrorist

Belgian prosecutors said that there had been clear evidence that the attack had been planned and coordinated all along by the regime in Tehran and that Assadi had been under command of Javad Zarif and his boss Hassan Rouhani.

Rouhani and Zarif, with whom the Irish Foreign Minister is scheduled to meet, have been directly involved in or tried to whitewash this terror plot. Moreover, they have been responsible for four decades of crimes against humanity perpetrated by this regime.

If the Irish Foreign Minister does not issue a strong condemnation of human rights abuses and terrorism by the mullahs regime, diplomatic trips to Iran will be construed by the mullahs’ regime as a green light to continue the violations of human rights, the export of terrorism, and warmongering abroad.

The trip is against the interests of the Iranian people

In practical terms, such trips would run counter to the Iranian people’s highest interests and to regional peace and tranquility.

In strongly condemning the Irish Foreign Minister’s trip to Iran, The Iranian Resistance urges Irish Parliamentarians and human rights advocates to condemn this visit, which emboldens the regime to execute and suppress Iran’s people.

All relations with the mullahs’ regime must be predicated on improvement in human rights and a halt to executions and terrorism.

(NCRI) and (PMOI / MEK Iran): the violations of human rights, the export of terrorism, and warmongering abroad.