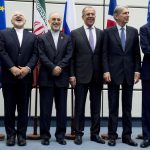 Written by Jennifer Jones-Kelley on March 5, 2021. Posted in NEWS

2021 was supposed to bring a renewed sense of optimism to the Iranian regime. Experts expected that the newly-elected U.S. President Joseph Biden would act quickly to rejoin the Joint Comprehensive Plan of Action (JCPOA), more commonly known as the 2015 Iran nuclear deal, and lift crushing oil sanctions.

Willingness to rejoin the JCPOA

The National Council of Resistance of Iran (NCRI), and the People’s Mujahedin of Iran (PMOI / MEK Iran), reported that the regime leaders assumed that the devastating toll of Covid-19 would have wiped out much of the country’s political dissidents, many of whom have been imprisoned in unsanitary conditions where the virus has run rampant.

Neither of those assumptions has proven to be true. While President Biden has signaled his willingness to rejoin the JCPOA, his terms have proven to be much more stringent than his past two successors. As for the fate of the country’s opposition, Covid-19 has indeed taken the lives of many political prisoners, but the regime failed to account for the size and scale of the Resistance Movement.

(NCRI) and (PMOI / MEK Iran): Mullah regime leaders were hopeful that a Biden presidency would bring back the era of appeasement.

No Appeasement from Biden

Regime leaders were hopeful that a Biden presidency would bring back the era of appeasement. They were so confident this was the case that they refused to comply with the terms of the JCPOA until sanctions were lifted. The Biden administration countered with its own demand that Iran ceases its ballistic weapons program and regional aggression as well as its nuclear program. The regime balked at the request, as it would essentially dismantle its foreign policy. The only other foreign operation undertaken by Iranian regime agents involves espionage and terrorist acts against political dissidents (usually the MEK).

The Vatan-e-Emrooz daily, a newspaper that is affiliated with Supreme Leader Ali Khamenei’s hardliner faction, decried this new policy in a March 1 article. “The US strategy has not changed compared to the previous administration. It seems that the strategy is the same as the usual strategy of applying maximum pressure and finally attaching the missile and regional issue to the hot stove of the JCPOA,” it read.

The state-run Aftab-e-Yazd daily published an article on March 1 that acknowledged the United States had “leverage” from its policies. It wrote: “Biden’s American behavior is essentially a sequel to Trump’s American behavior. The United States will continue to benefit from leverage such as sanctions, the U.N. Security Council, and military strikes.”

In the aftermath of the protests in Saravan County, regime officials have justified the initial killing of fuel porters that sparked the protests by characterizing the victims as “fuel smugglers.”

This tortured argument is missing a number of details. An article in the state-run Shargh daily points out that fuel smuggling is a gigantic enterprise, while the impoverished fuel porters in Sistan and Baluchestan Province transport only small amounts of fuel.

The Shargh article also writes: “The main problem is the main sources of fuel smuggling at the national level, not fuel porting at the local level.”

The smugglers who run this enterprise are affiliated with the Revolutionary Guards (IRGC). The security forces who killed the protesting fuel porters? You guessed it. IRGC.

Porters were the last people anyone expected to protest. Sistan and Baluchestan is the poorest province in Iran, and the Baluchs have been oppressed for centuries. Dozens of porters are killed each year, and Baluchs are routinely harassed and even denied university admission. Last week all that anger boiled over, and the people rose up.

This is why the regime’s crackdowns will never work. They can crackdown on the MEK, but the oppressed are everywhere. They can target women, but the youth will rebel. They can go after ethnic minorities, but the poor will say, “No more!” For many Iranians, crackdowns only make the fire of rebellion burn brighter.