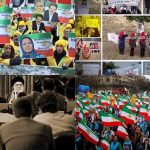 Why Is The Iranian Regime So Concerned About The PMOI / MEK?

Written by Esmail Mohades on March 2, 2021. Posted in NEWS 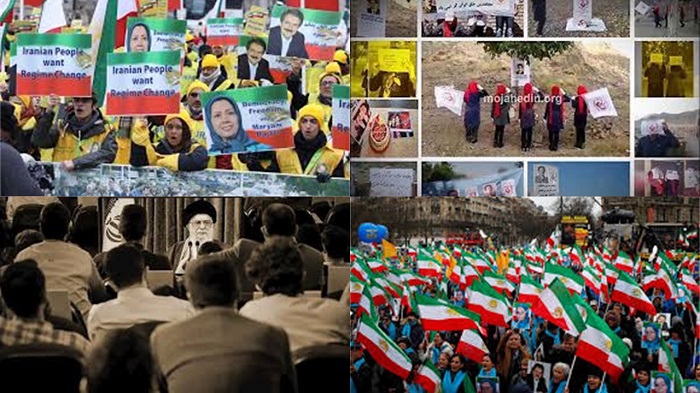 (NCRI) and (PMOI / MEK Iran): Many Iranians followed the MEK when it called for a regime change.

The People’s Mujahedin of Iran (PMOI / MEK Iran), the main opposition to the Iranian regime, has been working towards freedom, democracy, the respect of human rights, and peace for decades.

Over the past few years, the (PMOI / MEK Iran) has been playing a major role in supporting the people of Iran and amplifying their voice and calls for regime change.

The regime is very aware that the (PMOI / MEK Iran) is a major threat to its existence and it is paying a lot of attention to the organization. Not only is its opposition present when it comes to domestic challenges, but it is also present where there are international challenges.

Attention to the opposition as the enemy

State-run media outlets in Iran are also paying a lot of attention to the opposition, with many referring to the (PMOI / MEK Iran) as the enemy. The state-run Mostaghel publication wrote last week that the “enemy” is involved with many “conspiracies against the system”.

Speaking about the upcoming presidential elections in Iran, the publication also wrote that the (PMOI / MEK Iran) was behind the bipartisan resolution supported by 113 members of the US House of Representatives. The resolution condemns the Iranian regime’s state-sponsored terrorist activities against Iranian dissidents and US citizens and officials. It also expresses support for the people of Iran who have been attacked by the Iranian regime during their peaceful and legitimate anti-regime protests.

The publication also pointed out that the resolution supports the (PMOI / MEK Iran) and the 10-point plan for a future Iran as laid out by Mrs. Maryam Rajavi, the leader of the Iranian Resistance.

The Mostaghel daily wrote: “Such a resolution does not only burn the political, strategic and economic opportunities of the integrity of the system, rather it will hit us more with a terrible avalanche in the future, falling down from the hillsides of the developments against the system.”

(NCRI) and (PMOI / MEK Iran): The US House of Representatives passed a resolution, condemning the Iranian regime and drew attention to the regime’s terrorist activities across the Middle East and beyond.

The recent conviction of diplomat terrorist

With reference to the recent conviction of diplomat terrorist Assadollah Assadi, the publication even went as far as to blame the (PMOI / MEK Iran) for the “conspiracy of the Antwerp court”.

It was made very clear during the trial that Assadi was not an alone agent and that he was working on behalf of the Iranian government.

Yet the author of the articles describes the situation as a “conspiracy”, saying that this is the first time an official Iranian diplomat has been handed a prison sentence “with the slander of terrorism and the bombing at the (PMOI / MEK Iran) gathering”.

The biggest problem that the Iranian regime faces is social unrest. All sectors of society in Iran are angry at the regime’s mismanagement and protests have been breaking out all over the country over the past few weeks.

The regime is scared that any of these protests could quickly turn into a significant uprising, like the three that have occurred over the past few years.

The Mostaghel publication highlighted the role of the (PMOI / MEK Iran) during the previous uprisings, emphasizing their organizational role.

It wrote: “Through their satellite network, they do not stop encouraging the young people and others to make chaos and sedition.

The (PMOI / MEK Iran) has practically captured cyberspace and it actually invites young people to arms by producing daily clips, documents, and articles.

God knows what they have been prepared for us in the next turmoil.”