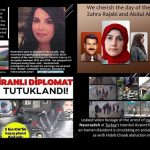 Written by Mohsen Aboutalebi on February 23, 2021. Posted in NEWS

The Iranian regime’s terrorist activity in Europe has become brazen over the past few years, as evidenced by the recent trial of terrorist diplomat Assadollah Assadi who was convicted for plotting a bomb attack against the Iranian regime’s opposition during its Free Iran gathering in June 2018 just outside Paris.

The regime’s terrorist activity in Turkey

The regime’s terrorist activity has been going on for decades, notably in Turkey. Thirty-eight-year-old member of the National Council of Resistance of Iran (NCRI) and the People’s Mujahedin of Iran (PMOI / MEK Iran) Zahra Rajabi in Turkey was assassinated by the Iranian regime in February 1996. An intelligence agent of the regime posed as a supporter of the MEK and led the assassins to the NCRI’s Fateh office.

She and her aide Ali Moradi were assassinated as they went to their office. It became clear later that the Iranian regime had sent a team from Iran to carry out the attack.

Born in Tehran, Zahra Rajabi studied architecture at university. At the end of the monarch’s dictatorship during the late seventies, Rajabi participated in the widespread protests in which the people were calling for an independent and free Iran. 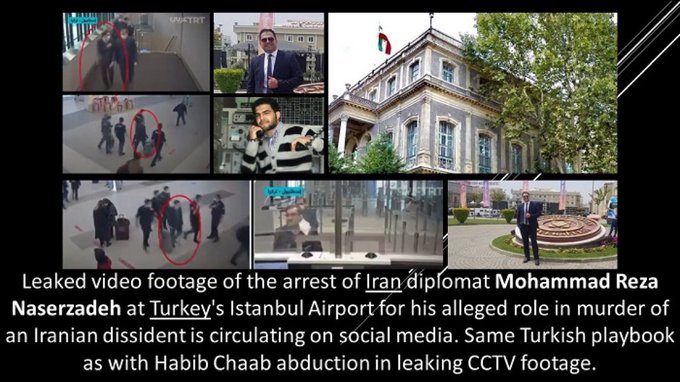 Since the regime took power, Rajabi had been very active when it comes to highlighting the regime’s malign behavior and abuses of human rights.

She became a very active member of the (PMOI / MEK Iran) and was elected to be a member of the NCRI in 1995. Appointed as the head of the NCRI’s Turkey office, Rajabi was in charge of aiding refugees who fled to escape the Iranian regime.

Her hard work was recognized by grateful refugees, but it also drew the regime’s attention. The regime’s intelligence ministry, the MOIS, was originally going to abduct Rajabi but the Supreme National Security Council (SNSC) decided on an assassination. 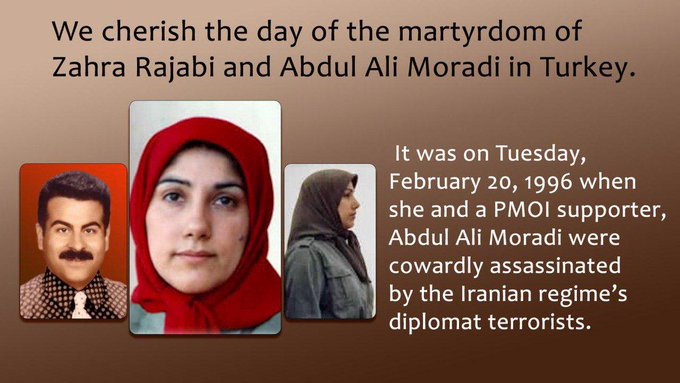 A few years previous to this, the regime arranged the abduction of Abolhassan Mojtahedzadeh, a (PMOI / MEK Iran) member, in Turkey. He was kidnapped and then tortured for four days. During one torture session, he recognized Manuchehr Mottaki – Iran’s ambassador to Turkey. Mojtahedzadeh was eventually rescued by Turkish authorities while the Iranian regime’s terrorists were transferring him to a car with diplomatic plates in an attempt to bring him back to Iran.

Another (PMOI / MEK Iran) member, Ali Akbar Ghorbani was kidnapped and tortured in 1992. His body was found by Turkish authorities in 1993.

And earlier this month, an Iranian diplomat was detained by security forces in Turkey for his role in a plot to assassinate Iranian dissident Massoud Molavi Vardanjani.

These are just a few examples of many of the regime’s activities in Turkey.

Recently, a former member of the MOIS wrote a letter to United Nations Secretary-General Antonio Guterres, giving details about the regime’s plots against the opposition, espionage activities, and its disinformation campaign. None of this was anything new or surprising, but it was one more piece of evidence consolidating everything we knew about the regime’s belligerence.

The sooner lawmakers and leaders act on this information, the better.

#IRGCTerrorWithoutBorders
October 1988, Turkish police stopped an Iranian diplomat car belonging to Iranian embassy &found a man in the trunk with his mouth taped shut. He was Abolhassan Mojtahedzadeh, a member of opposition group MEK was being taken hostage by IRGC diplomats pic.twitter.com/kISTno9BlG